I was asked to review Dawning of the Dead from the TERROR DAVES’ site, and I typed in BOLD letters “you had me at ZOMBIE APOCALYPSE!” This film has a well thought-out story line with great special effects and some great acting. I will say though that over the last few years there have been more misses than hits in this genre and I am glad to say this film falls into the latter. The director did a great job showing the global scale of a zombie apocalypse and there are many nods to the George Romero zombie classics. Improvised weapons harken to memories of Peter Jackson’s Dead Alive (1992) as well.

The films starts with two government agents chasing a man down the street and then cuts to scenes all over the globe where something we will soon learn is a Pandemic Verdi is being released via small sealed vials seemingly by unwilling participants. And so the journey begins to start as we try to figure out what is it amid mounting death toll and ramped mayhem. You should know by now I do my best to give the feel of a film without giving spoilers. Another set of details that I really liked was that they took the time to work on the back story details through the use of TV news footage and news print ads. 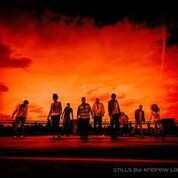 Tony Jopia, the director as I stated, did a great job. The leads Ian Sayor and Ruth Galliers are phenomenal and there is a good supporting cast. The digital effects at the start of the film could have used more time/money but when they hit you with some practical effects they are great! There is a shot ear during the opening of the film when you see the reflection of the chaos in Ruth’s eye. This looks excellent! 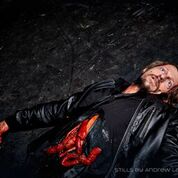 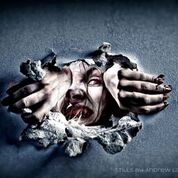 The pace of the film is very good, never losing sight of the global implications. With a running time of 1:48 it’s a well packed zombie film. The film stays focused on the reporter and the group in the television studio (yes a television studio). The kills get better and more violent as the film charges to a conclusion along with the fast moving zombies. As the truth begins to unravel the likelihood of survival begins to fade. You can catch this film on most VOD formats as well as on DVD.

I am looking forward to the director’s next film, Cute Little Buggers. Watch for review coming soon.