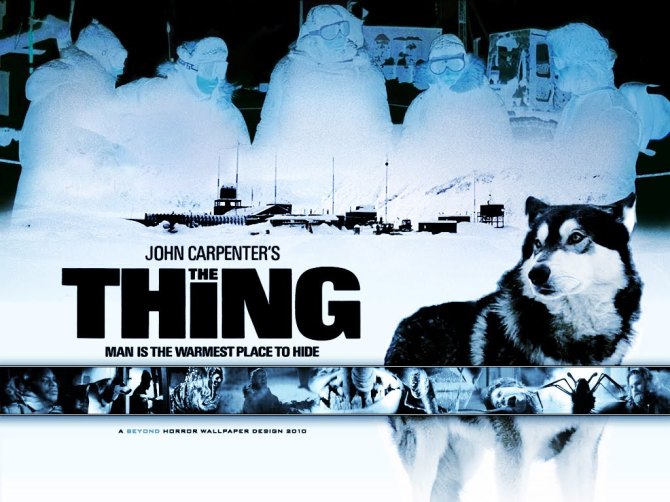 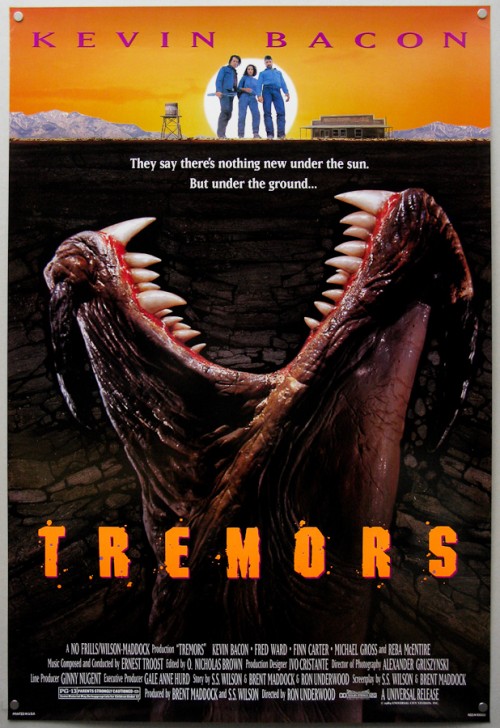 Tremors (1990), which stars Kevin Bacon, Finn Carter, Reba McEntire, and Fred Ward, follows residents of a small town as they investigate a string of mysterious deaths. The culprits behind the mayhem turn out to be Graboids, huge, violent, snake-like creatures. The mutants rip apart buildings, turn over cars, and the way they deal with people isn’t all too great, either. The town’s survival depends upon them coming up with a plan to get rid of the Graboids for good. Side note: if you’ve ever seen the episode of Spongebob Squarepants where a huge worm attacks Bikini Bottom, you already have an idea of how this movie plays out. The monster worm in that episode, as well as the episode’s ending, were directly inspired by Tremors.

The Day After Tomorrow 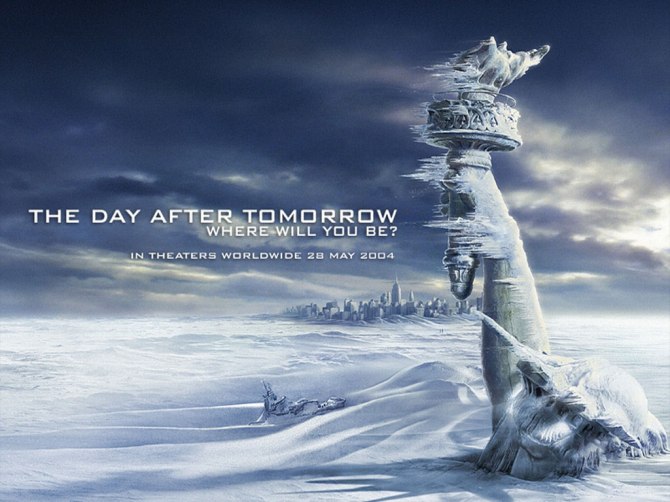 Global warming and climate change are real problems, and The Day After Tomorrow (2004) explores the worst case scenario: a catastrophic weather event that leaves no hope for human survival. Jake Gyllenhaal, Dennis Quaid, and Sela Ward star in this apocalyptic film that sends a chilling message (no pun intended). As the movie unfolds, it becomes clear that climate change is bad, a global event that has the potential to destroy the earth is really bad, and inept politicians that can’t do anything but make the situation worse are terrifying. 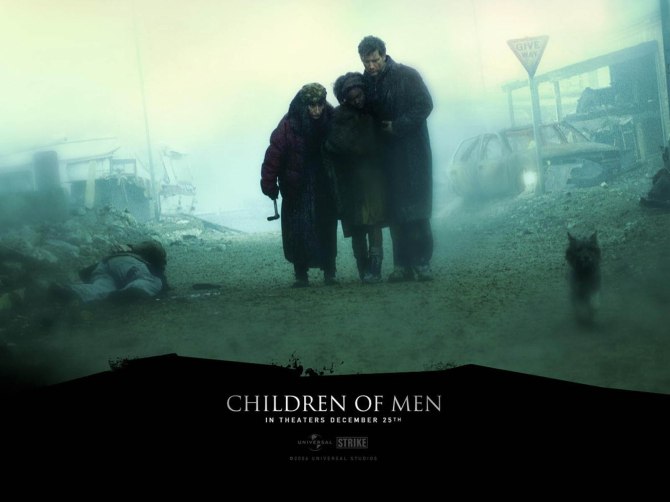 When the environment has deteriorated so much that most women are infertile and countries are in chaos, there’s very little hope for humanity to survive. This is the exact situation that plays out in Children of Men (2006), which is based on P.D. James’ novel of the same name. Clive Owens and Julianne Moore play an estranged husband and wife who have to work together to protect one of the few women left in the world that is able to have children. The ending is definitely bittersweet, and no one comes out a winner. 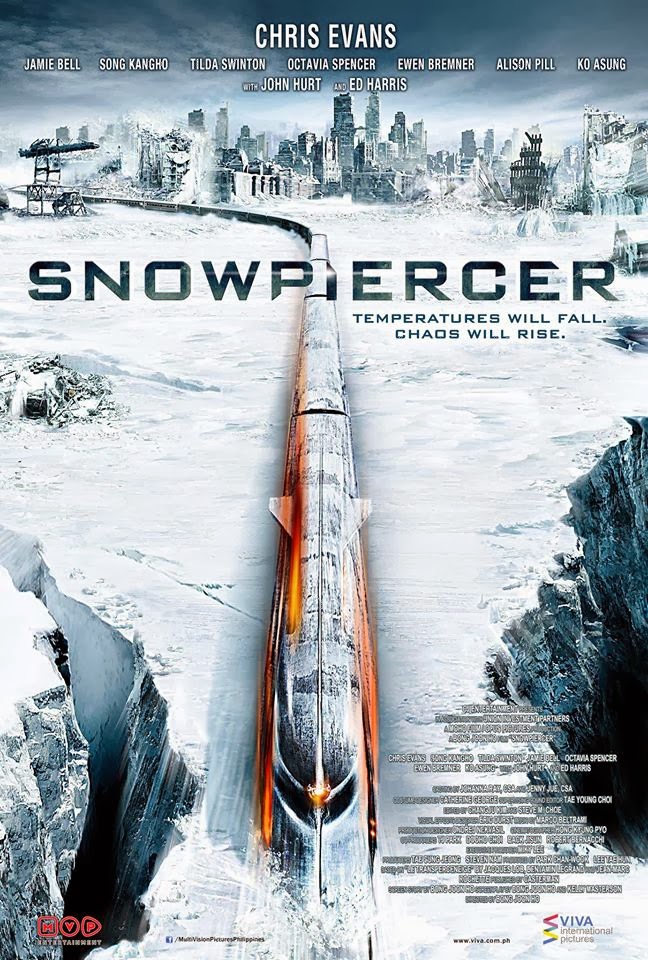 Snowpiercer (2013) has to be the ultimate cli-fi dystopian movie. In it, Chris Evans plays Curtis, a bottom-rung resident on the back of a train that repeatedly speeds around the world. Living on the train is the only way for humans to stay alive, after efforts to stem global warming go terribly wrong and the entire earth freezes. Curtis is tasked with leading a riot to end the brutal class warfare that has raged for decades and overthrow the mysterious creator, and conductor, of the train. Add in a bit of political corruption, militarized police, and an epic fight scene, and you’ve got a recipe for disaster. Aside from the stellar plot and acting in this film, Tilda Swinton’s portrayal of Deputy-Minister Mason – a hilarious combination of Adolf Hitler, Margaret Thatcher, and Muammar Gaddafi – is not to be missed.

These movies are awesome entertainment, but there’s definitely something to be learned behind the drama and the action. While we may not see people-hungry reptiles or a train that holds all of humanity in real life, we are seeing our planet – the only place in the universe that we’re currently able to call home – undergo drastic changes due to our actions.