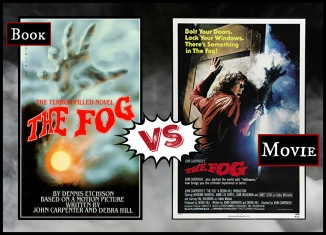 Horror books often find themselves on the silver screen and with mixed results. The Exorcist, JAWS, and The Omen are positive examples of book-to-movies but, unfortunately, for every Misery, there’s a Dreamcatcher. Sometimes the book is inspired by the film rather than its source material but, either way, there’s bound to be differences; subtle or profound. Today’s vintage book discussion is more of a rumble than a review and between one of my favorite John Carpenter films and a book written by Dennis Etchison to promote it.  So let’s jump back to 1980 and revisit The FOG…

END_OF_DOCUMENT_TOKEN_TO_BE_REPLACED 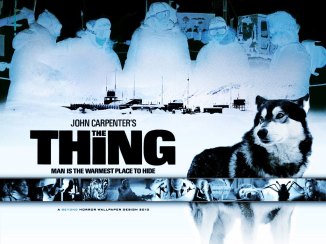 END_OF_DOCUMENT_TOKEN_TO_BE_REPLACED

The Daves would like to welcome guest blogger Brandon Engel to our site with his insight on the 1974 movie BLACK CHRISTMAS! 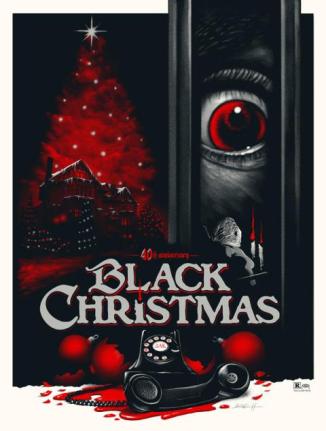 Often cited as one of the first true “slasher” films, BLACK CHRISTMAS puts a scary spin on time-honored holiday traditions. When threatening phone calls escalate to the cold-blooded murder of a group of college co-eds, tensions run high and the looming threat of death hangs alongside the perennial mistletoe. The anxious figures of an era – liberated feminists with loose morals, urban legends, restless youth – stamped a template for a new subgenre of scary films.

END_OF_DOCUMENT_TOKEN_TO_BE_REPLACED

Terror from Beyond the Daves is pleased to welcome back guest writer, Brandon Engel, for his fascinating perspective on a horror legend. 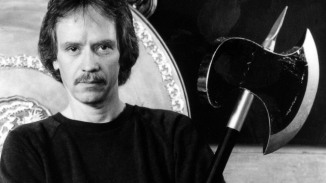 It’s all about personal taste. It’s easy to understand why audiences are either charmed or repelled by The Wizard of Oz, The Goodbye Girl and E.T.: The Extra-terrestrial. With “slasher movies”, although it’s easy to understand why many viewers reject such films, it’s a little more ambiguous why they attract such large cult followings.  What is the appeal? Perhaps, the best way to arrive at the answer is to look at the career of the man who is credited with cementing the slasher movie formula, screenwriter/director/producer John Carpenter.

END_OF_DOCUMENT_TOKEN_TO_BE_REPLACED

Next to where the cast members of THE THING reunion were signing, was the amazing THING-FEST! This private collection owned by super-fan, Joe Hart, would feature the largest acquisition of props and memorabilia from the 1982 John Carpenter classic.

Though born and raised in New Jersey (a childhood friend of Kevin Smith), Hart now resides with his wife in Canada. What makes him so exceptional isn’t simply that he’s a fan who’s amassed lots of amazing goods, but that he’s one who willingly shares them with the rest of us. He does this utilizing his own time and resources and, in doing so, enhances the overall experience for everyone; something never more evident than at the Days of the Dead Indianapolis!

END_OF_DOCUMENT_TOKEN_TO_BE_REPLACED 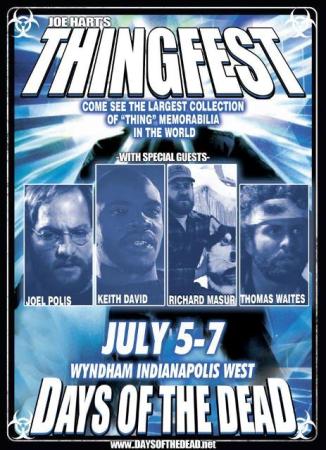 Days of the Dead’s THING-FEST; which not only included the largest gathering of actors from John Carpenter’s THE THING but also the biggest collection of props and collectibles, was well worth the trip to Indianapolis in itself. Russ and I are both huge fans of the movie and I’m expressing no hyperbole here when I say we were ECSTATIC to see a convention finally give it some proper attention.

From the film’s first pulse-pounding moments (enhanced even further by Carpenter’s fantastic score), I was captivated by it. And, in keeping with the film’s overall theme of paranoia, I also found myself rooting for the wrong side even before the opening credits had finished. Perhaps my devotion to THE THING is a prime example of how we, as adults, tend to be enthralled by the very things that provoked us as children.

…and seeing a “defenseless” dog getting shot at by a sniper in a helicopter absolutely provoked me.

END_OF_DOCUMENT_TOKEN_TO_BE_REPLACED

The inimitable “Russ Wrangler” arrived at my place around 1pm; all smiles and full of energy. Clad in sunglasses and sandals, he looked more prepared for a day at the beach as opposed to a horror convention but clearly the overall message was “vacation” and a welcomed one at that. We loaded my things and immediately embarked for Indianapolis with no lulls in conversation, making the drive go by much quicker.

This was my third Days of the Dead in Indianapolis (fourth overall) and Russ’ second. I remember attending the very first one while being impressed with how fan-friendly it was; something I’d hoped hadn’t changed. It seems like fan conventions of any kind start off slow and friendly and, should they find success, later become out-of-control Goliath’s with the fans getting lost somewhere in the mix.

END_OF_DOCUMENT_TOKEN_TO_BE_REPLACED

Terror from Beyond the Dave
Create a free website or blog at WordPress.com.