It’s not often that a movie like EXTRATERRESTRIAL comes around where they do pretty much everything right, especially a horror movie. If more film makers believed in doing something original like this, as opposed to sequel or remake after sequel or remake, then the movie industry would probably be in much better shape (and yet this film only received a limited release in the United States). 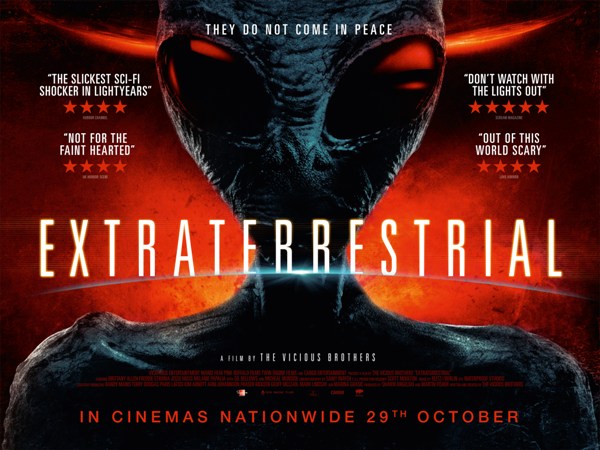 The story concerns a couple, April and Kyle, spending one last weekend together at April’s parents’ cabin before it gets sold. April’s intention is to tell Kyle that she got a job in New York and that this would probably be their last weekend together. Kyle’s intention is to not only ask April to marry him but to invite three of their closest friends along to join in on the celebration. 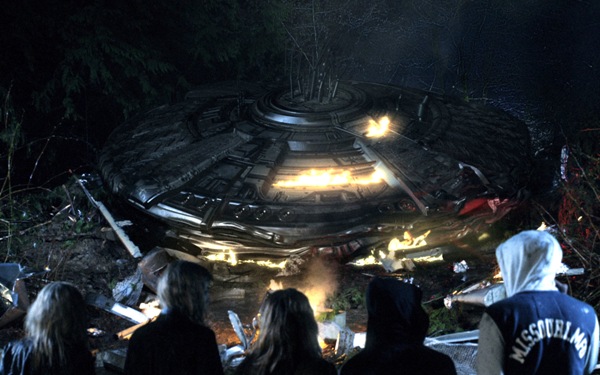 While there, they experience the crash of a flying saucer and after killing one of the aliens, all hell breaks loose. Apparently there has been an ongoing agreement between the aliens and the United States government that stems back from the 1947 flying saucer crash in Roswell, New Mexico. The agreement basically states that the aliens have the free reign to abduct and do tests on as many humans and animals as they want in exchange for the rest of the world being able to live their own lives normally. By killing the alien, April unknowingly breaks the agreement. 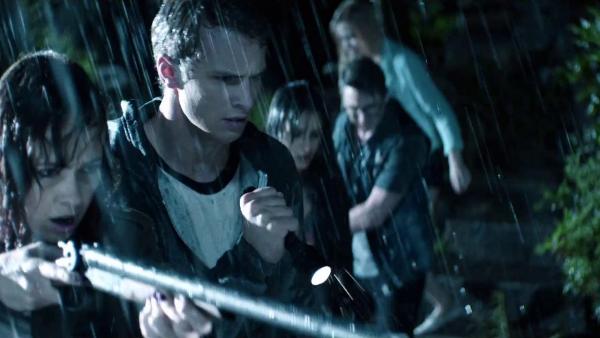 This movie features so many nods to so many other great films such as CLOVERFIELD (2008), NIGHT OF THE LIVING DEAD (1968) and any of the “found footage” films that were so common years ago. There is even a little tribute to THE X-FILES at the very end. It was also nice to see small parts for Emily Perkins (from the amazing GINGER SNAPS trilogy of movies) and Michael Ironside (STARSHIP TROOPERS), who likes to grow pot and monitor local UFO activity. 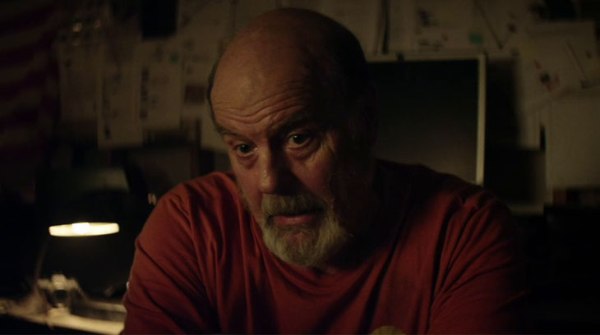 This movie is intense and genuinely scary at times and I strongly recommend watching it in the dark. It is very dark and does not have a happy ending. My only real disappointments are that I would’ve liked to have seen Michael Ironside’s character of Travis have a more extensive altercation with the aliens and I would’ve liked to have seen Sheriff Murphy’s storyline play out more than it did. It is suggested that Murphy’s girlfriend had been abducted years ago, never to be seen again. His death, in my opinion, happened too soon and perhaps he should’ve been reunited with her, even if only briefly, before meeting his grisly demise. 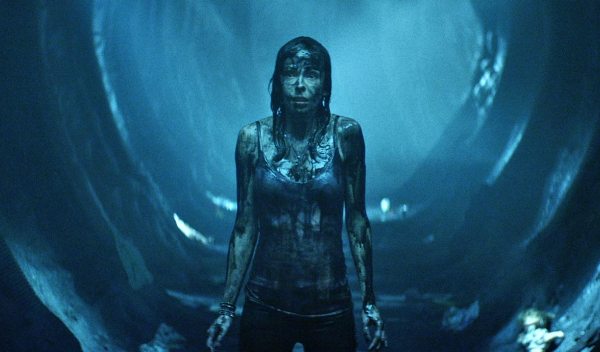 Director Colin Minihan should be commended here for creating an original horror movie that is actually scary and edge-of-your-seat at times. The aliens, though realized mostly in CGI, are done in such a way that they are believable and very creepy. The scenes on the flying saucer after April and Kyle are abducted are nightmare-inducing, comparable to the similar scene from the 1993 film FIRE IN THE SKY. 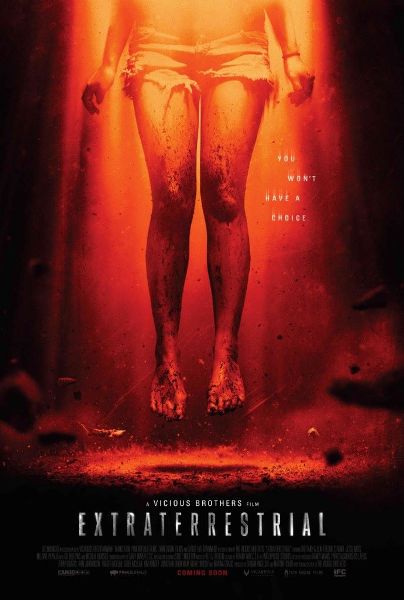 If you get a chance to see this masterpiece on the big screen, then I highly recommend it. As of now there is no scheduled DVD or blu-ray release though it can be found on demand in some areas. This is what film-making is all about! It pulls no punches and will truly make you wonder what truth is really out there!