Horror books often find themselves on the silver screen and with mixed results. The Exorcist, JAWS, and The Omen are positive examples of book-to-movies but, unfortunately, for every Misery, there’s a Dreamcatcher. Sometimes the book is inspired by the film rather than its source material but, either way, there’s bound to be differences; subtle or profound. Today’s vintage book discussion is more of a rumble than a review and between one of my favorite John Carpenter films and a book written by Dennis Etchison to promote it.  So let’s jump back to 1980 and revisit The FOG…

My esteem for this film has been discussed on numerous occasions, and when I met Nancy Loomis and Adrienne Barbeau.  After my recent horror paperback epiphany, I read Ray Russell’s Incubus and learned there was a big difference between that book and its film; most notably that the former actually made sense! Since then I’ve snagged even more examples such as The Amityville Horror1 & 2, The Beast Within, Prophecy, and The Entity. So what insights or scenes does The FOG’s novel have that the movie doesn’t?

He’s Lovin’ It!– When Andy asks his mother if he can get a “stomach pounder and a coke,” the book comes right out and says it’s a reference to McDonald’s which seems at odds with the coastal community. Regardless, her telling him he can go “after lunch” in the film version doesn’t make a whole lotta sense.

Gone but not forgotten – They never actually say it in the movie but Stevie Wayne (Adrienne Barbeau) is a widow. Before her husband’s death, the couple shared a radio station in Chicago. 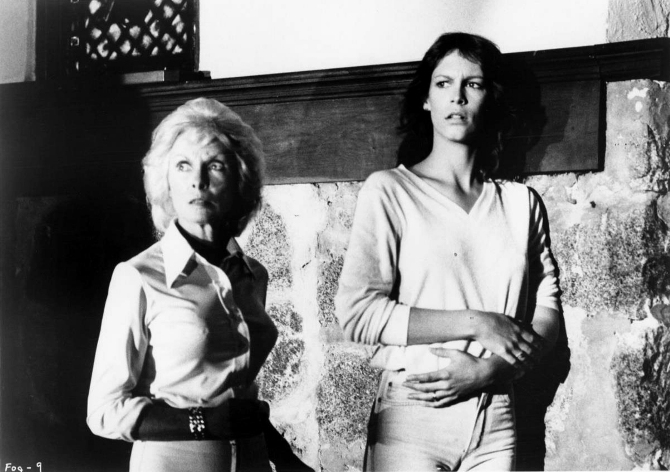 Nice to meet you, your husband’s dead! – In the book, Elizabeth (Jamie Lee Curtis), goes into town on her own and meets Kathy Williams (Janet Leigh) long before she does in the film version. She overhears her talking about her husband missing and (having just seen the fate of his boat, the Seagrass) stops just short of telling her he’s dead.

Where’s a ghost of vengeance when you need one? You’d never know it watching the movie but Nick (Tom Atkins) finds Elizabeth annoying as hell! Just about every time she says something in the book he has to restrain himself from going off on her.

6 MUST DIE –In the book, the mysterious piece of driftwood that Andy finds on the beach actually sneeks its way to the lighthouse as neither Andy nor Stevie Wayne put it with her things. After it possesses her promo tapes and ignites, she promptly pitches it back into the ocean.

Better left unsaid – In the book, it’s revealed that Nick had a past indiscretion with his best friend, Al’s, wife a.k.a. Mrs. Williams (Janet Leigh). 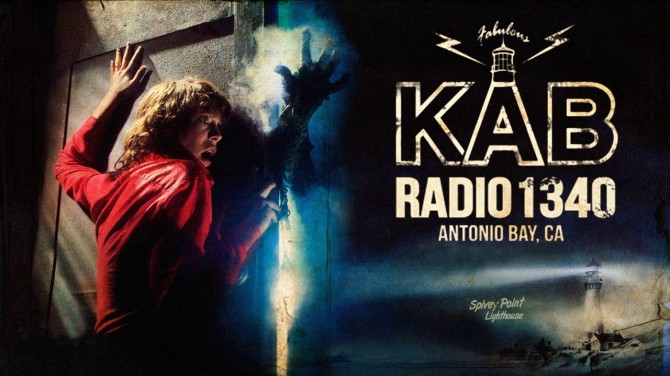 Golden Moldies – If you find the music featured on KAB a bit stale, you aren’t alone. In the book, even Stevie Wayne acknowledges that it’s outdated and indicative of Antonio Bay and its residents not having changed much in a hundred years. They’re so old-fashioned, she considers playing a jazzy, fifteen-year-old Stan Getz piece just to “shake them up.”

Supernatural crank call– Stevie Wayne gets a mysterious call where she hears nothing but the sound of the ocean.

The Dangers of volunteerism – It’s revealed in the book that Mrs. Kobritz refuses to take money for babysitting Andy and works seven nights a week for free!

More than just a voice on the phone – In the book, when Stevie Wayne hears Dan the weatherman (played by Charles Cyphers in the film) get attacked she immediately gets on the air, pleading for people to save him. This explains better why Nick rushes to save him. 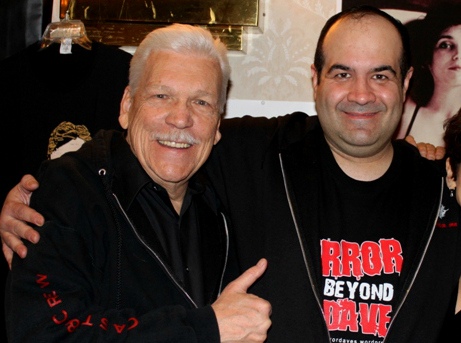 Well, it’s not like he needs it anymore – Nick never finds Dan’s body at the station but both he and Elizabeth now realize something supernatural is going on since the building (nowhere near the ocean) looks waterlogged like the Seagrass did – complete with clumps of seaweed. While trying to escape, Nick’s car dies and they end up hotwiring Dan’s instead.

Father Malone’s Sermon – in the film, Mrs. Williams and her assistant, Sandy (Nancy Loomis), get a drunken history lesson from Father Malone regarding their town’s sins while paying a visit to the Church. In the book, nothing is revealed until near the end when he reads his grandfather’s journal to Mrs. Williams, Sandy, Nick, and Elizabeth all together and just before the ghosts arrive.

Andy to the rescue! During the big Church battle, Andy grabs Nick’s leg and saves him from being carried away by one of the spirits.

And the Winner? Well, it’s no surprise the movie wins here as the book was created to promote it. Due to last minute re-shoots with extra scenes, the book lacks some needed horror such as the dead Dick Baxter rising towards Elizabeth and Stevie Wayne battling the ghouls on the lighthouse. Though there are a few extra insights in the book they were either minuscule or something we’d prefer to have done without. Nick and Mrs. Williams? Blecch!