While it was the National Horror Host, Svengoolie, who is indirectly responsible for bringing the Daves together as friends, it has always been our stance that TERROR FROM BEYOND THE DAVES was really the bastard child of the 2010 Vampira Tribute and SCARY MONSTERS MAGAZINE. In reality, the two are complimentary of each other. Within the pulpy pages of the world’s only “REAL Monsters Magazine,” classic monsters as well as Horror Hosts have always been featured side-by-side. And why shouldn’t they be? For many of us adult Monster kids, it was the classic commercial hosts who introduced us to all the greats be it Godzilla, The Universal Monsters, the films of Hammer Studios, the wonderful “B” movies of Roger Corman, as well as those from directors who were slightly…ahem…less gifted.

END_OF_DOCUMENT_TOKEN_TO_BE_REPLACED

After I met Count Gore De Vol, Mr. Lobo, and Count and Countess Gregula, and spoke to Wolfman Mac on the phone, there was just one more horror host on my list of people to meet that I had yet to introduce myself to:  Ms. Monster.

I had met her costars, the Monster Melons, Tit and Tat, a few times during the day, as I had stopped at their table multiple times throughout the day (probably more times than I really should have).

END_OF_DOCUMENT_TOKEN_TO_BE_REPLACED

I entered “Horror Host Alley” on Saturday morning ready to meet some horror hosts, and overflowing with pure enthusiasm and excitement at the prospect.  What I wasn’t prepared for was for my energy to be more than matched by the hosts themselves, starting from the moment I stepped into the room.

When I first walked in, I couldn’t help but gaze around in complete awe of my surroundings.  Before I could take it all in, however, I heard someone suddenly greet me.

END_OF_DOCUMENT_TOKEN_TO_BE_REPLACED

Yes, faster than you can say, “Svengoolie”, I’ve found myself hopelessly entangled in the horror host web, and I couldn’t be happier! While I was doing exhaustive research on Svengoolie and Elvira, Mistress of the Dark, I found out about a documentary entitled American Scary that was all about horror hosts.  I found it online, and began to watch it.  From the very beginning, I was captivated.  I think my first clue that it was going to be amazing was when I saw none other than Neil Gaiman sitting in front of the camera.  Thanks to Mr. John Aranza of the Horrorbles store in––– you guessed it––– Berrrwyyyn, I was able to obtain a copy of it on DVD.  As I watched it again on my television, I remember making mental notes about the various hosts I saw that particularly impressed me and whom I might look into more, including Count Gore De Vol, Mr. Lobo, Dr. Sarcofiguy, and Professor Anton Griffin.
END_OF_DOCUMENT_TOKEN_TO_BE_REPLACED 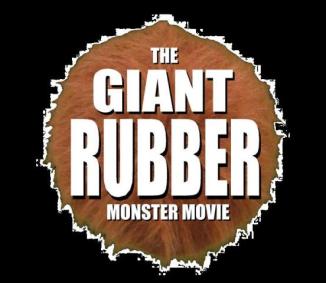 Let me start by being totally honest. I had NO idea what to expect when I received my copy of THE GIANT RUBBER MONSTER MOVIE: SASCRATCH VERSUS AFRODESIOUS! Sure it’s a great title! Sure a lot of the people who are in it had a lot of great things to say about it. But could it really be THAT good?!? The answer? ABSOLUTELY!!!

END_OF_DOCUMENT_TOKEN_TO_BE_REPLACED

Dave F: Over a decade before the Svengoolies would become synonymous with Chicago horror hosting, the Windy City’s very first host was a “near-sighted madman” named Marvin! Former Ventriloquist, Terry Bennett, was working for Chicago channel, WBKB, in 1957 when the station received the infamous “Shock Theatre Package” of films.  It was Terry, himself, who created the character of “Marvin” and urged television management to allow him to present these films to a Chicago audience.