Who doesn’t love Paul Rudd? The seemingly ageless actor has been inspiring laughter for nearly two decades; long before joining the Avengers as Ant-Man. My family and I try meeting as many  MARVEL stars as we can so when C2E2 (Chicago Comics & Entertainment Expo) announced Rudd as one of their featured guests it was one happy day at the Fuentes household. I immediately started working the necessary overtime while hovering over their website waiting for the tickets to go on sale. My diligence paid off and I bought ours (both photo op and autograph) just before they completely sold out. C2E2 would eventually add an additional day and I believe those were gobbled up as well. Was it worth paying more than a car payment to meet Paul Rudd?

Ant-Man fever permeated McCormick Place with more fans dressing up as either him or his winged girlfriend, the Wasp than Deadpool and Harley Quinn (well maybe not that many)! Any single Ant-Men were covered by one vendor who sold small “Wasp” shoulder strap-ons.

Other cosplayers benefited by the character’s small size by adding Ant-Man to their own ensemble – like one clever fan who dressed as the Infinity Gauntlet and had the tiny heroes clinging to it. I should mention there were a couple clever “Infinity Gauntlets” roaming the hall, including one that had a sign reading, “Yo’ mama is so fat I had to snap twice!” 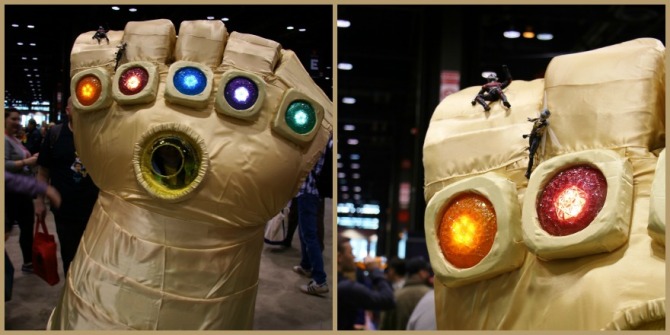 Another young fan turned his wheelchair into a flying ant. Assuming he got to meet Paul Rudd, I’d of loved to have seen his reaction. 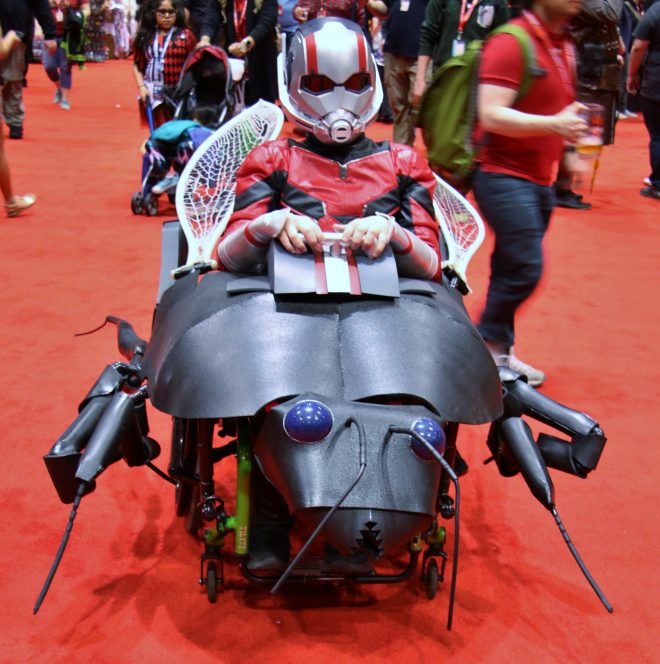 All autograph tickets were time stamped but we made our way to his signing area early…though not early enough. Rudd’s line was packed and by the time we found our place at the end of it, the star looked like a real ant from our vantage point.

I heard people griping about the line not moving fast enough but also noticed Rudd making sure his fans got their money’s worth. I’d prefer waiting and having a substantive greeting rather than be herded around like cattle. I noticed that he talked with everyone and even gave out a few hugs. The closer we got, however, the stricter the staff became. There was one security guard whose main job was to prevent folks from taking unauthorized pictures. Apparently, the thirty-something couple standing in front of us enjoyed driving him nuts because they kept pulling out their cells and causing him to rush over. By the time he made it to them the phones would disappear and they’d innocently say, “What…OH, we were just checking our messages.” I’m pretty sure the guard didn’t buy and, by the third time, I didn’t either.

Then that “Jesus” looking guy I mentioned in my last post showed up. I’m not sure what his job was but it may as well have been causing anxiety attacks. He’d casually stroll past everyone while saying, “Hopefully, Mr. Rudd can get to you all. He has a “Clueless” panel scheduled and you may have to come back and stand in the 5:30 pm line.” Considering I’d already been in line over an hour and how much those autograph tickets cost it took everything in my power not to say, “Too f***ing bad!” Furthermore, I couldn’t understand why he wasn’t doing an Ant-Man panel? Don’t get me wrong, I love “Clueless” but this was a comic convention and the man’s character was appearing the most successful comic book film of all time. Talk about Clueless!

Although a little late, Rudd still made the panel

In an effort to keep things moving, “Jesus,” asked everyone to have whatever they wanted to be signed out and ready. If you read my C2E2 post from last year, you’ll note I have an obsession with Blu-ray steelbooks (and if you don’t know what they are you can learn about them HERE). Consequently, they’re my preferred item to have signed when applicable. For Rudd, I brought in one of my Ant-Man’s that has a case designed to look like a PYM Tech SSD Drive, complete with Ant-Man peeking through its embossed cover. When Jesus saw it he says to me, “Excuse me, sir. That means you, too. Please have your item out.”

“Um…this is the item,” I said while demonstrating it was a blu-ray case.

“Oh, I see,” He said blankly. “Well, I suppose that’s different then.”

I wanted to shave his head.

One of the more creative Ant-Man Steelbooks

Thankfully, the pace picked up and weren’t turned away. Rudd was very friendly and one of those people you instantly feel comfortable around. He made a point to shake all of our hands (myself and two of my kids) and I told him how much I appreciated him doing this (cause, let’s face it, he don’t need the money). I asked him who his favorite Avenger to work with was and he seemed genuinely stumped. “Oh….wow…well, I mean all of them are so amazing.” Then he looked at me for a second and said, “That’s a really lame answer, isn’t it? Well, I’d have to go with Anthony Mackie (the Falcon). That guy is just hilarious!” 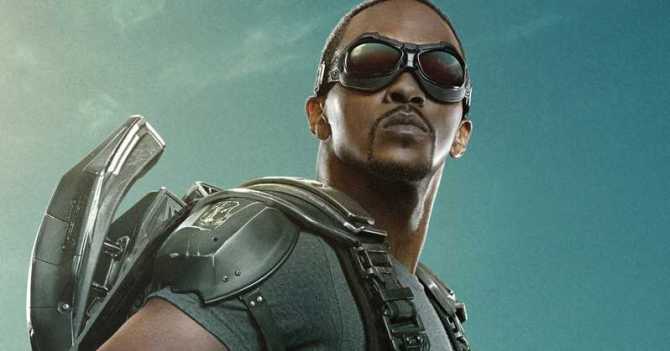 He signed my Steelbook, and we were off…

We were hungry and tried finding a place to sit down and eat the lunches I’d packed for everyone. It was like crawling in a desert in search of an oasis. Our legs were aching from the line and mine were bad enough to begin with. Having no luck finding an empty seat, we settled for an empty spot off to the side of the main hall. The kids sat on concrete while I ate standing up. Had I gotten down with them on the ground I’d probably still be there.  At this point it was time to start thinking about Rudd’s photo op. At first it was sheer pandemonium but, as is often the case with convention photo ops, once the line started moving – it moved!

Meeting an Avenger was pricey and painful but I’d go through it all again should C2E2 want to sign on another Avenger. Now if only I had some PYM particles to shrink those crowds! 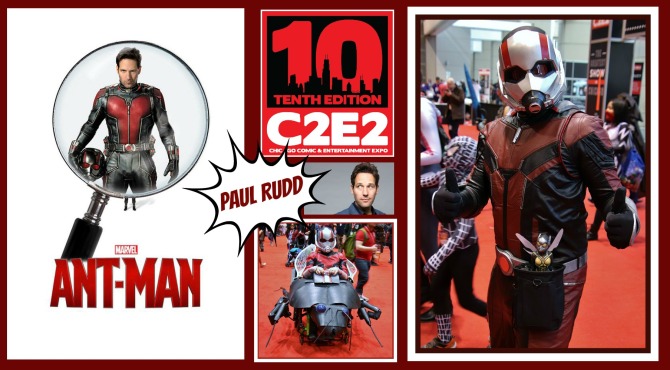