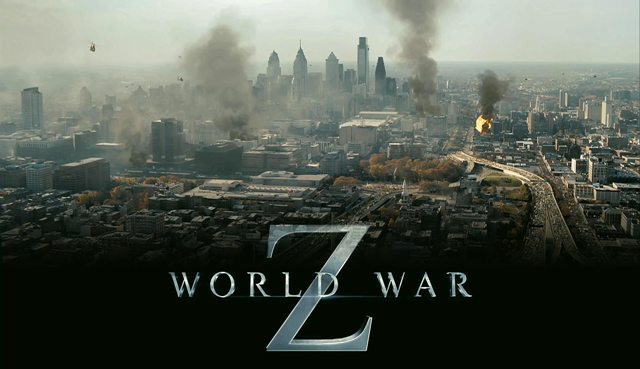 A lot of folks in the horror world have been buzzing about the latest big screen zombie opus, World War Z. The film is based on a book written in 2006 by Max Brooks and is notable for starring aging heartthrob, Brad Pitt. Despite initially an interesting trailer, there’d been disheartening tales regarding production problems and reports that the story basically was being developed as they filmed. Not a good sign. Still, it was a zombie movie and I was compelled to check it out.

Like most zombie tales, this one begins with the world suddenly being turned upside down via an undead apocalypse. This all happens from the viewpoint of Pitt’s character (a former UN operative named Gerry Lane) and his picture perfect family who barely have time for just a quick breakfast before the action starts. In fact, the story moves so quickly you’ll almost feel like you walked in twenty minutes late even when on time. 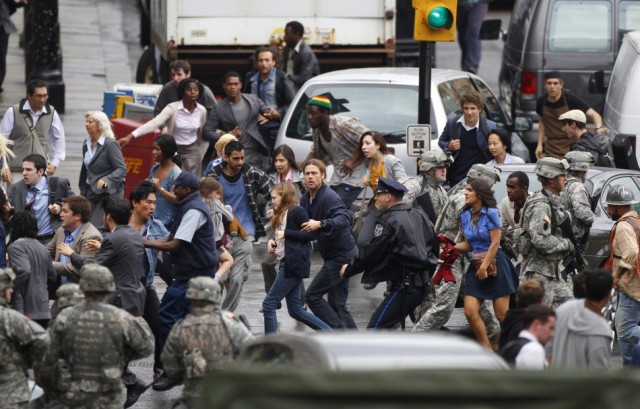 The “zombies” (something that’s not entirely made clear even when the word is finally used) move a record speeds while performing video game-like maneuvers! These guys are so nimble, the chase scenes almost look like a clip from the Benny Hill show. They also do odd head jerks while clicking their jaws; reminiscent of those old “chattering teeth” they’d sell in the back of old comic books.

After a harrowing escape, the Lane and his family are rescued by the government…but not without conditions. His UN skills are needed as what’s left of civilization (mostly stranded on battle ships) seek answers as to what caused the pandemic and what can possibly be done to stop it. This quest will have Lane traveling around the globe, hitting one false lead after another.

In my opinion the book is much more entertaining, consisting of a series of personal stories chronicling the zombie apocalypse. I should also note that the audio version featuring the talents of Paul Sorvino, Martin Scorsese, and Mark Hamill (to name but a few) is excellent. Other than a battleship refuge, this film bears very little resemblance to its source material. 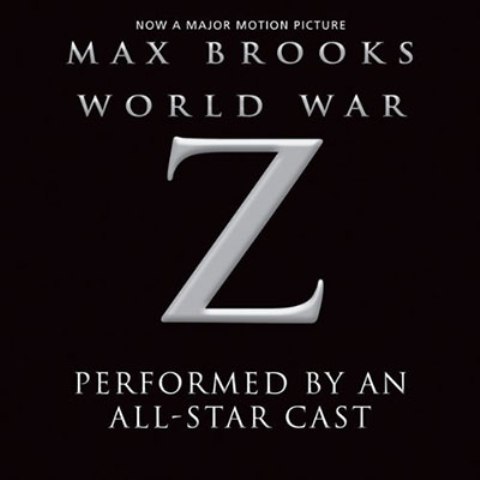 The film does, however, have plenty of action and will hold your attention. Most of my complaints with the film deal with the denouement which I felt was ludicrous. I don’t want to give away any spoilers here but let’s just say they utter a line that goes something like, “Predators don’t go after sick animals.” Really??? Which predators would those be, cause I’m pretty sure that wolves, bears, and big cats specifically target them. 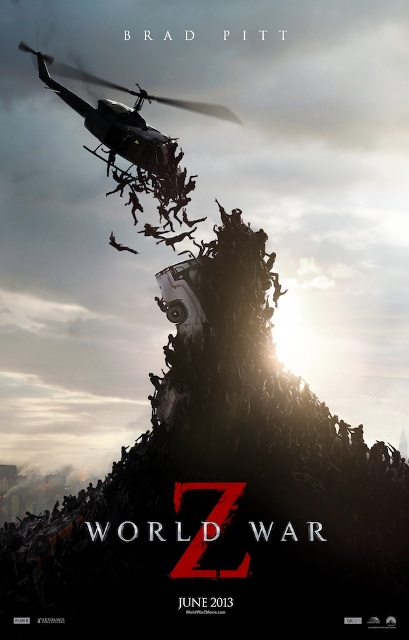 And where was the good old, time honored tradition of zombie gore??? The only time you flinch in this movie is when one of the characters is tending to their injuries. You’ll get more thrills watching an average episode of The Walking Dead than this movie.

I’m not sure if it was intentional, but the film’s soundtrack reminded me of vintage Italian zombie horror films; most notably that of Lucio Fluci. The zombies also look more like Bava’s Demons than they do Romero’s zombies. As I am a fan of that sub genre, I did appreciate that aspect.
–
Ultimately World War Z is worth a gander on home video, if not the big screen.
–
…but you’d be better off reading the book and listening to the audio version  available HERE!
–
Now available on Blu Ray HERE!
–
Dave Fuentes~