There is no shortage of guilty pleasures so far as 1980’s horror movies are concerned. Whether its one of the multitude of slasher films that helped define the decade or one of those goofy GREMLINS inspired rip-offs (CRITTERS, TROLL, GHOULIES, etc) you had plenty of “fun with fright” movies to choose from.

Today I’m going to call to your attention one of my favorite lesser known 80’s films, WITCHBOARD (1986). As soon as it came out on VHS (after a limited release in a paltry 15 theaters), I rented it from my local (and now all but obsolete) “mom and pop” video store. I didn’t have high hopes but, within the first few minutes of snappy dialogue involving a debate between party-goers regarding the existence of God and ghosts, this 16 year old horror fan was hooked!

The film features 80’s soap star, Stephen Nichols (Brandon), Todd Allen (Jim), and Tawny Kitaen as Linda. Tongue-wagging male fans will definitely find her to be the film’s main draw as this was filmed during the height of her sexy, Whitesnake video years (and 20 years before she’d implode during MTV’s “Surreal Life”). Nichols’ experience as a soap star no doubt aided him in this movie as the three characters are all entangled in an emotionally charged and complicated triangle that would have given his “Days of our Lives” character a run for his  money. Tawny is dating Jim, she’s good friends with and used to date Brandon (who is still in love with her), and Jim and Brandon used to be life long best friends until Linda inadvertently came between them. Got that? 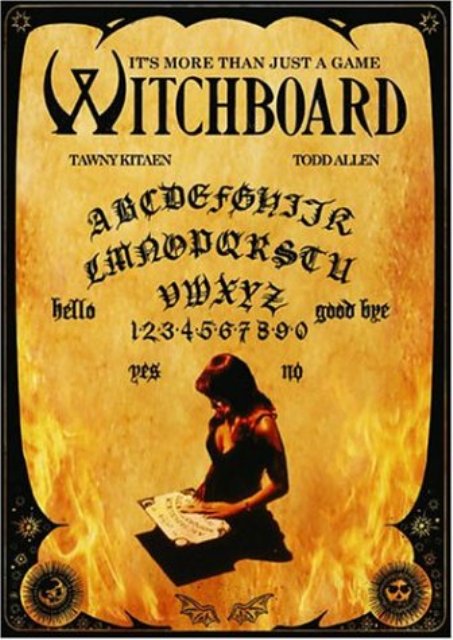 Despite all this drama and with Linda smack dab in the middle of it, it’s the relationship between the two men that is the most complex. Brandon is open with his feelings while Jim (a child of two alcoholic parents) is emotionally detached. Jim’s inability to “feel” for others causes him to turn away from medical school and embrace a more blue collar lifestyle (NOTE: in today’s insurance driven world of healthcare, this would probably now be viewed as an asset). It is a major source of Brandon’s frustration that Jim has Linda when it appears that he doesn’t even love her. This creates a great deal of tension and sarcasm while also highlighting the fine line that exists between love and hate. Ultimately, it is the brotherly love between the two men that prevails, breaking Jim’s icy wall.

Okay, put away the kleenex, let’s get to the horror…

Along with being more emotional, Brandon is also a believer in the unknown. He shows up at a gathering hosted by Jim & Linda, with the ultimate party game in tow- his Quija Board! If you’re looking for information regarding what a Quija Board is along with some historical background, you may want to click HERE. I used one once with a group of friends “back in the day” but my mother, a devout Catholic, would have disregarded “Thou Shalt not Kill” had I ever brought one into our home. 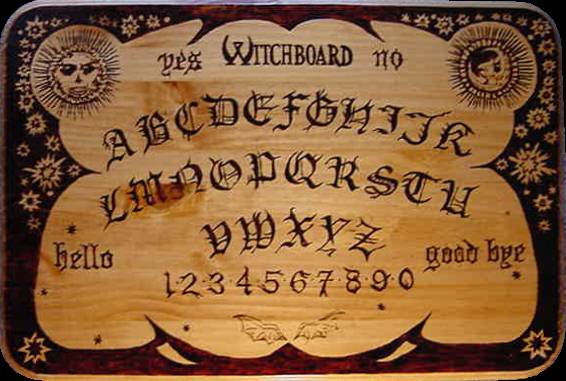 In the interest of brevity, let’s just say it’s a man-made creation (and now a popular mass-produced board game) designed to communicate with the dead. Brandon has been chatting with the spirit of a young boy named David and invites Linda to join him for a “three-way call.” Unbeknownst to the them, Jim and Linda’s apartment has a dark history of its own and they inadvertently attract a particularly powerful and vengeful spirit looming there instead.

Despite the creepy results, Linda enjoys her first venture into “paranormal activity” and decides to commit the ultimate Quija “no-no” – she uses it alone. This, of course, gives the spirit more power over her while also setting the stage for it’s eventual earthly comeback – affectionately referred to in this film as “progressive entrapment.” The rest of the movie deals with Linda’s torment, Jim & Brandon forced to work together in an effort to help her, along with the supernatural deaths of those around them.

One of the most memorable scenes is that of a Seance’ conducted by the colorful Medium, Zarabeth (played by a virtually unrecognizable Kathleen Wilhoite). I remember thinking the character was a riot  back then and, watching it today, she appears to be the living embodiment of the neon soaked, over-the-top 1980’s that defined my teenaged years. Unfortunately, Zarabeth’s bitchin’ abilities coupled with a ” little bit of psychic humor” isn’t enough to harness this Big Bad, but her brief appearance makes a lasting impression on the audience none the less.

Another odd-ball character was the private investigator (Burke Byrnes) who obviously isn’t quick to embrace “Casper” as “America’s Most Wanted” and decides to focus his investigation on the living.  He annoyingly breathes down the neck of Jim while dishing out his continuous blather regarding “magic and murder” that’s enough to have you grab a planchette and spell S-H-U-T-U-P! 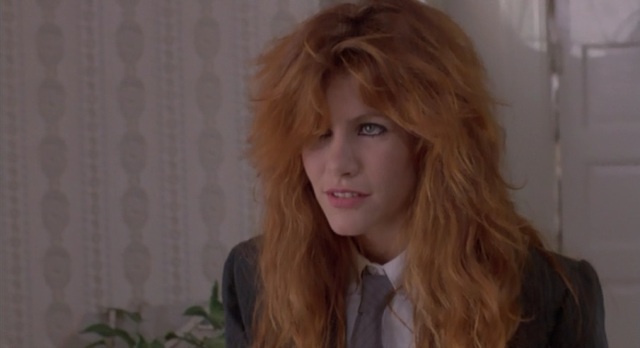 All gals should look this good possessed!

I still love this movie today and, in many ways, even more so with its 80’s nostalgia. This films has humorous dialogue, genuinely creepy moments, along with memorable characters. If you missed it “back in the day” I hope you’ll make a point of giving it a shot now.