While traveling to Horrorhound Weekend/MASK-Fest convention in Indianapolis, my friend, Jason Schoolcraft, and I decided to stop in Elkhart.  This little detour inspired by a unique museum an old comic book geek like myself couldn’t resist. Even the building is modeled after the “Hall of Justice” I grew up watching on the Super Friends cartoon. Although I grew up a Marvel Comics loyalist when it came to print, I did enjoy the DC heroes on TV and film. Now that comic book heroes, especially Marvel, has punched their way into mainstream, my devotion has changed from hiking two miles to the nearest drug store hoping the next issue of “Secret Wars” was out, to reading all my favorite comic stories in hardcover Omnibus collections while gazing at the MCU movie posters in my living room. I don’t know about Jason, but there was no way I was going to pass up the chance of visiting the Hall of Heroes a.k.a. the world’s only known superhero museum. 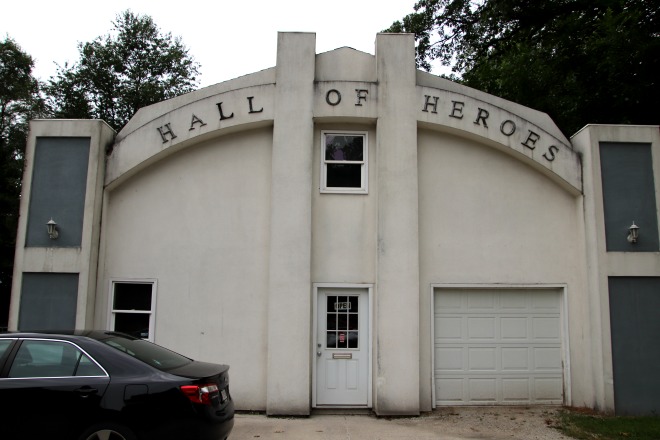 Although Elkhart is a thriving city, the museum itself is in one of its more rural parts. It’s quite literally off the beaten path and if Jason hadn’t pointed and said, “There it is!” I’d of driven right past it. A gravel road leads to the surreal building with limited parking. As soon as we stepped out I felt the sensation of stepping into a live version of that old Hanna-Barbera cartoon.

When we walked inside we were inundated with so many cool items you didn’t know where to look first. Admission to the museum was $6 and we waited for the owner, Allen Stewart, to finish giving his introduction to the guests in front of us. When it was our turn he gave us a friendly greeting before giving us the same spiel while managing not to sound rehearsed.

Before starting our tour, we made sure to sign the guestbook!

I mentioned the museum appears small from the outside but this proved an illusion as the inside was loaded with over 10,000 artifacts and 60,000 comic books!

This incuded the original costume worn by William Katt in the popular ’80s show, “The Greatest American Hero.” 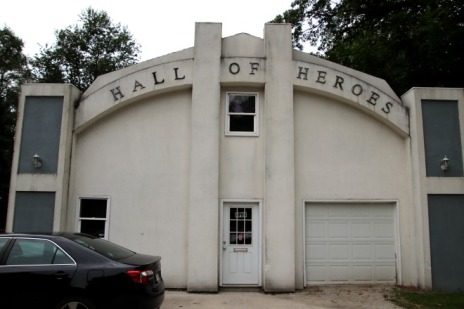 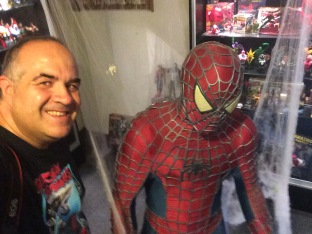 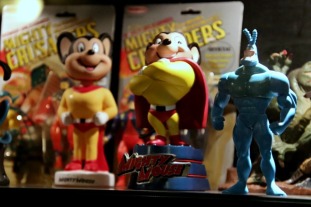 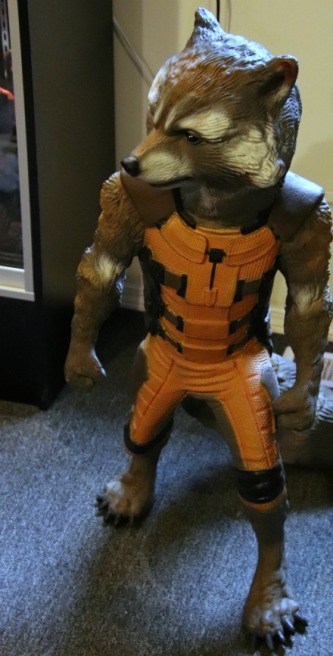 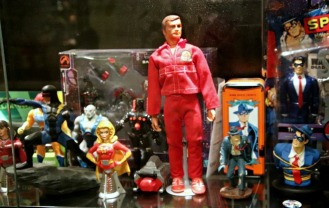 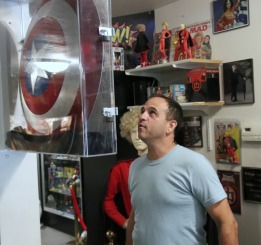 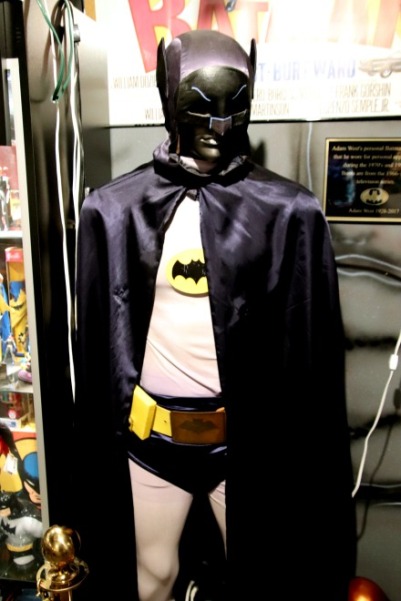 Another notable costume was the one worn by Adam West in the camp, ’60s series, Batman!

My favorite item was a screen-used Captain America shield from The Avengers (2012) signed by all the actors.

[/caption]Before leaving we went into an adjoining room which had two special vehicles. One was a screen-used motorcycle used in one of the Ghost Rider films and the other was a car used in the first Iron Man film. The blue Cobra was smashed by Tony Stark while testing his new armor. We passed on the motorcycle but weren’t about to miss out on a piece of Marvel Cinematic history.

Hall of Heroes was a fun excursion and a great way to kick off our weekend. Having sufficiently stretched our legs, it was time to get to Indianapolis. MASK-FEST was calling…