Every time I’d hit a stoplight en route to this year’s Houby parade in Cicero (sponsored by Berrrrr-wyn), I glanced up at the sky expecting a downpour. Fortunately, my iphone’s weather app was as wrong Sunday as it is just about every other day of the week and this didn’t happen. With the help of my friends, Don and Bunny, I found a parking spot about half a mile from the event before my daughter, Jade, and I sought them out on foot. This was the 50th year Berwyn celebrated its Czechoslovakian heritage by holding a festival dedicated to mushrooms…or at least that’s how it all began. In an interesting twist, the Slovak tradition has since been embraced by the community’s predominant Latino population, thus making Chicago’s parade (and, yes folks, there are others) rather unique even by Houby standards. Now I do love mushrooms, especially when sauteed and sitting next to a sirloin steak, but confess they weren’t the reason for my being here. Rather, I was celebrating a more personal tradition…stalking national horror host, Svengoolie during his busy Halloween season! 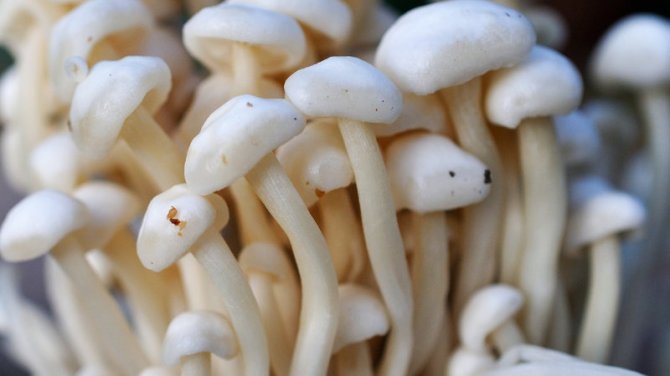 After a few blocks, we met up with Bunny who proceeded to scare me by saying things like, “Have you seen Svengoolie, yet? Is he still going to be here? He didn’t post anything about the parade on Facebook this morning…I wonder if he’s still coming.” Fortunately, we spotted the host moments later; shaking hands, doing an interview, and taking photos with city officials.

Eventually, we were spotted by his producer, Jim Roche, whose reaction was priceless.

We’d have stood there and observed Sven all morning if given a chance but a couple of cops started staring us down as if we were fanatical fans trying to latch on to a celebrity. Well, okay, maybe that’s exactly what we were but it’s beside the point. We reluctantly left and trudged further down the street in search of a good spot to take pictures.

We didn’t go far and stood near the front of the parade before it began, facing a couple of proud Veterans holding the American and POW/MIA flags. Unfortunately, the parade was delayed for some reason and I felt pretty bad for these guys thinking how sore their arms were going to be by the time they got home.

To keep the younger crowd occupied, a guy even came around with a blue and yellow macaw they could pet. 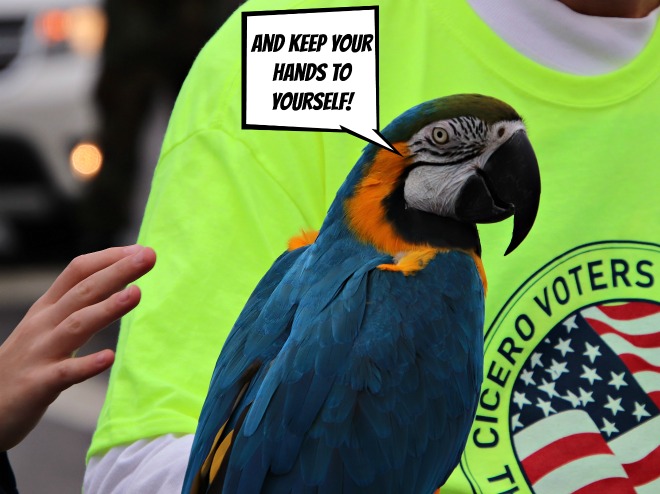 I’ll say this; for a parade dedicated to mushrooms, I sure didn’t see many. I was expecting floats shaped like fungi or, at the very least, people dressed as giant mushrooms and dancing around like that scene in Disney’s original Fantasia. In fact, if I’d just stumbled on this parade, I’d have no idea what they were even celebrating. Not that it lacked visuals as there was plenty of eye candy. Like a float featuring Spider-Man, Captain America, Iron Man, and Wonder Woman – who wisely decided to start hanging out with the MCU boys. 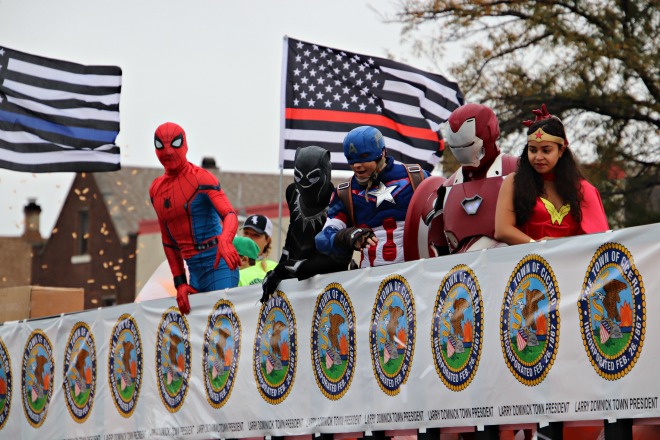 I’ll also give this parade props for tossing out more than your average Tootsie Rolls. These folks were throwing balls, shirts, cups, frisbees, and even recyclable bags to carry them all home with after it was over. 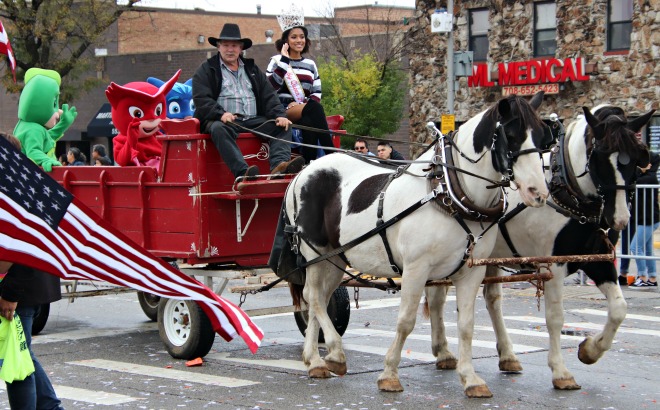 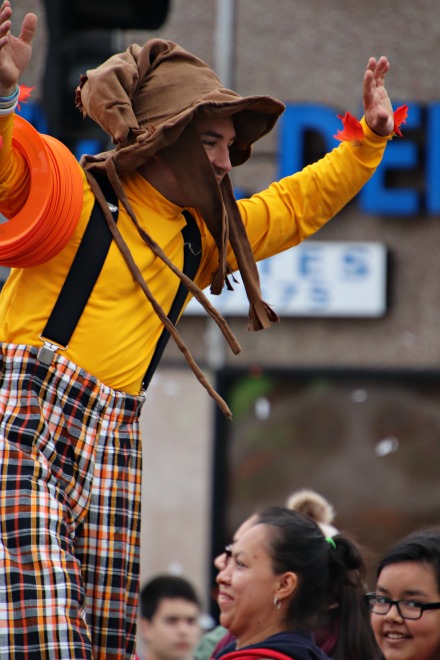 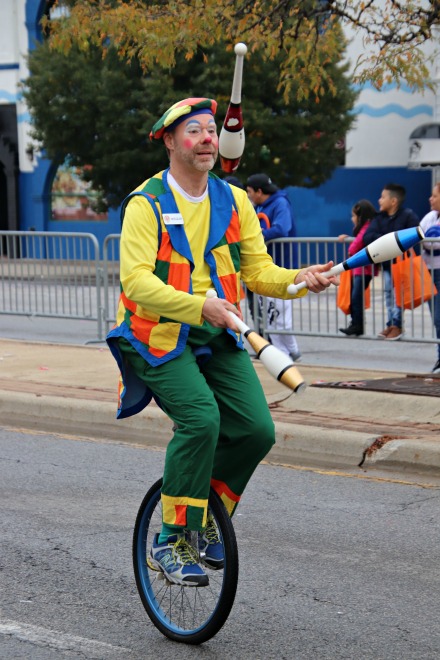 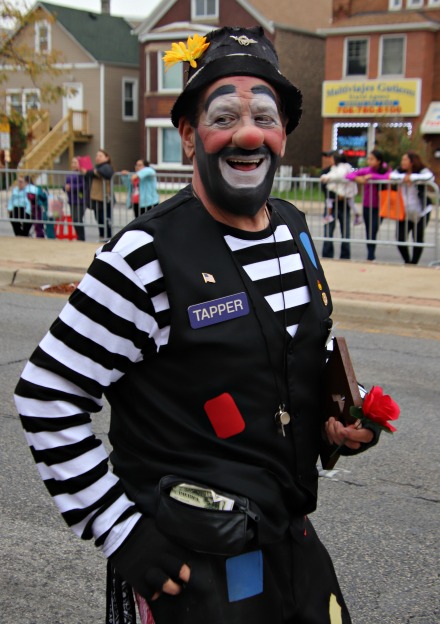 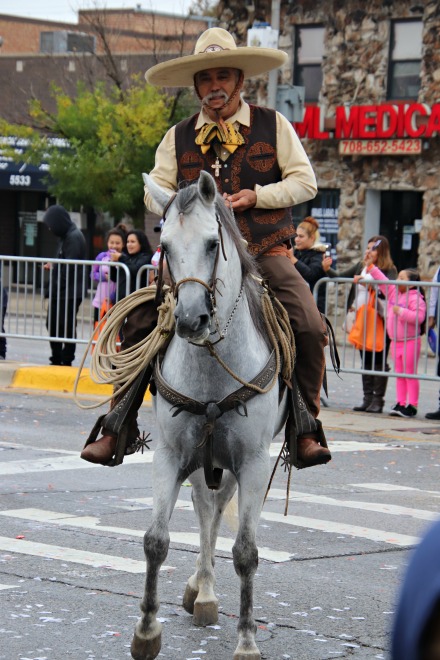 The free swag must have gotten to us as we started spending a lot of energy jumping around and diving for them with little thought for what we’d do with all that crap when we got home. By the time it was over, we walked away with a beach ball, two smaller rubber balls, a shirt, and a frisbee. The good news is that they have “Houby Parade” printed on them so that frisbee will be joining me at his next appearance. I’m thinking a signed frisbee might really help my Svengoolie shrine “pop.”

After a while, Bunny started scaring me again by wondering aloud why we hadn’t seen Svengoolie pass by and if perhaps we’d missed him. Soon our anxieties were relieved when we saw a white float with the horror host inside.

Even though the parade was far from finished, it was over for me the minute Svengoolie passed by. “Welp…that’s enough of that,” I said before heading back to the car. Don and Bunny gave a quick goodbye before chasing after the float. When it comes to Sven-stalking these seasoned pros have a lot to teach me. We’re planning to meet up again this Saturday at Fantasy Costumes for Sven’s next appearance. In the meantime, I need to get my hands on the new issue of MAD Magazine that dropped today. Did you hear a certain horror host is featured in it?

One thought on “2018 Houby Parade: Svengoolie Season is Upon Us!”

View from our room. Southwest adventure turned into a couple days of relaxation. And that’s ok #stlouis #stlouisarch