I was looking over April horror films and made note of a VOD/found footage movie called #Screamers (the hashtag is part of the title). I was surprised when a couple days later the head honcho of terrordaves.com asked if I was interested in reviewing it and enthusiastically dived in!

The film, produced by Trick Candle Productions and distributed by Epic Pictures, revolves around a couple of guys, Tom & Chris, starting up a new horror website with dreams of it being an Internet sensation. Consequently, the duo looks to post edgier content in an effort to help it stand out. After numerous “screamer” short-film submissions, they finally land a mysterious clip that achieves the ambition of just about every online presence – going viral. Drunk off its thirty million hits, they’re determined to find more where it came from and seek out its source. It’s a quest that will lead them to a dark place where the line between reality and entertainment becomes blurred. 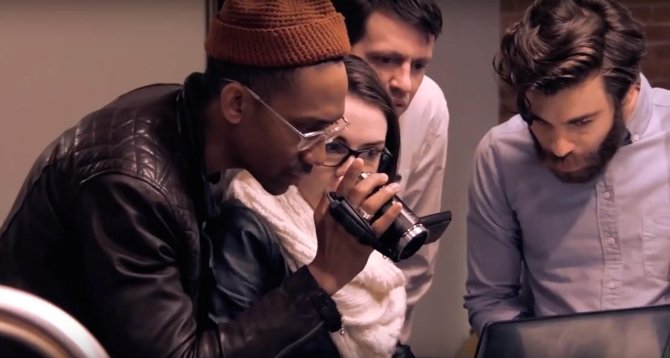 The story is well-crafted and based on real-life situations which add to the fear factor. Tom Malloy, who not only stars in this feature but also wrote and produced it, has crafted a better-than-average found footage film. The first act moved a bit slow to me, though the tension builds as the story progresses, leading to an edge-of-your-seat finale that I can best describe as knuckle gripping/knife cutting terror! In fact, I believe the final scares are about the best I’ve seen in any found footage/POV film to date.

The writer and crew took their time with this feature, and it shows. I love how the actors exude “I’ve got the world by the balls” confidence at the beginning of the story before reverting to helpless panic by its end.

#Screamers also has a great look and “feel” that proves it’s award-winning cinematography was well earned. I thoroughly enjoyed this movie and know my fellow horror fans will as well!