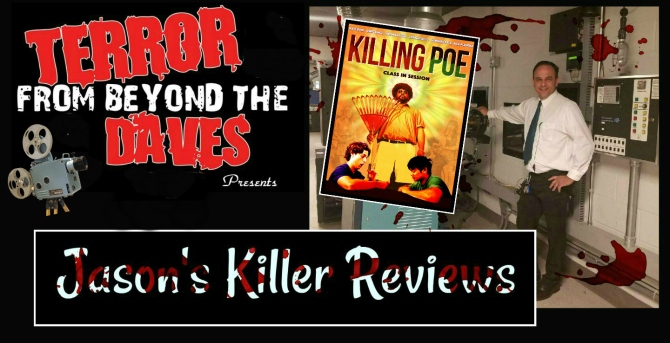 It’s time for another KILLER review from Terror from beyond the Daves! As many of you know, I’m a “Jason – not a “Dave,” but get deputized everytime an Indie horror film comes his way. Today’s film – Killing Poe, however, doesn’t feel much like an Independent film at all. With a reported $2.5 million dollar budget, I think it safely broke the ceiling of most of the ones I’ve seen but let’s review… 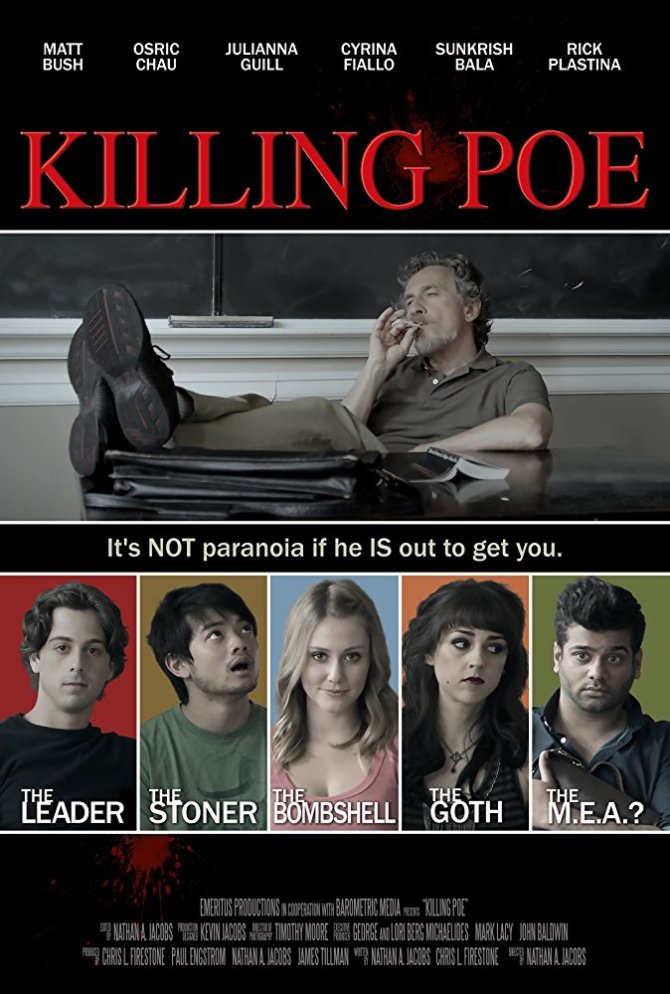 I admit a title like Killing Poe had me envisioning a dark story filled with blood & guts. Instead, I was treated to a dark comedy that takes a macabre turn near the end. The story centers around five unfortunate college students who end up in an Edgar Allen Poe class taught by Dr. Reginald Reinhold Lynch (Rick Plastina). We soon learn their instructor (a term I use loosely) is far more interested in tormenting his class than teaching them. His constant harassment eventually turns his otherwise peace-loving pupils into would-be killers! 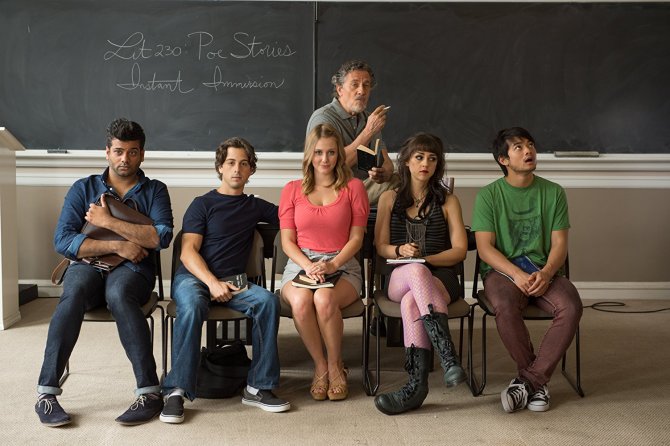 The first two acts play like a Hollywood stoner film; sort of like Cheech and Chong meets Animal House though falling short on both counts. The third act, however, lives up to the film’s title a bit more – though not by much.

I admit,  I’m not a fan of “stoner” films and though I saw the Cheech and Chong movies back in the day and enjoyed them, that’s where it ended. The cast does well with the material given and there are a few stand-outs such as Sunkrish Bala as Ashbir, Osric Chau as Bud, and Julianna Guill as Brittney. I thought Rick Plastina’s performance fell a bit short as Professor Lynch and many of his character’s histrionics felt forced. The film also features a TV broadcast with real-life public access horror host, Dr. Destruction (Dale Wambolt) whom I, as a New Englander, was unfamiliar with (we’re in Penny Dreadful territory over here). His appearance seemed more like filler, though I’m sure his fans will enjoy seeing it nonetheless. 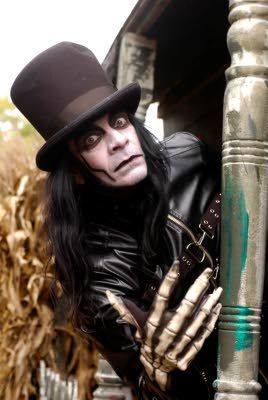 As mentioned, this does not feel like an Indie film and features top-notch sets and locations with good production value. There are some legitimate laughs, though a bit too many stoner gags for this viewer. In my opinion, the story was good enough that they didn’t need to resort to these obvious punchlines as often as they did. The third act is definitely the most satisfying; tying the story together nicely. Admittingly, this could be the horror fan in me talking.

The Scene of the Crime

More a tension/comedy than horror/comedy but I give it 4 out of 5 chuckles and a couple exasperating buckets of tension for good measure.

My verdict? Killing Poe gets an Indie score of  6 out of 10…a good watch, once it finally gets going.