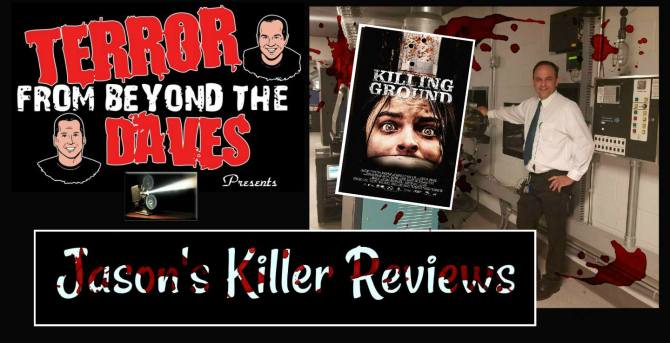 Today’s review is about another great Australian film. The film scene down under consistently puts out a few great films a year. WYRMWOOD, Wolf Creek and Animal Kingdom come to mind as great thriller/horror films since 2005. It also goes without saying FURY ROAD is in another category all together! But before I get into KILLING GROUND I think it is worth a moment to clear up what is a HORROR film and/or THRILLER film. When I am asked what makes a film a thriller or horror I often give a quote ex-vice president Al Gore’s wife stated (for another reason, but works for me) during her fight to censor music lyrics. When asked what are explicit lyrics she said, “Well it’s like pornography. I am not sure but I know when I see it.” I feel the same way about a HORROR film or THRILLER film. Hard to define, but I know when I see it. I did a little research and here are the best definitions I can find (although vague) that make it easier to really know the difference and why so many films have been described as BOTH!

Horror: an intense feeling of fear, shock, or disgust. Thriller: with an exciting plot, typically involving crime or a high degree of intrigue, adventure or suspense.

And after seeing KILLING GROUND, both of these descriptions describe the film. The film is an Australian survival thriller that starts with a couple off for a getaway weekend only in the quiet outback. I’ve seen the haunting trailer so I know it’s not going to go well. And in short time they do as well when the site they have selected is not as isolated as they had hoped. There is a nice tent set up 20 yards away on the water’s edge but they decide they’ll make the best of it and besides, Ian (Ian Meadows) has plans to make the weekend memorable. Sam (Harriet Dryer), his girlfriend, is not afraid of the outdoors and is equally excited for time alone. Things soon are not what they seem. They soon realize the tent is abandoned and overtime we then learn through great story telling that the couple in the adjacent tent have a small child and a teenager. The tension builds as the 2 families and outside forces collide putting them in fear of their very lives! The isolation of the location plays a vital role in the film. And the realism makes you feel like you are fighting along with them. Grimacing around every tree, after every trip and every SHOT.

In this rare occasion, there are 2 antagonists that feed off each other that brings FEAR to a new level. Chook (Aaron Glenane) and German (Aaron Pedersen) are characters that make you squeamish the moment they are on screen. These are  roles that might type cast them or give them plenty of work as the BAD GUY in many films. 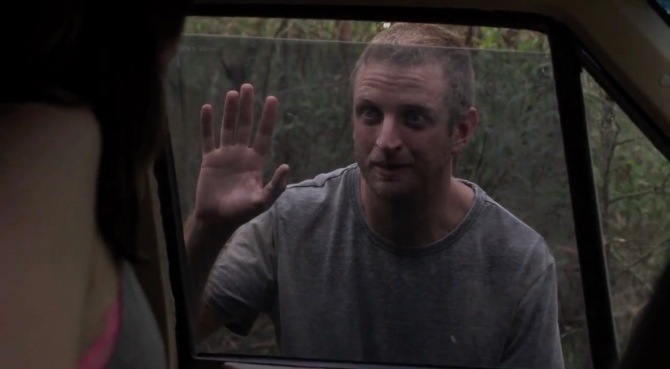 The story is well thought out and it all comes together very well. The actors are top notch and they play well to the characters strengths and weaknesses. What starts as an adventure ends in SHOCK and it will leave you drained and shaky. I am sure this film will make you think twice before your next camping trip.

8/10 buckets of BLOOD with a sh%t load of fear!
#killingground