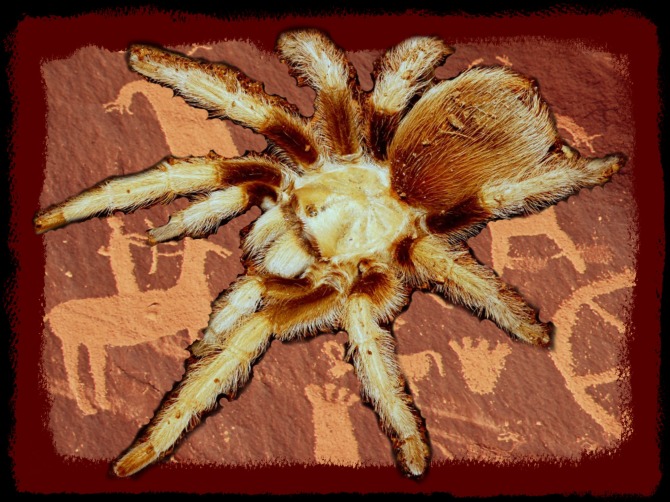 Of all the National Parks we’d visit during the course of this trip, Saguaro was by far our favorite. Despite the image of immense cacti standing over a desolate expanse, the region is actually teeming with plants and animals perfectly adapted for its harsh conditions. It would also grant us a glimpse of one of our favorite creatures but, for the first time, in its own world instead of ours. And, as with the fulfillment of any quest, it began with a journey. 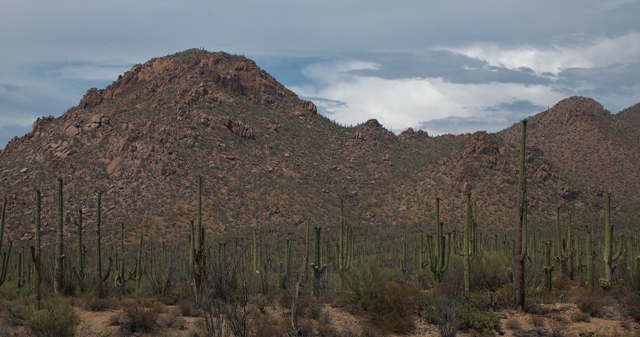 We arrived in Tucson on Friday June 10th and spent the earlier portion of the day visiting the Sonora Desert Museum. This accredited zoo highlights the region’s hidden wonders while supplying plenty of friendly volunteers and educational signage to help grant outsiders like us an appreciation for it. We intended to take full advantage of this and asked one of the docents what our chances were for finding wild tarantulas at Saguaro. He had just given us a private presentation on scorpions so it was the perfect segue. 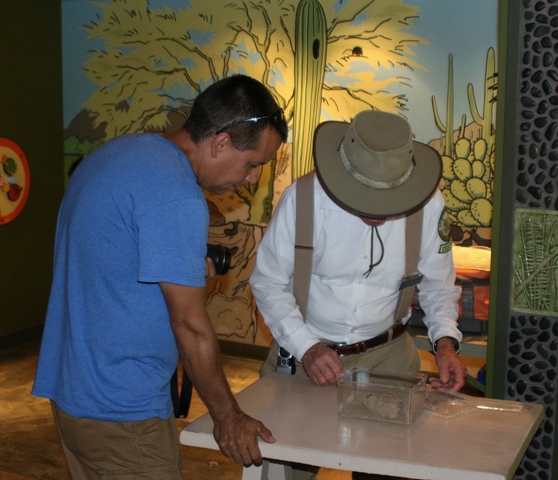 “Awesome!…Now where can we find the wild ones?”

He told us what just about everyone else on this trip did; that it was a bad time of year and we should wait until September when the males (desperate for one final roll in the hay) are out looking for mates before dying. The forecast was grim, but we found encouragement just outside the exhibit in a cluster of plants being pollinated by several tarantula hawk wasps. These large black insects with bright orange wings stun tarantulas with their potent stingers before using them as food for their larvae. Despite their fearsome appearance, they’re actually rather docile and we couldn’t have been happier to see them. After all, if the parasite is near can its favorite host be far behind? 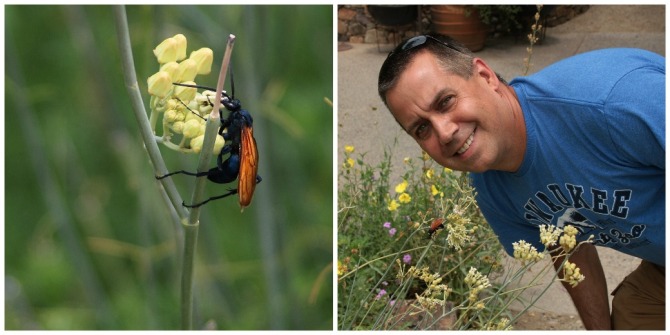 The West side of Saguaro was located between the Sonora Desert Museum and our hotel so, before checking into our room, we decided to stop at the Park’s Visitor Center so a ranger could go over the map with us. National Park Rangers are not only friendly and knowledgeable, they’re happy to answer any of your questions while helping you strategize your visit based on your own personal interests. The man we talked to was tall, slender with glasses and we could tell he knew the park like the back of his hand. We posed our tarantula question to him but received the same answer; “come back in September.” Now that we’d established ourselves as a pair of weirdos, he suggested that rather than us wandering around looking for spiders we visit Signal Hill instead. This was an area in the park that had Petroglyphs like the ones we’d seen earlier at the Petrified Forest. Although archaeologists know the ancient symbols at Saguaro were created by the Hohokum people, they’ve never been able to decipher their messages. This left plenty of room for interpretation so I asked the Ranger, “Why is it called Signal Hill? Who exactly were they trying to signal?” The Ranger gave us a wry smile and said, “Well…that is something nobody is quite sure of.” His response made us both laugh as it was pretty obvious that not only did he know exactly what we were insinuating but that he was likely a fellow weirdo himself. Obviously he didn’t have to spell it out since we all knew exactly whom the Native Americans were trying to send signals to. 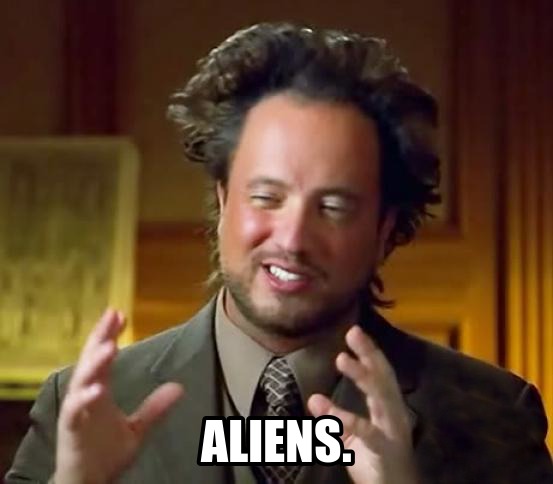 We checked into our hotel, visited a local pet store that David had ordered spiders from (and I was shocked didn’t have his picture on the wall with a placard reading, “Customer of the Year”) and a Burger King drive-thru for dinner. By the time we made our way back to Saguaro and reached Signal Hill we were already losing light with no small thanks to ominous storm clouds approaching from the north. 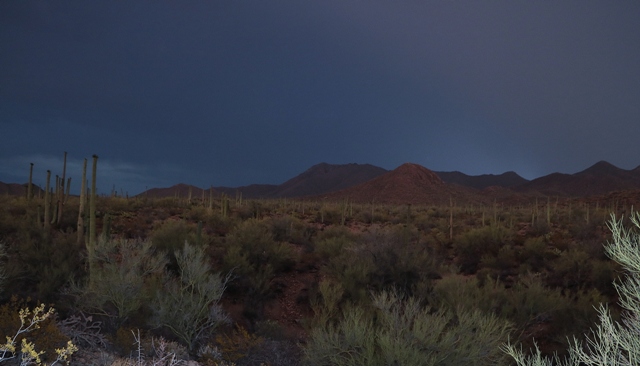 If you looked South, on the other hand, it was a desert postcard. 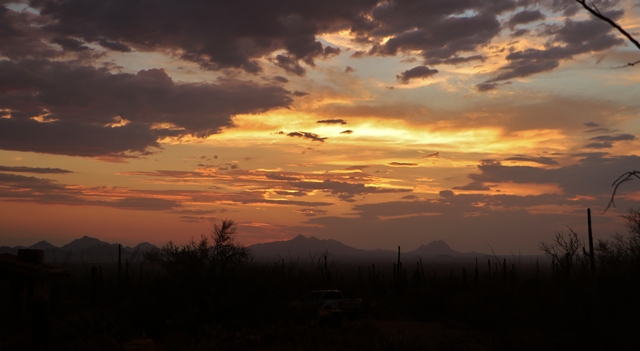 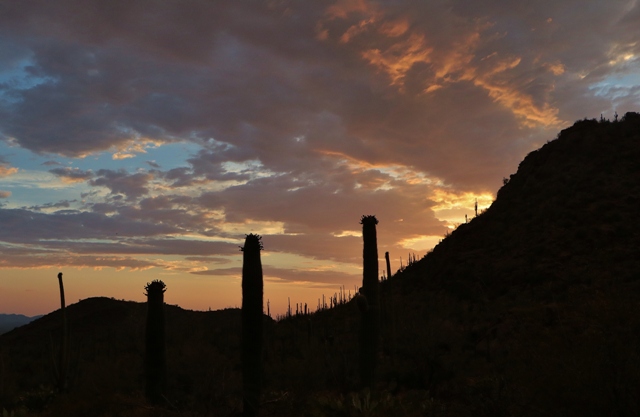 We parked at a designated area before embarking on what would be the scariest hikes I’ve ever done in my life. Here we are climbing past rattlesnake warning signs while hearing a pack of howling coyotes in the distance that sounded exactly like what you’d hear in a werewolf movie while everything was getting darker. We were also paranoid of getting trapped in the park as the entrances get roped off at “dusk.” 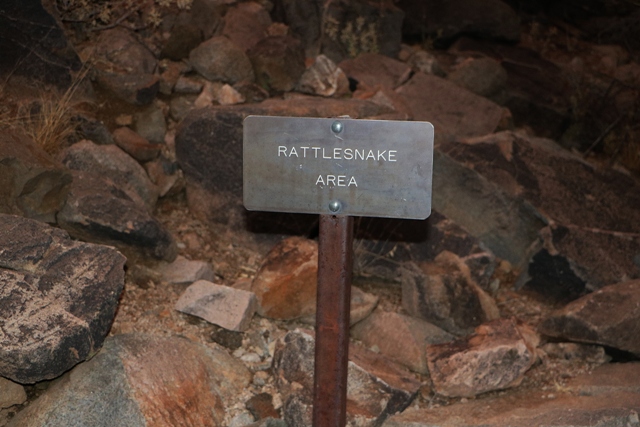 So we ran up the trail dodging cactus plants and leaping over anything that remotely resembled a snake. We eventually found the Petroglyphs but were then torn between using what few moments we had left for either photographing the rocks or trying to capture the spectacular lightning show taking place in the distance. 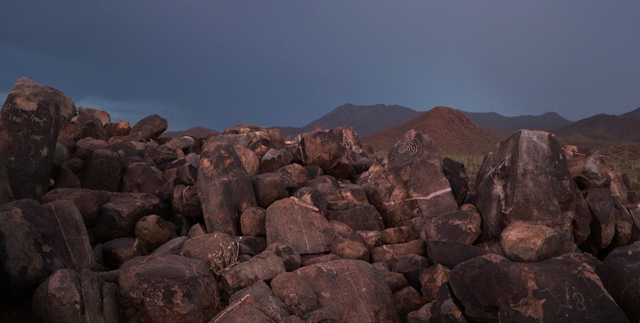 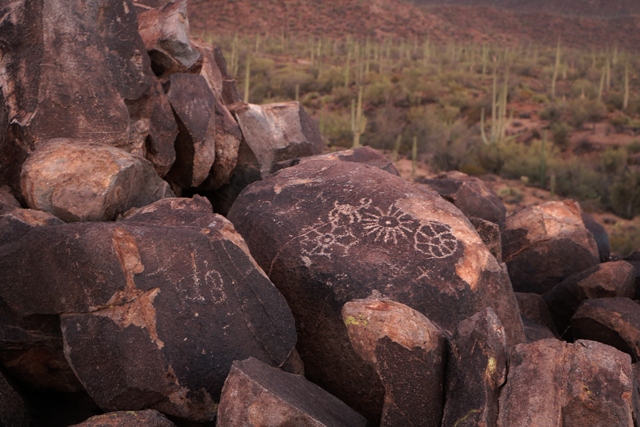 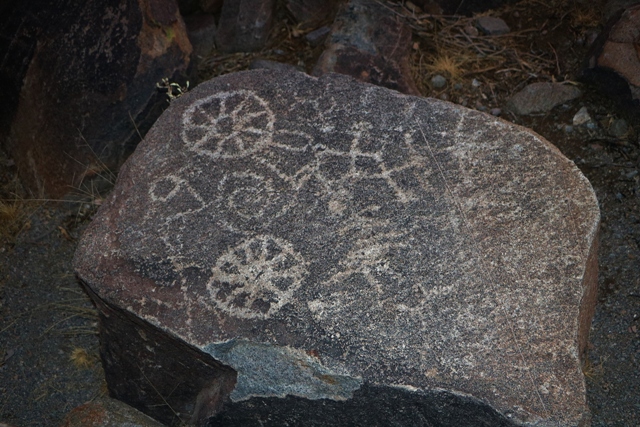 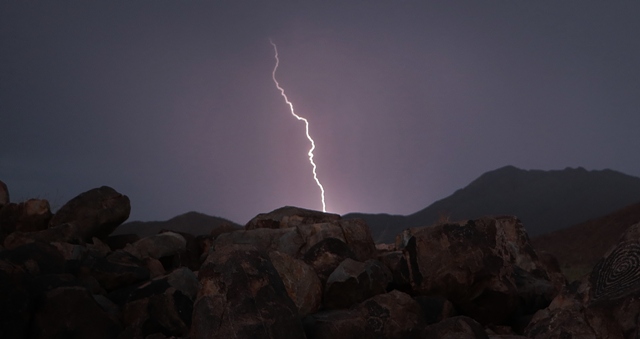 After taking as many photos as we could, we sprinted back to the car and breathed a big sigh of relief once we cleared the Park’s perimeter. We drove another ten minutes before stopping at a nearby trail we’d taken note of earlier in the day. By this time it was nightfall and the storms we’d seen had moved off in another direction. David brought out a flashlight while handing me a duller UV one. This was so we could work together and achieve both our arachnid objectives; finding tarantulas and scorpions. My job was the latter as, for reasons scientists are still debating, scorpions glow neon blue when placed under ultraviolet light. I’d never actually put this to the test but would soon realize just how true that was.

After twenty minutes and making it about halfway around the loop, we started feeling what were now becoming the familiar pangs of defeat. Even David began to resign himself that everyone we’d spoken to was right and the Rhode Island “Bug Guy” had been beaten. I’ll never forget the sad exchange…

David: I guess it makes sense that we won’t see any tarantulas this time of year. If you think about it they must all be deep in their burrows and pretty well hidden.

Dave: Yeah, we probably won’t see any this trip but, come on, no scorpions? I’ve always heard Arizona is full of them.

I swear those words no sooner left my mouth before a bright, neon blue creature zoomed right past me. I trained the UV light in the direction it’d been going and, I’ll be damned, it was a scorpion! It quickly disappeared into a burrow while I started screaming, “Scorpion!!! OMG it’s a scorpion!!! I just saw it crawl into its burrow…I swear it was a scorpion!!!”

David assured me that he believed my story and his faith was justified seconds later when we’d both spot two more. This time they stayed out and let us get a good look at them. I held the UV light on one and snapped a million pictures despite it being the worst possible conditions for photography. 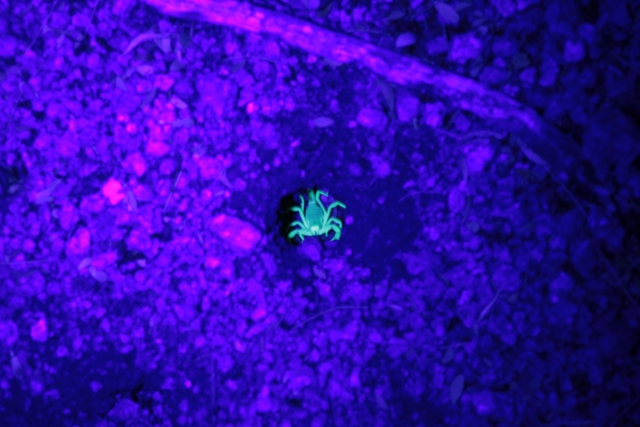 I later took a picture with the flash and it illustrated just how well camouflaged scorpions are to the naked eye. 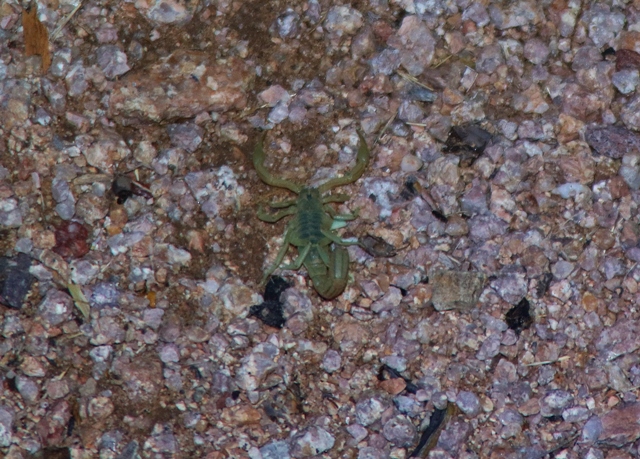 We saw more scorpions as we continued walking and had just counted our eighth before it was David’s turn to start yelling. “Tarantula!!!”

Sure enough it was Aphonopelma chalcodes a.k.a. the desert blonde tarantula and she was just beautiful! She was also very docile and showed no aggression towards us while we took turns handling her. I should mention that even if she had bitten us, this species isn’t harmful to humans. Tarantulas mainly kick their coarse hairs when stressed which cause irritation to skin and eyes but this one never did. 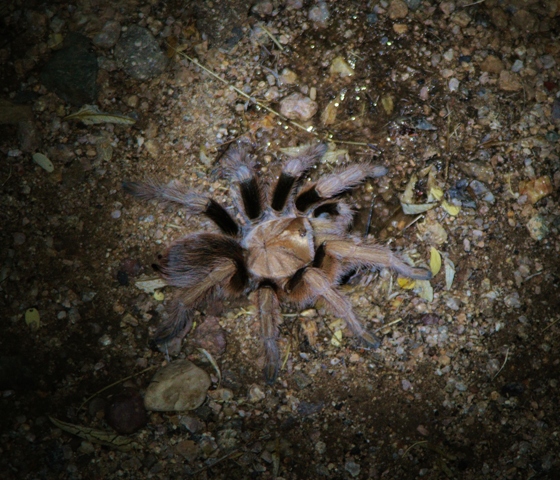 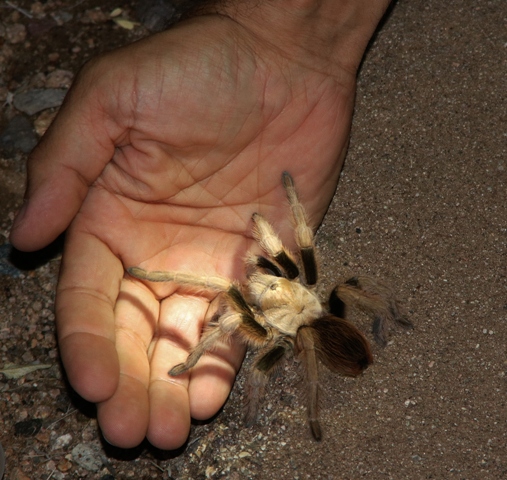 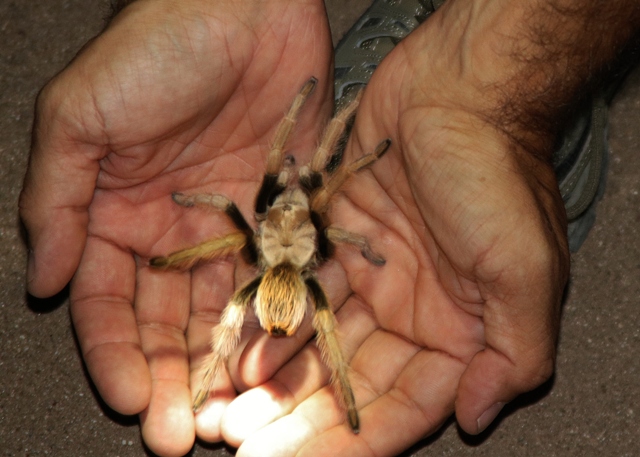 Since we were no longer in Saguaro National Park, we could have legally taken her home with us but opted to let her go instead. Yes, she was gorgeous and either of us would love to have added her to our collection but, with a full week of vacation still left, we couldn’t very well leave her in a hot, stuffy car for the majority of it. We said our goodbyes and, like every other blonde in our lives, watched her scurry off into the distance.

When we returned to the car we took advantage of the clear desert sky and did some serious star-gazing. On this particular night Saturn, Mars, and the bright star Antares formed a spectacular triangle in the southwest sky almost as if celebrating our achievement. Whatever the position of the planets, they were obviously perfectly aligned for a night we’d never forget.

Coming Up…Sedona and the E.T. Diner!