After our success at Aztec we headed down to Gallup, New Mexico and spent the night. The next morning we decided to skip the crappy, free hotel breakfast in favor of McDonald’s and a southwestern variant of their breakfast burrito with green chiles (I swear, everything down here had green chiles in it). We barely sipped our ice coffees before hopping on to I-40 towards Petrified Forest National Park. It was just over an hour from where we’d been staying but, as soon as we crossed the Arizona border, the clock gave us those sixty minutes right back courtesy of the Arizona Mountain Time Zone. In many ways it was like going back fifty years… 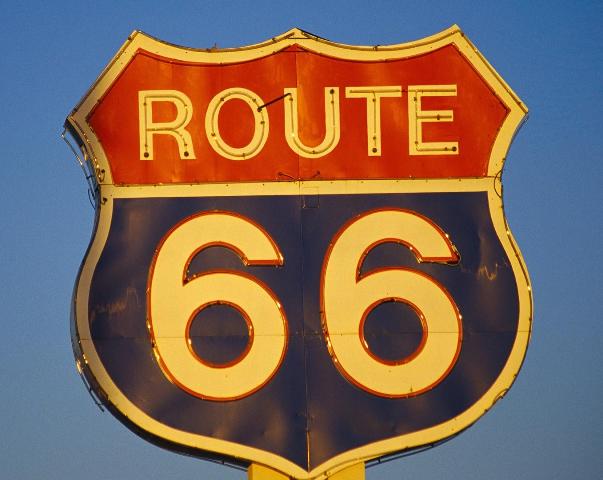 We didn’t think much of it at the time but we were traveling on what was once the historic Route 66. This legendary “Main Street of America” once ran from Chicago to Los Angeles and at a time when road trips were at the height of their popularity. Before it was segmented and officially removed from the US Highway system in 1985, it would inspire songs and television shows while featuring plenty of fun roadside businesses and attractions. Although we didn’t see much of those during this short stretch, we were hardly starved for eye candy thanks to the beautiful mountains and vast desert expanse. The Painted Desert and Petrified Forest would be the first of many National Parks we’d visit during this vacation and each one, though totally unique, was absolutely stunning. For those of us who live in congested metropolises, I highly recommend visiting a National or State Park to see just how gorgeous our planet truly is. 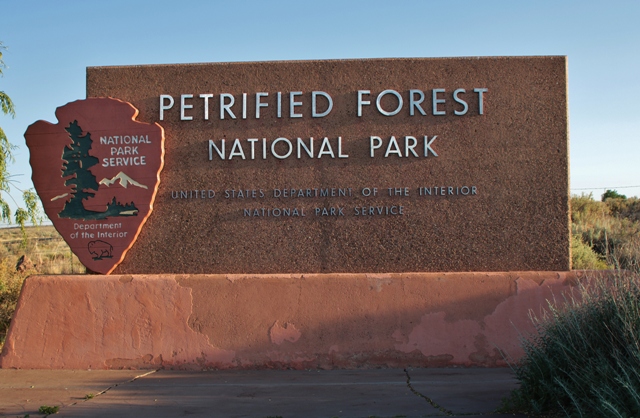 Petrified Forest was like stepping into a postcard. Yes, I realize that’s a pretty big cliche’ but, honestly, look at these pictures and see for yourself. 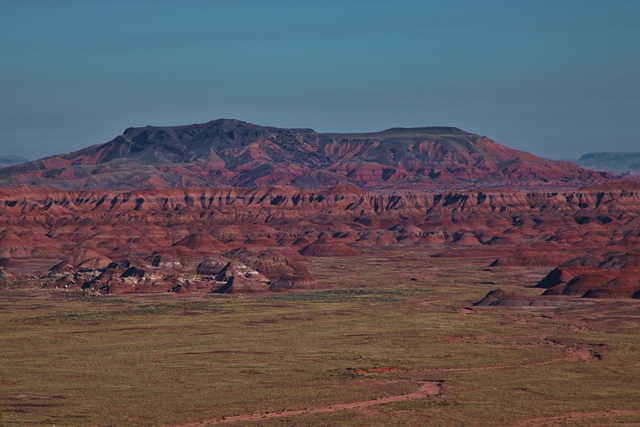 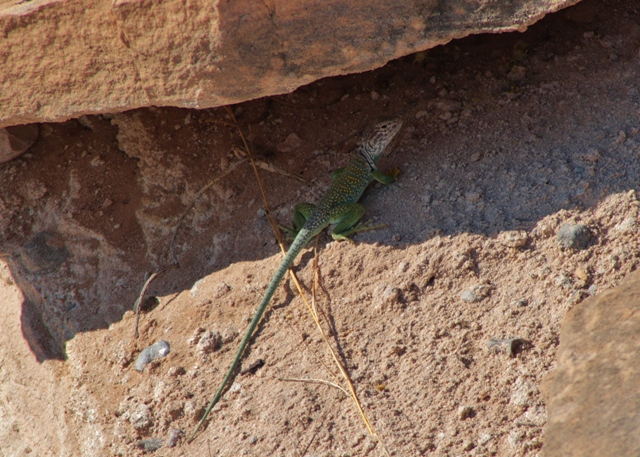 We followed a park map and stopped at all listed points of interest. One of our favorites were the petroglyphs at Newspaper Rock. These ancient symbols were created by the Pueblo Indians approximately 650-2,000 years ago. At this particular spot there were over six hundred different etchings but, since they’d been created by multiple artists, were impossible to decipher. We’d end up seeing more petroglyphs during the course of our trip and it never got old (especially since we kept trying to construe some of the drawings as extraterrestrial beings). I’d later purchase a book on Amazon that translated some of these characters.

After leaving Petrified Forest we made our way back to New Mexico; quickly losing that extra hour. We shared the wheel while making the three hour trek to Albuquerque where we’d spend the next 24 hours. Before checking into our hotel, we stopped over at the New Mexico Museum of Natural History and Science. We Daves never outgrew our love of dinosaurs, prehistoric animals, and fossils…actually, if you learn nothing else from this Terror Dave site it’s that we obviously never outgrew anything.

This museum, though not nearly the size of my local Field Museum of Natural History, boasted a life-size model of the T-Rex, “Stan” (second largest and complete specimen next to our “Sue”) as well as a temporary buzzsaw shark exhibit. What’s that? You say you’ve never heard of a buzzsaw shark?

That’s not surprising since these animals represent one of those evolutionary turns that have scientists baffled. Although the existence of sharks pre-dates that of the dinosaurs (approximately 450 million years ago) their perfect, streamlined design have remained relatively unchanged throughout the eons. This particular family of sharks (Helicorpion), however, no longer exist and were a biological dead end. Just as their nickname implies, the bottom row of their teeth (referred to as “whorls”) look like something you’d see in a carpenter’s workshop. In many ways this animal seemed more fit for a Gamera movie than a natural history museum.

That exhibit led us to the dinosaurs; a large room featuring a couple of great skeletons like a huge sauropod (long neck) and my childhood favorite, Stegosaurus. The replica of “Stan”was down on the main floor. He was discovered in the Badlands, not far from “Sue.” The original Stan fossils are at the Black Hills Institute in South Dakota (which will be part of our 2017 Terror Dave road trip) but full casts like this one are displayed at several institutions; two of which we’d see during this vacation alone.

Across from Stan was a room dedicated to live insects and arachnids. Although they had a tarantula we were as determined as ever to see one in the wild. We struck up a conversation with the curator; a nice man named Michael Sanchez, and both he and his assistant were happy to help us out. They suggested we drive to the other side of the city and find a hiking trail at the foot of the Sandia Foothills. Since we Daves are directionally challenged, he was even kind enough to draw us a map.

Mr. Sanchez, directs us to the tarantulas!

Needless to say, it was the fastest we ever fled a museum as we were really anxious to start the search! Just like the previous day in Aztec, we found ourselves hiking during the hottest time of day with over 100 degree temps. I swear it was like we read every rule on how to correctly do a desert hike and then decided to do the exact opposite.

Say, this looks like the PERFECT spot to wander around looking for tarantulas!

Our hopes were high that we’d finally succeed but, after over an hour of searching, all we managed to track down were a gazillion ant hills. I honestly can’t tell you how many different species of ants we encountered during the course of this trip but, let me tell you, if that old ’50s movie, THEM, ever actually happened we humans would last about fifteen minutes. Despite not yielding any arachnids, it was a neat hike. 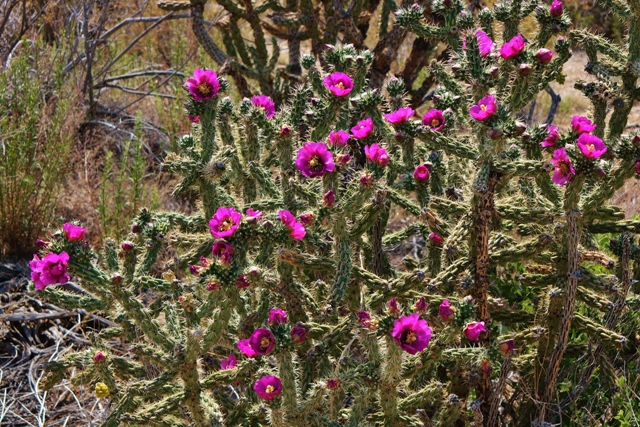 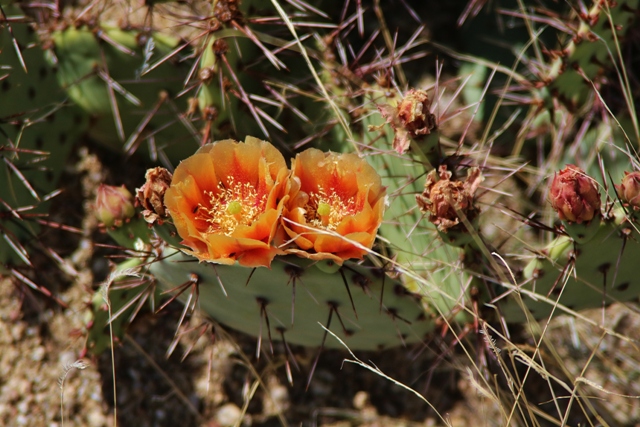 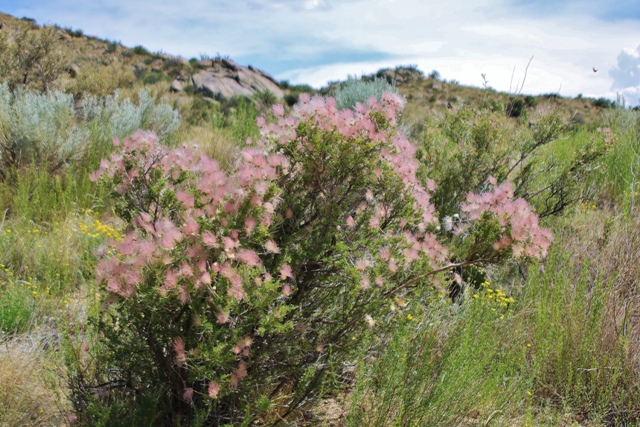 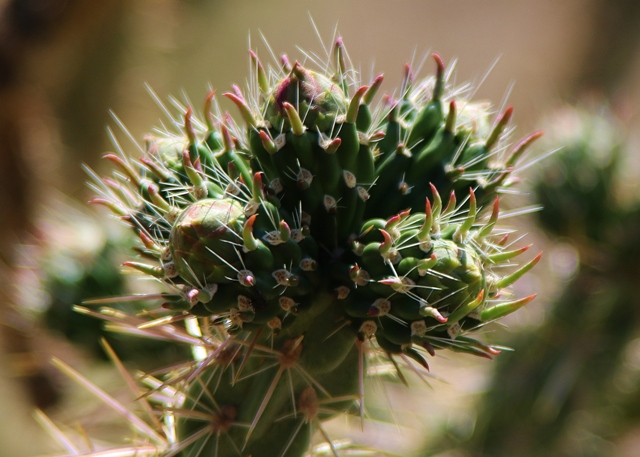 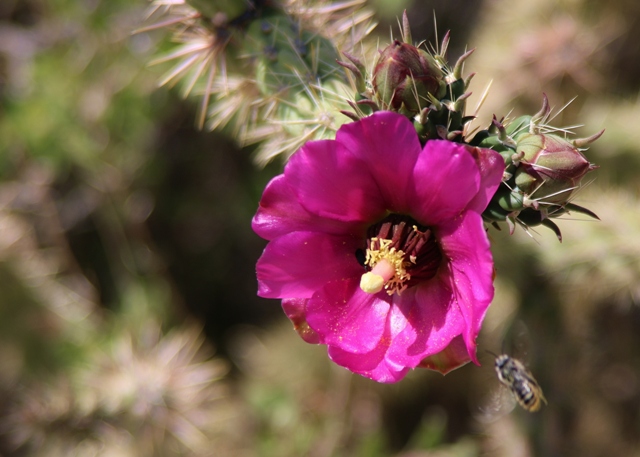 By the time evening set in we came to the conclusion that what we really wanted to find was a decent pizza and some cold drinks. The manager of our hotel suggested a restaurant called Dion’s which was just down the street. The pizza was certainly no better than anything I’ve had in Chicago but they did make a yummy ranch dressing for our salads. The next day we’d get a tour of their local zoo, the ABQ Bio Park, before leaving for the town that inspired this road trip in the first place. 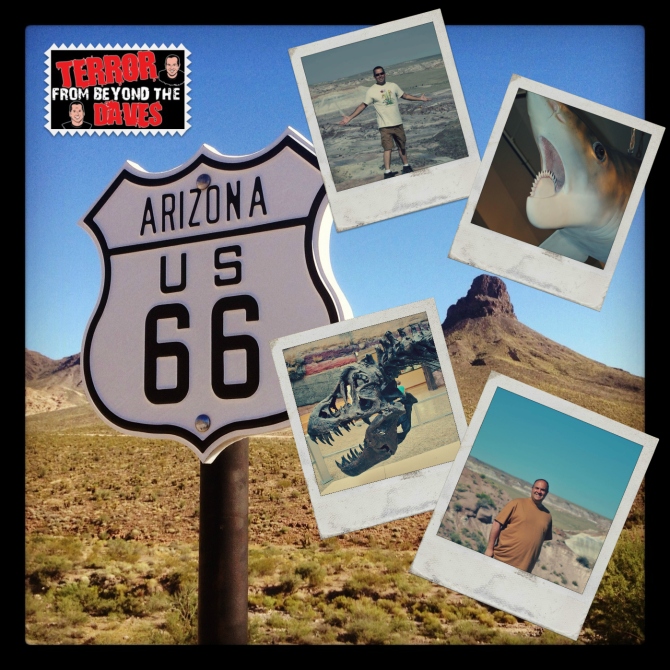 2 thoughts on “Getting our kicks on Route 66 with Buzzsaw Sharks & a T-Rex named Stan!”