Friend of the Daves, Jason Schoolcraft, finishes up his two part coverage of the film SEVEN DORMS OF DEATH by interviewing film maker Richard-Marr Griffin!

Jason: When and where did you get the bug to work in the film industry and make films?

Richard: When I was 12 years old my father bought me a Super 8 camera. I totally fell in love with making short films with friends and family members. When I was 20, I was hired by a local television station, where I spent 14 years directing, producing and editing magazine shows, talk shows, commercials. It was a tremendous way to learn all aspects of production, and get paid while doing it! In 2004 I left TV and formed my production company, Scorpio Film Releasing, with my partner Ted Marr.

Did you hear something? Photo courtesy of Scorpio Film Releasing.

Jason: How many films have you directed?

Richard: I have directed 20 features and so many shorts that I can’t even keep count.

Jason: What film/director inspired you want to make films?  And why HORROR?

Richard: That’s not an easy question to answer quickly! I was inspired by directors like Billy Wilder, Howard Hawks, Dario Argento, Frank Tashlin, Chuck Jones, John Carpenter, David Cronenberg, Francis Ford Coppola. And, why horror? Well, I love the genre! My mother was a huge horror movie and horror novel fan, so I guess some of that rubbed off on me. I think maybe I’m so attracted to it because I love getting a reaction from the audience. Make ‘em scream, make ‘em laugh. Just make them react! Also, horror allows me to be very visual, unlike a run-of-the-mill drama. 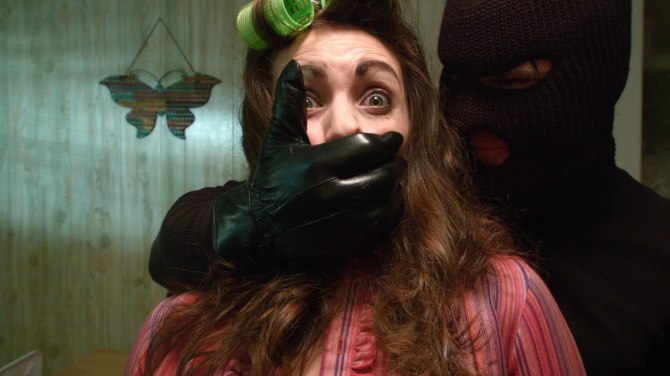 Jason: I have seen some of your films. Is it safe to say you have some go to actors/actress?

Richard: Yes, there are certain actors I keep going back to again and again. Some of it is that they’re very talented, and some of it is that there is an ease to working with people you know well. Making a movie is hard enough without going through the “getting to know you” phase

Jason: It is also safe to say you are a prolific Independent film writer/producer/director. How are you so successful?

Richard: Our success as a company is that we have fun. We work very hard, but we all love and respect everyone. On my sets nobody gets “star treatment”. We’re all in the trenches together, making the best movie we possibly can, and at the same time we’re having a blast doing it. I think the audience notices that. Also, we respect our audience. We don’t talk down to them; we know that horror fans are really a smart, savvy group of people who know when you’re just phoning it in. 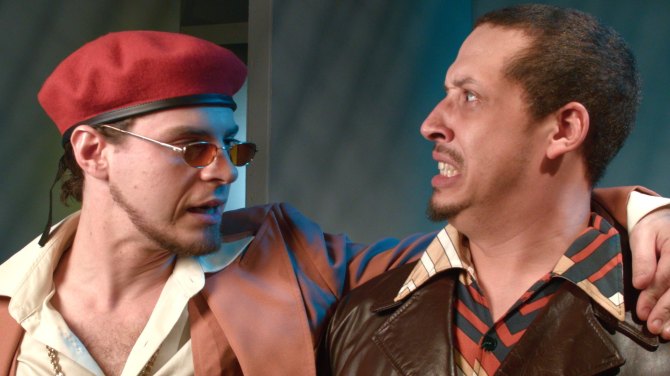 Jason: You seem to hedge towards horror but have dabbled in many genres. What would you like to do that you have not tried yet, or when you did it did not work so well?

Richard: I would love to direct a western! I actually have a screenplay for a supernatural western called “Four Coffins for the Devil” that I still want to make. Also, I want to direct more comedies. I had a blast making Accidental Incest, which is based on an award-winning play by Lenny Schwartz and I’d like to do something similar in the future.

Jason: This is a 2 part question: What was your favorite film you directed? What was the film you had the most fun making?

Richard: They’re all my favorites. I know it’s a cliché, but they’re like you’re kids. You love them all for different reasons. Some films turned out great, but they were hell to make… but you still love them. And mostly I love them all because of the people involved. But, if I was going to say what film I had the most fun making, it would have to be a movie called Exhumed, which Guy Benoit wrote. That was 11 days of filmmaking bliss.

Jason: If you had one WISH and could pick any Hollywood actor/actress or writer who would you love to work with?

Richard: They’re all dead! Seriously! I would have loved to work with Lee Van Cleef or Ernest Borgnine. But the actors from the “Golden Age” of Hollywood are almost all gone. If I had to say, I would like to work with a great character actor like John Goodman.

Jason: I have seen you write on more than one occasion after a Hollywood film has been released and you didn’t like the way it turned out, heard you say something like “Give me 1/100 that budget and I could make that film a success”! What film in recent 10 years or so would you love to get the chance to make it right?

Richard: Oh boy. I could have done a much better job with Sweeney Todd. I would have also liked to be able to take a crack at Stephen King’s The Stand. The entire cast is a standout in my opinion. They had to act campy, and lost in the school production. The director did an outstanding job pulling together the cast, crew, writer and was lucky to get that something special, that turns a good movie into something special that only comes along once 10 or 20 years!

So in closing I will say I am waiting for my limited cast signed DVD edition of the film SEVEN DORMS OF DEATH. Richard put out on the Scorpio Film Releasing Facebook Page  about this limited sale, I jumped on it! I am eagerly awaiting his next film, because no matter what it is, it will be FUN and entertaining and independent!!