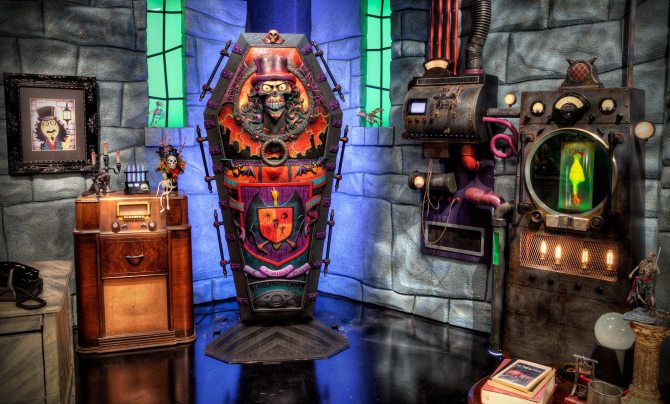 Fans who tuned in for national TV horror host, Svengoolie’s, recent presentation of Frankenstein were given a special treat. Early in the program some glimpses of his brand new set was revealed and I think I speak for everyone when I say that it gets a big thumbs up!

The talented folks at Acme Design worked tirelessly to create a set that would compliment the new coffin they’d built for him last year (which we dug into the dynamics of  HERE). Acme’s Elizabeth Haney invited me to come see it during its final stages of construction and I drove up the Wednesday before it was brought to the station.

As I walked in the door, I maneuvered past the walls of the new set which, at that point, were unpainted. Despite it’s lack of color, the heavy stones were unmistakably that of a “Dungeon.” 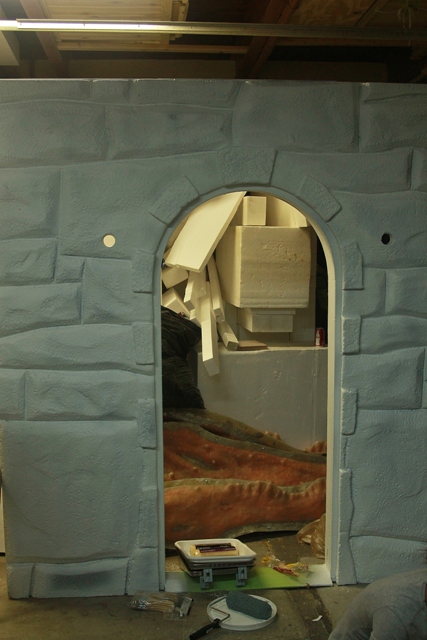 The new set is the brainchild of Ryan Guenther who also designed the new coffin. This guaranteed two things; the new set would provide the perfect venue for the new coffin and it all going to look amazing!

The set is three-fold and has wheels for easy storage and set up. 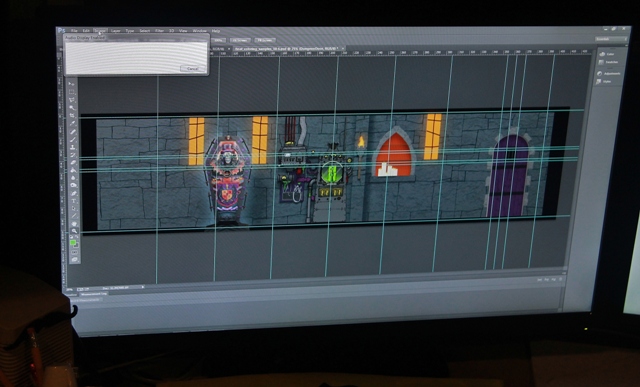 Two gargoyle heads adorn the dungeon ceiling and, if you look closely, you can recognize the faces of two horror legends; Vincent Price and Boris Karloff. 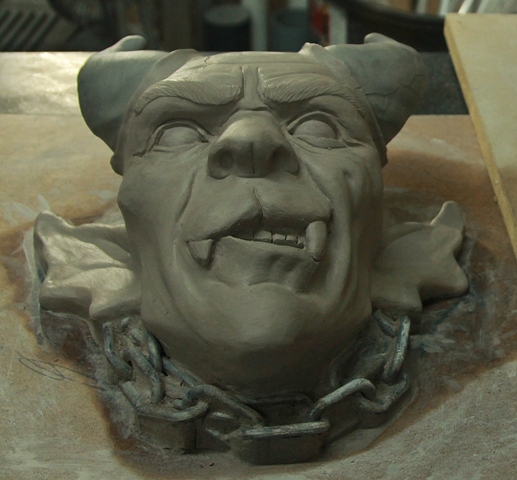 Another classic horror host feature is the “mad scientist lab.” This one, however, is customized for Svengoolie by having a rubber chicken in a stasis tube (you can catch a glimpse of that at the end of this post). At the time of my visit, however, this portion wasn’t complete though I did see them working on the control panels. 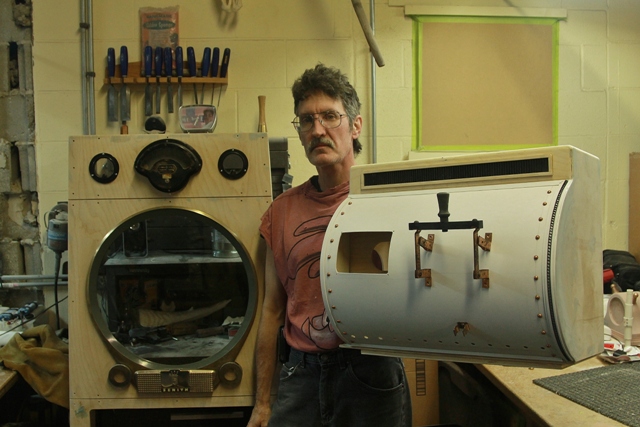 Here are some shots of the “plans” along with parts purchased online –  either to be used or mimicked for the final props. 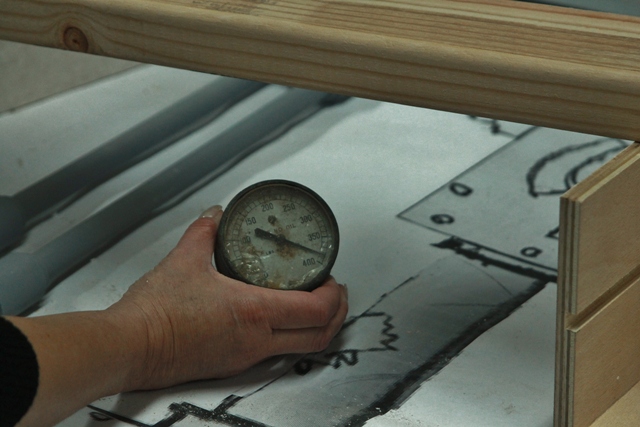 I was particularly interested in the new door which naturally had an opening for his show’s “man at the door” segment during the final act.

Elizabeth encouraged me to venture out and my own and I saw a young woman start painting the set walls. 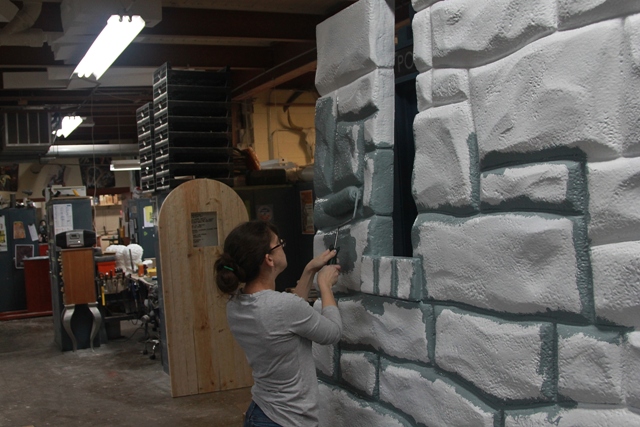 I asked Elizabeth if she could take a picture of me “painting” the walls and they not only agreed, they let me do it for real! Lucky for me I was tall enough to reach the higher parts which meant there was no need to stage a shot. Although it was the first of what I imagined was going to be multiple coats of paint, I was REALLY excited to be able to do this. 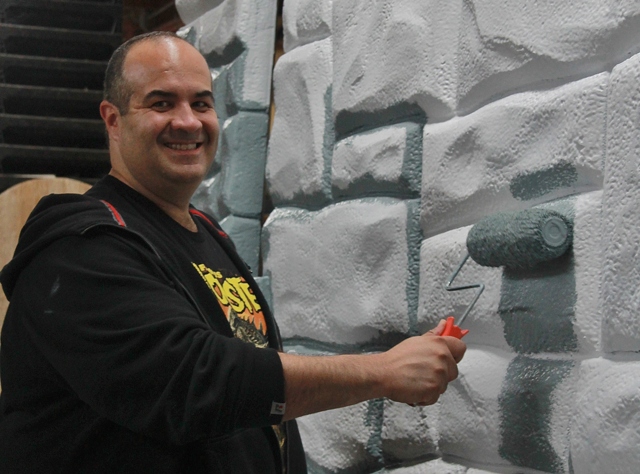 With a mere three days before the set was scheduled to arrive at the station, I wondered how they’d get it done on time. I knew they’d do it…I just didn’t know how.

Sure enough that weekend it was installed on schedule. The following photographs were sent to me by Jim Roche and being shared with his permission. 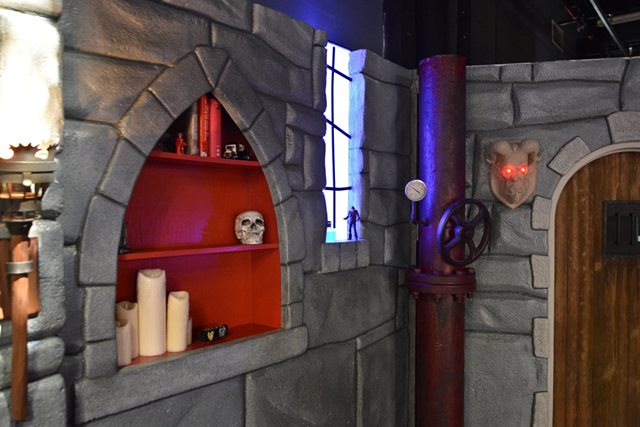 I had to admit that, despite having seen the plans and unfinished components, I was still blown away with how amazing it looked. Here are the clips from his November 15th show…

2015 promises more of the new set along with new movies as well as old favorites! The stage is SET for another banner year of Svengoolie fandom!

10 thoughts on “A New Set for Svengoolie!”