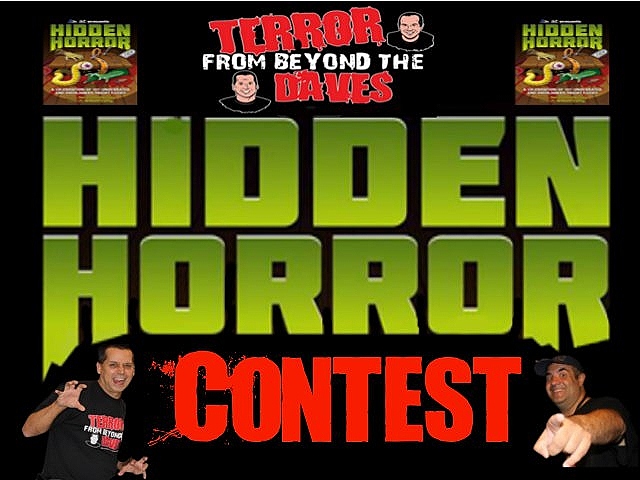 Here are the winners of our Hidden Horror Contest!

Our THIRD place winner is Amanda Davis for Exorcist III!

Amanda writes…My under-appreciated horror film is Exorcist 3: Legion. I saw the film back in the days where a parent could sign your ticket and you could watch an R rated film. I was 9 years old at the time and was the only person in the theatre. From the opening where it shows the classic exorcist steps and the church doors fly open till the mediocre tacked on exorcism ending i was hooked. It has my all time favorite horror movie scene (the nurse being chased by the white cloaked figure with shears) i loved the idea of the elderly being possessed it was highly effective. I just think no one gives it a chance since exorcist 2: the heretic is universally hated so like legion “there are many” who haven’t discovered this hidden horror gem.

Amanda will be receiving a FREE copy of the book “Hidden Horror: A Celebration of 101 Underrated and Overlooked Fright Flicks”

Chris writes – The most under appreciated horror film in my opinion is “Night Creatures” aka “Captain Clegg” 1962.  It is tough to consider it solely a horror film as it is a mix of suspense, thriller, action, swashbuckling and horror.   I first encountered it when I purchased the DVD set “Hammer Horror Collection” mainly since it had “Curse of the Werewolf,” “Brides of Dracula” and “The Phantom of the Opera” in it, When I watched “Night Creatures” I fell in love with the film.  Night Creatures had atmosphere, a great tale, and an outstanding cast.  Peter Cushing was great as Reverend Blyss, playing the kind mild mannered man/antihero who played a game of cat and mouse with Captain Collier (an under appreciated Patrick Allen) Not to be outdone, Michael Ripper was amazing as “Mipps” and the breath taking Yvonne Romain makes this a home run film. (Yes, I left out Oliver Reed, I thought he was average in this film, not as memorable as his other roles.)   If the rumors are true of Ms Romain makes it to Monster Bash in October, I will certain to be there to get her to sign all my Night Creatures memorabilia.  I can see some horror fans being turned off by its swashbuckling feel, and the look of the one sheet and inserts convey a stronger horror presence with the “marsh phantoms”  but this is a great atmospheric pot boiler that will keep you on the edge of your seat.

Chris will receive a signed copy of the book along with an 8×10 photo of “Bubba” from  Dark Night of the Scarecrow signed by J.D. Feigelson!

Our FIRST Place winner is Mark Spangler for his amazingly written piece on Spider Baby!” Mark will receive a signed copy of the book, J.D. Feigelson signed copy of the Dark Night of the Scarecrow Collector’s Edition DVD, and an 8×10 montage of H.G. Lewis films signed by H.G. Lewis himself!

We will also be featuring Mark’s remarks on the film as it’s own blog soon!

A BIG thanks to AC Christensen for contributing the books, Jon Kitley from Kitley’s Krypt for the H.G. Lewis autograph, and J.D. Feigelson for the signed DVD and Bubba photo!

This contest received a large response and we’d also like to thank for a few notable runner’s up such as Kristina Lakey (Fright Night 2), Joel Wicklund (Yellow Brick Road), Michael Buck (No One Lives), Jacob Breuer (Bride of Re-animator), Dustin Moravick (Pieces), and Jeff Beeching (Fade to Black 1980)!