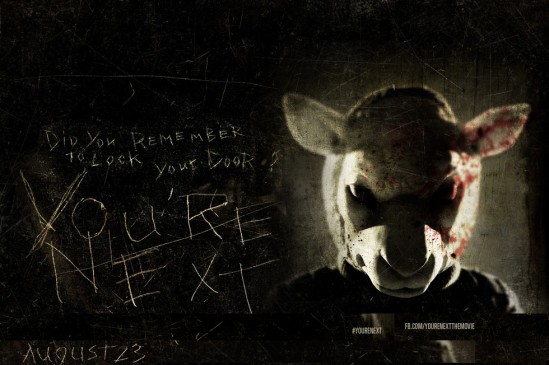 To quote Terror Dave Fuentes as we were watching, this movie “started out with a bang”. It opens on a couple having sex in a home isolated in a remote forest location. When the girl goes to get a drink in the kitchen we have our first ominous moment – the motion sensitive light comes on in the backyard. As in most horror movies (really, movies in general), there are no curtains on any window in the house, so we have a clear view of the outside. The camera pans over and we get our first glimpse of the iconic image of the movie – an anonymous murderer in a cute animal mask. Moments later, her lover enters the room and sees the movie title written in her blood on the window – “You’re Next”. Tiger Mask gets him as well.

You’re Next, directed by Adam Wingard (V/H/S, V/H/S 2), takes place entirely in this remote location. The protagonists – and I use that term loosely – are the Davison family. Paul (Rob Moran) and Aubrey Davison (Barbara Crampton) arrive to open the house they have bought with his severance package from his company. They are celebrating their wedding anniversary with their children.

The next family member we meet is Crispin (AJ Bowen) driving with his girlfriend Erin (Sharni Vinson). Their long conversation and lingering camera shots emphasize their importance. I have no doubt she is going to be our heroine.

Aubrey suffers from some mental issues – she seems emotionally fragile, and Paul just indulges her when she hears someone walking around on the upper floor. She wants to leave the house immediately; Paul relents and lets her go outside while he goes upstairs to check on the mysterious noise. After the usual looking behind closed doors he turns to find his son Crispin standing behind him. We know that Crispin didn’t make the noise because he already knows his mom is crying outside – so that noise must have been Tiger Mask.

The rest of the family arrives the next day and establishes the contentious relationship between the siblings and their significant others. At dinner time the action starts in earnest with the first attack by Tiger Mask and his compadres, Lamb Mask and Fox Mask. 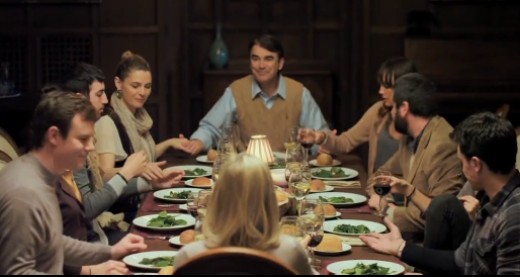 The rest of the movie follows the typical horror movie playbook – escalating brutality in the killings, attempts at escape, and a great example of Chekov’s gun.

You’re Next originally debuted in 2011 at the Toronto International Film Festival, and inspired a bidding war won by Lionsgate for the North American, British, and Canadian distribution rights. I’m baffled by that, really, as this is at best a serviceable example of the modern horror film.

By the time we got to the dinner scene that directly precedes the murder spree (maybe 15 or 20 minutes in), Dave and I started snarking on the movie and the characters. We continued making jokes until the end. It’s pretty clear that we weren’t fully engaged in what was going on and didn’t care what happened to any of them – even the heroine.

It did have the typical “startle moments”, as I call them. Paul Davison opens a door, and then closes it –behind the door is his son. Yikes, I jump in my seat! Those aren’t really scary moments, as there is no lingering fear after that. Surprisingly there weren’t any truly fear moments for me. Home invasion stories work because they strike at a primal fear – but that didn’t really happen here. I think that’s because this film had several major flaws. 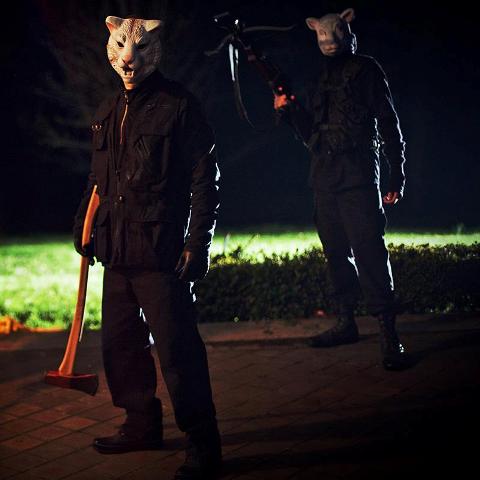 The characters were decidedly unlikable. I didn’t care about a single one of them.  My first crack to Dave was about one of the sons; I said, “I can’t wait until he’s killed.” Not a good sign! I’m not sure if that’s a writing problem or an acting problem (probably both). None of the cast is well known – the only person I recognized even slightly was Rob Moran, but that was merely in a “Hey, it’s that guy” kind of way. Perhaps better actors could have redeemed some of the material. 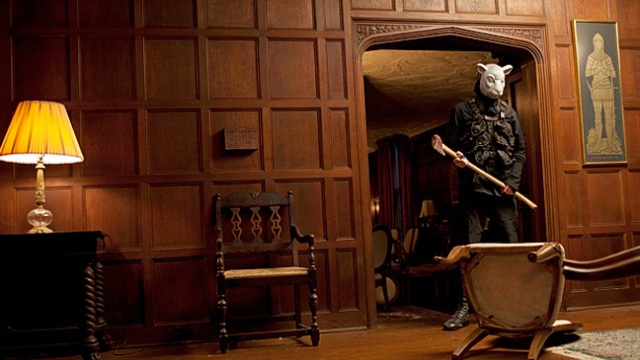 Another flaw was that no one reacted to these events in any way based on reality. Only Aubrey’s panic when she heard footsteps in the house felt real. After the dinner party attack, they took forever to even close the curtains to block the murderers’ view into the house. Throughout the night they wandered around the sprawling house alone or in pairs. Even when they realized one of the killers was already in the house it didn’t seem to faze them at all. Fans of the show Community will appreciate this – once they saw the evidence that a killer was in the house, all I could think was that they should all stand in the middle of a room, backs to each other, each holding a knife out for protection. You don’t put Mom to bed in a room far away from everyone else! 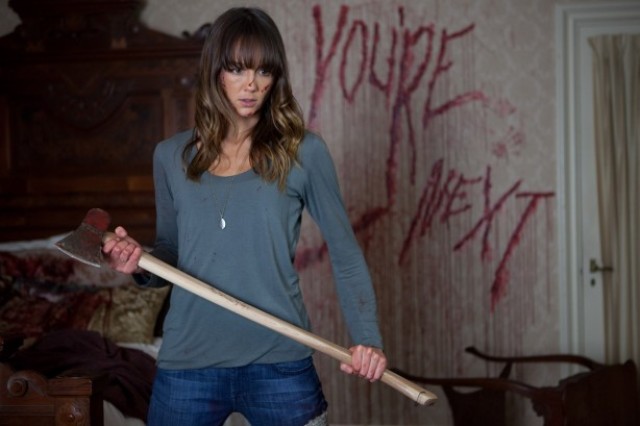 The movie redeems itself somewhat in the middle when we start to learn the killers’ motivations and they lose some of their anonymity. It doesn’t completely justify the flaws in the story and acting, but it actually got me more interested in seeing where it was going. 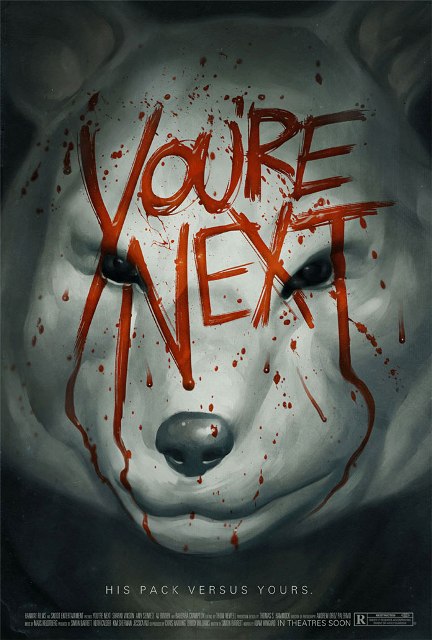 Would I recommend paying ten dollars to see this movie in the theater? Definitely not. Would I recommend renting it? Yes, I would. The full story starts to reveal itself in the middle of the film and elevates it slightly above the average. Now available on Blu Ray HERE!