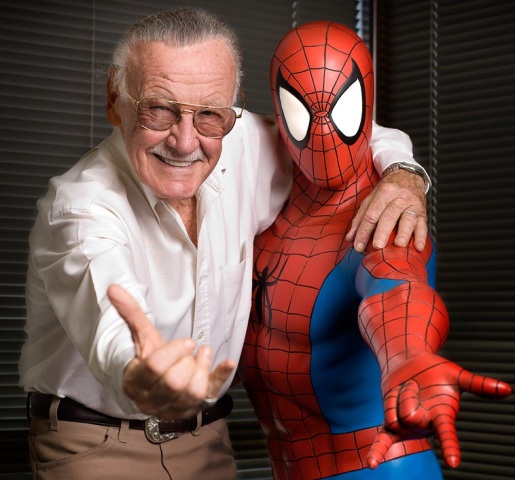 Terror from Beyond the Daves is pleased to welcome guest writer, Russ Wrangler, in our continuing coverage of The Fright Night/Fandomfest!

I woke up Saturday morning and Dave was already gone. If his bed hadn’t been unmade I wouldn’t have even known he’d came back the night before. I got ready and headed over to The Kentucky Convention Center to finally meet the great Stan Lee. I’d been a fan of Marvel Comics growing up and had always wanted this opportunity which is why I chose his VIP pass over the others. I wasn’t alone.

More people had the Stan Lee VIP pass than any of the other big celebrities and, when I arrived at the photo area, there was a big line of people. I gotta say that having a pass that guarantees you a jump in line doesn’t work well when the entire line has the exact same pass. Just like the night before with Gillian Anderson, things went from crazy to organized once they finally figured out what they were doing.

Anderson’s handlers were tough but the ones assisting Stan Lee were downright evil, especially this one guy who looked like he could have played a villain in one of his comic books…or maybe a bad Chuck Norris film. He never smiled, treated us like convicts, and did nothing but order people around.

When it was my turn, he rushed me over to Stan and I tried to make the best of it. In the twelve seconds I had with him (and I’m being generous here), I said hello to the great Mr. Lee who returned my greeting. I asked if he’d do the bull horns for our picture and he said okay before the picture was taken. As soon as the camera clicked, his evil handler yelled “NEXT!!!” Before I could say anything else I found myself back in the convention hall. 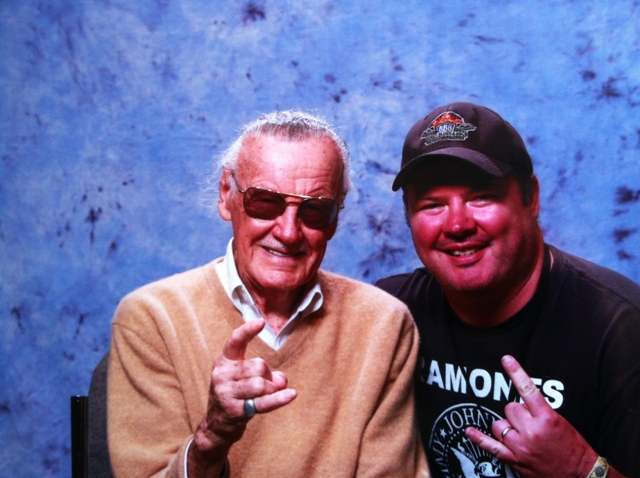 Lee was scheduled to resume autographing an hour later so, rather than make a round trip back to the main hotel (which would have taken about an hour), I stayed in the convention center and talked to a bunch of the artists. Dave texted that he’d had enough and wanted to go to the zoo so I told him he could take my jeep. I later wished I had gone too as the event was so crowded they’d end up getting a visit from the Fire Marshall. When the time arrived for autographs, I went back to the main hall upstairs. Once again, with so many VIP’s specific to Stan Lee, there was no getting past waiting. I will say that the wait time wasn’t bad (a half hour tops) but with that Nazi storm-trooper still assisting him, that wasn’t too surprising.

Despite the hefty autograph fee ($65), Lee did NOT bring anything you could have signed. Therefore, if you didn’t bring something with you (which luckily I did) then you had to buy an 8×10 from the table next door…for a separate fee of $30 (not included with the signing price).

When it was my turn, I opened up my sketchbook to a drawing I’d done of Lee and presented it to him. I asked if he wouldn’t mind writing his famous “Excelsior!” by his signature but, before Lee could answer, his handler pounced. 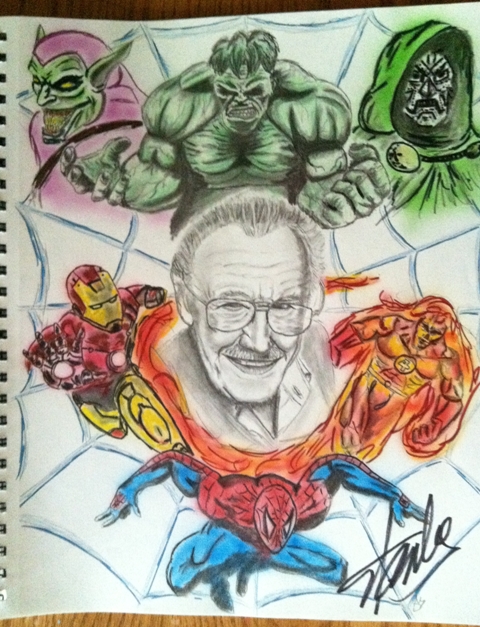 I could sort of understand not having him write too much in lieu of his age, but a few nice moments would have been great after the lightning-fast photo experience. Not to mention, I did pay for the Stan Lee VIP and 20 seconds of conversation wouldn’t have killed anyone.

As Lee signed his name he said to me, “Really nice work, I really like this.”

I was overjoyed. “Why thanks Stan, I…”

2 thoughts on “Meeting the Amazing Stan Lee was faster than Spider-man!”