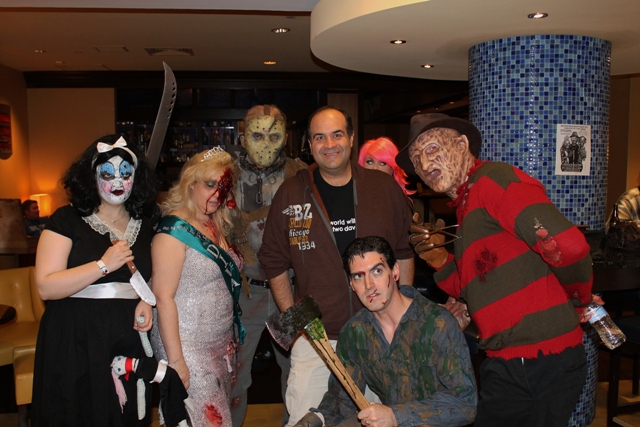 It was Friday night and I headed up to Schaumburg, Illinois for Chicago’s first Days of the Dead convention. I’d been to the first of these events last year in Indianapolis but there’s been several more since. It’s always a good sign when you see many of the same ghoulish faces return again, indicative of satisfied fans. That works out well for me because I personally feel that the fans often make the event. Their costumes add something extra by highlighting their zeal while providing lots of great photo ops for less bold conventioneers. 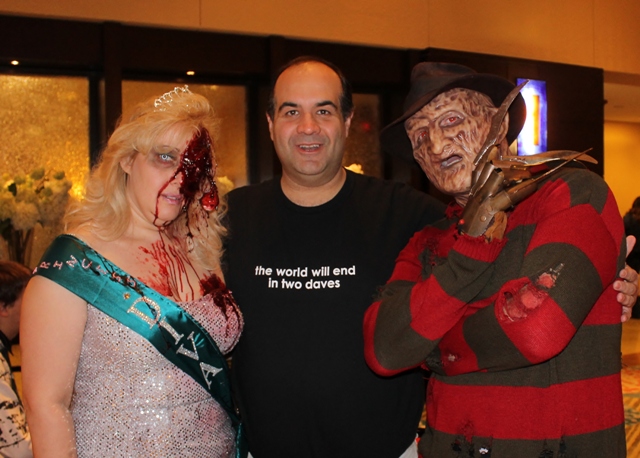 Hanging out (like an eyeball) with Diva of the Dead & Nightmare Man Bill!

I’d no sooner walked into the hotel when I bumped into Nightmare Man Bill and his bloodstained bride, Diva of the Dead. These two are a lot of fun and have become permanent fixture at “Days” which was solidified even further with their marriage at the July “Days of the Dead” earlier this year. If the family that slays together, stays together then we should be looking at a long, and happy union. Might there be a little “Chucky” on the way? 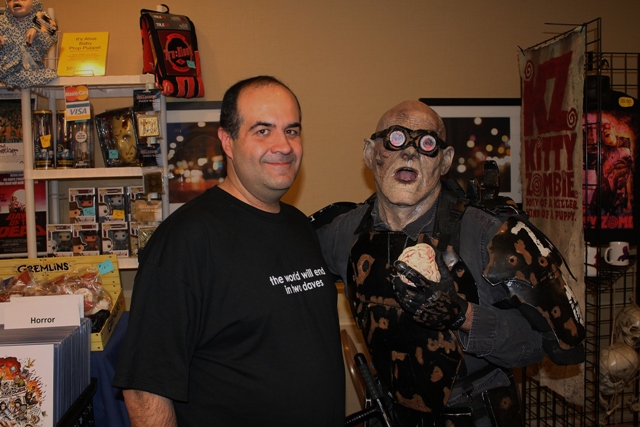 Another favorite is Kitty Zombie! If you go to his site (by clicking HERE)  you’ll see that he is described as having “the body of the killer and the mind of a puppy.” For those who have never met him (and everyone should) this is pretty accurate. Kitty Zombie is a true performer and, while I’ve seen many folks create their own characters for these events, I’ve never witnessed one become so engrossed in the role. Dead or undead, this guy is a true talent and has a knack for immediately reeling you into the act whether you’re prepared or not. You react to him and he reacts to you and, before you know it, you’re partaking in an impromptu skit. I’ll never forget an event last year when I saw a couple of non-horror fan, hotel staff accidentally enter his airspace. It was the funniest damn thing I’d ever seen and somebody should seriously follow him around with a camera! 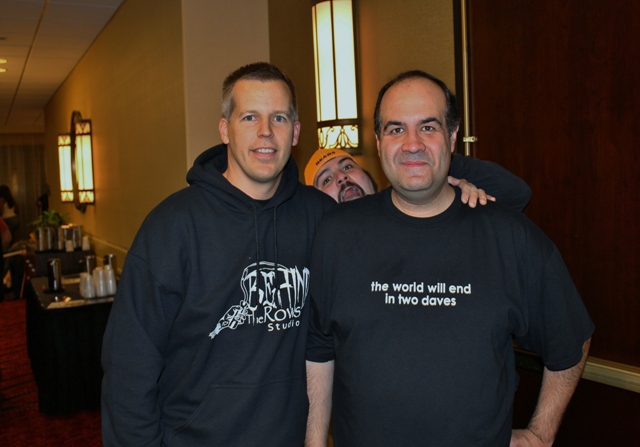 I was particularly happy to run into my friend, Chuck Schauland, who is a fellow super fan of Dark Night of the Scarecrow. Chuck created an amazing costume of the film’s killer scarecrow, Bubba. I’ve featured him dressed in that costume both on this site as well as in  Scary Monsters Magazine. Bubba, however, is not Chuck’s only specialty. On this occasion, I’d get to see his other great costume as the miner from My Bloody Valentine. Joining him was his pal, “Puppet,” who created his own marauding scarecrow costume, complete with deer-antler finger tips! 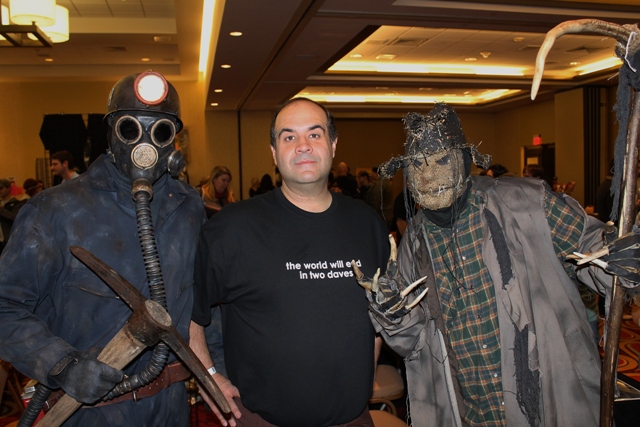 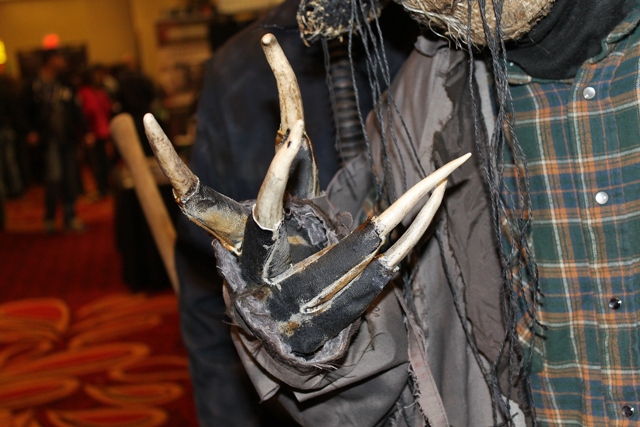 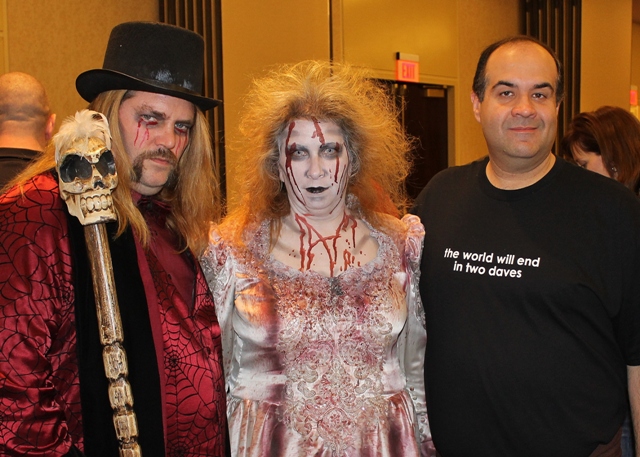 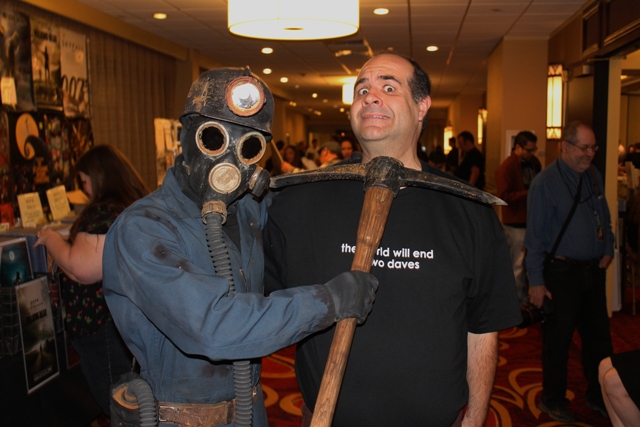 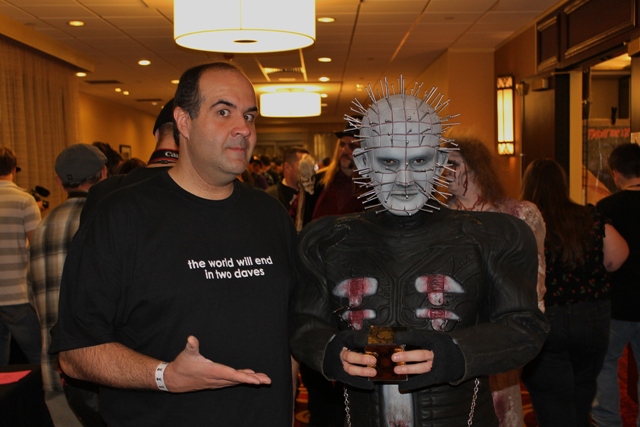 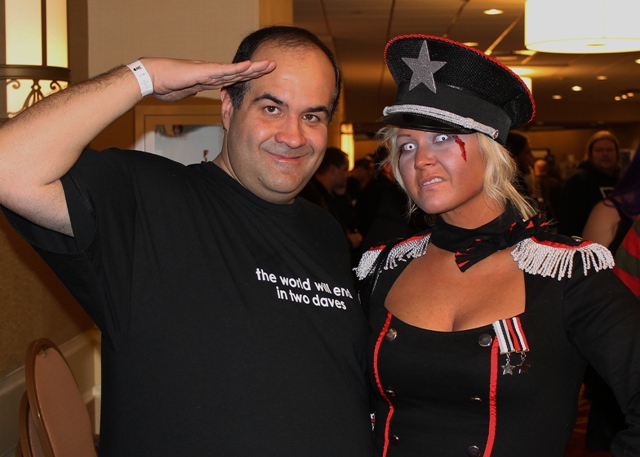 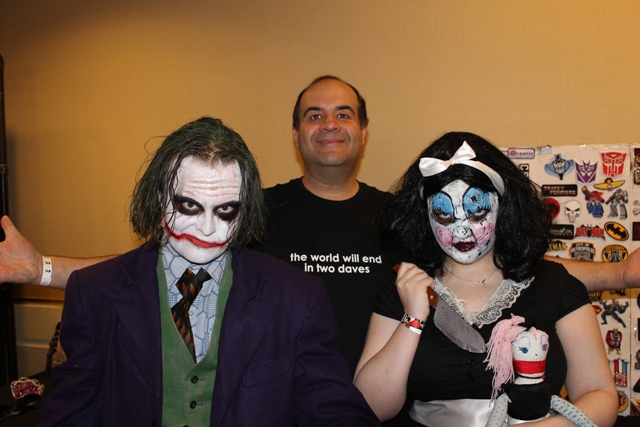 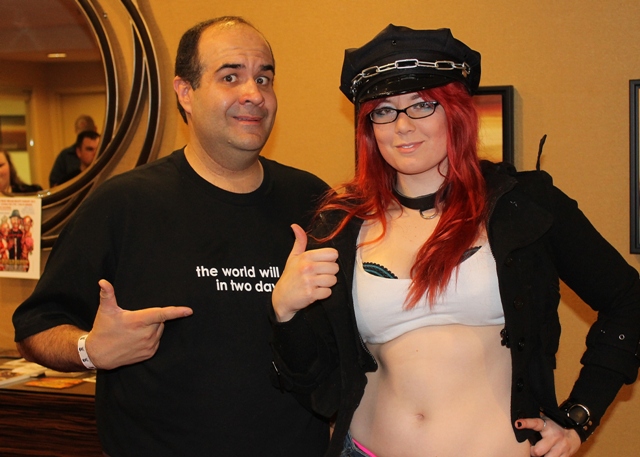 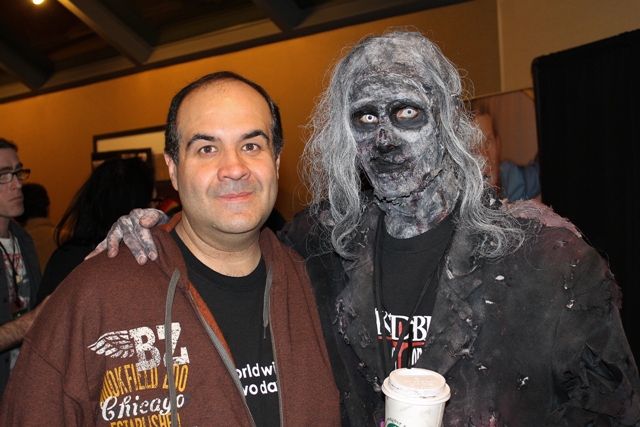 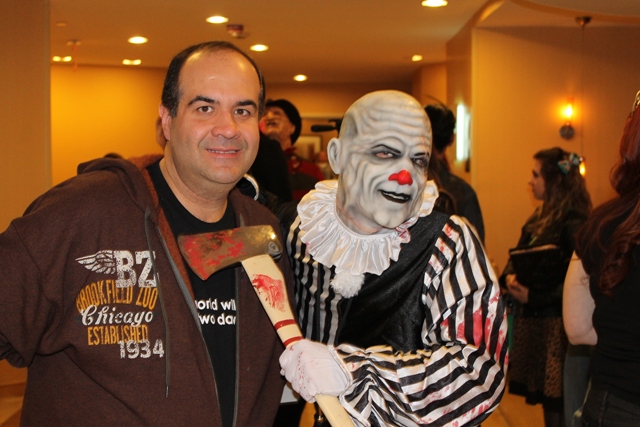 “The World will end in Two Daves” shirt courtesy of davewear! If you have a special Dave in your life, visit davewear.com for the perfect shirt!

6 thoughts on “A Crazy Night at DAYS OF THE DEAD!”