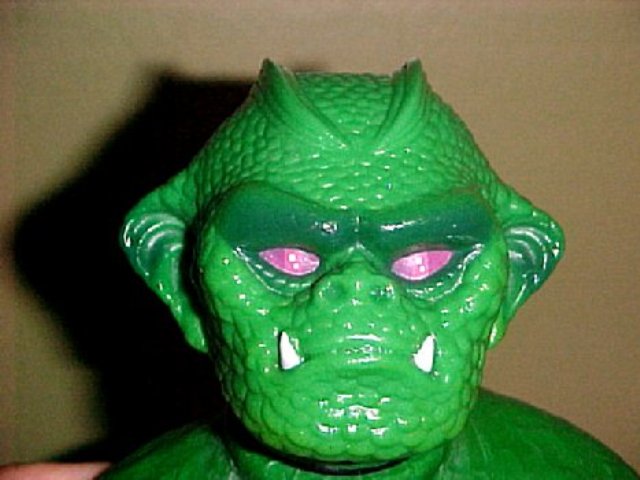 So far as this Monster Kid was concerned, December 25, 1978 would rank as my finest Christmas haul EVER! Not only did I receive my STAR WARS Creature Cantina along with its monster denizens, but also a big green monster I’d long been pining for. No, not The Incredible Hulk…I’m referring to the infamous Stretch Monster!

It began like all Christmas mornings; we’d wake up at the crack of dawn and anxiously head out to the Christmas tree. As we’d rub our tired eyes the lights of the tree, along with the splendor of Santa’s bounty, would slowly come into focus. My mother’s side of the family had a tradition of wrapping all of our gifts from Santa Claus in plain red  tissue paper. This would provide evidence that they were, in fact, packaged by elves and that Santa wasn’t buying coverings at the local Zayre store (the Target of my youth). She’d also take things a step further by having our names on the gifts written in squiggly black marker; indicative of Santa being elderly and apparently arthritic.

After releasing Greedo, Walrusman, Snaggletooth, and Hammerhead from the bondage of their packing cards, I was ready for my grand-monster finale! For months I’d drooled over the TV advertisements featuring Kenner’s Stretch Monster. Kenner (later consumed by Hasbro) always had the best commercials because they’d often feature kids playing with their toys outside; incorporating their natural surroundings as part of the fantasy. Take it from a guy who often froze his Han Solo in the freezer (like carbonite), make-believe works best when fully utilizing ones environment.

I began feeling hopeful after my younger brother, Keith, opened up his companion –  the boring-as-hell, Stretch Armstrong. Despite shared genes, my brother and I are virtually night & day in terms of our interests and he, being an action hero type, was more than content with Mr. Armstrong. I immediately scanned the remaining gifts to see which one looked the closest in size and shape to the one Keith had just opened hoping the elves hadn’t forgotten me that day in the workshop. Soon the Stretch Monster was in my seven year old hands and I was as happy as “Ralphie” cradling his Red Rider BB gun. 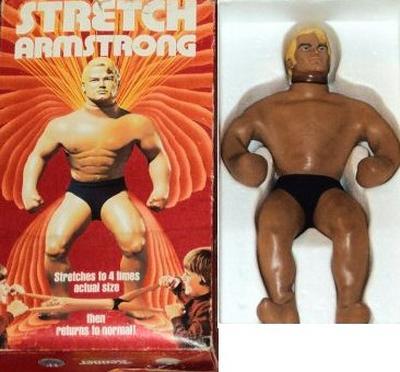 Just as his named implied, the Stretch Monster was, indeed, stretchable! This was ideal in having him constrict my brother’s dull Armstrong doll as well as strangling a stuffed animal or two. With due respect to Mr. Whipple, he was also a lot more squeezable than a role of toilet paper. Though his gargoyle-like head was made of hard plastic, his body would succumb to pressue; much like those “stress balls” you can buy for your desk at work. After you released him, he’d slowly contort back into his original shape. 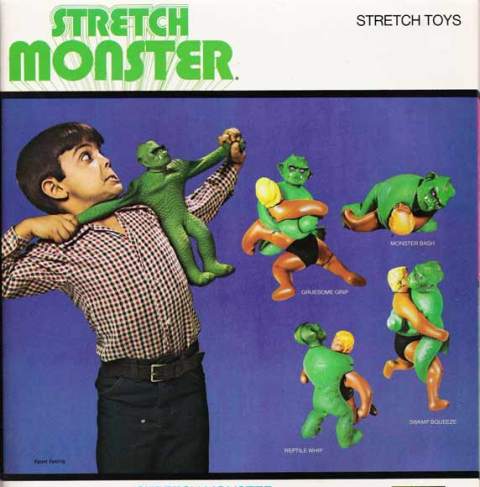 The Stretch Monster provided hours of entertainment and I’d often incorporate him with my STAR WARS play as I’d color co-ordinate him with Greedo and pretend he was his diabolical bodyguard (which apparently he needed as illustrated by George Lucas’ upgrades where he can’t even shoot a target sitting across a table from him). Unfortunately, the Stretch Monster would also become a great source of childhood pain as I’d bare witness to his slow and arduous death…

It started one morning when I, like any good Kenner kid, was outside playing with him in my backyard. I had wrapped his arms around our aluminum fence where he got punctured by a metal wire. This revealed a tiny crimson spot, not unlike a human pin-prick. The rest of the day, whenever I’d squeeze him, more of this pinkish jelly ooze would trickle out and the following morning I found him sitting in a small pool of monster “blood.” Since the jelly would harden once it hit the atmosphere, I had to quickly chisel and scrape it off my dresser lest my mother find it and throw my green buddy in the trash. Despite carefully cleaning his wounds each morning, it continued to get worse and worse until one day he was no longer squeezable at all; just a hardened shell of a monster.

Every once in a while I look on Ebay to see if I can locate another Stretch Monster to fill the void left behind by my old friend. One look at the average price, however, quickly dissuades me. I suppose it’s just as well as toys are meant to be played with and it could never provide the same fun that my first one did. True, the years have certainly stretched, but I’ll never forget him.