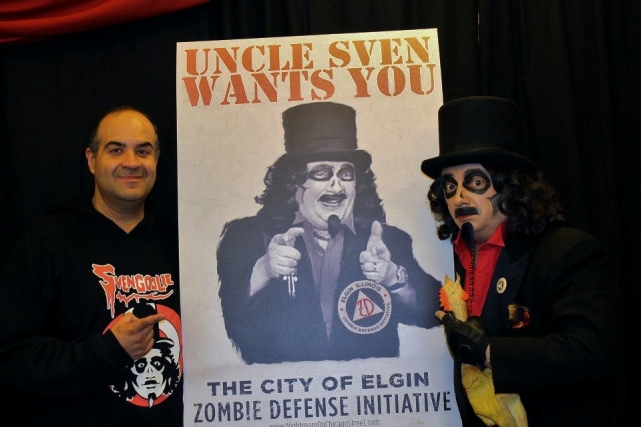 I was standing outside in the cold waiting for Svengoolie to begin greeting his fans at The Nightmare on Chicago Street when the door to the abandoned theater he’d be appearing at suddenly opened and I was summoned inside. It was Sven’s erstwhile assistant (and Horror Host Secret Service Agent), Jim Roche. We’d chatted earlier that day during the host’s appearance at “Bark-O-Ween” (story HERE) and Jim honored me further by allowing me to go backstage so we could hang out some more.
–
As soon as I walked inside and saw the area Sven would be signing at, I knew it was perfect for a national TV horror host.
– 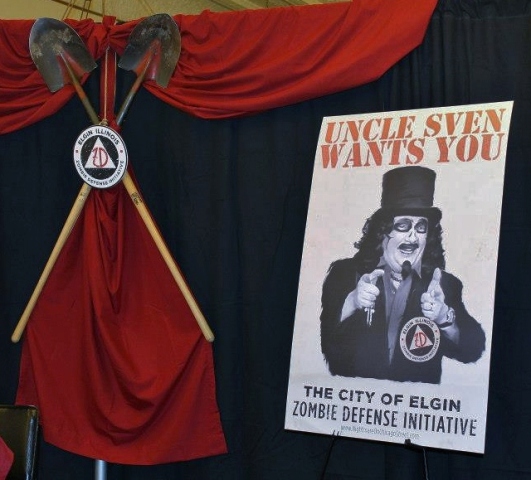 Shortly being taken behind the curtain, I was introduced to the woman behind much of the night’s festivities, Elizabeth Haney. Haney is highly respected in the Chicago’s horror community (and beyond) and one of reasons that Elgin, Illinois is fast becoming the Midwest Horror Capital, even rivaling that of Svengoolie’s adopted town, Berwyn. Indeed Haney is no stranger to that town as I remember seeing her years ago working at one of Sven’s signature haunts, “Horrorbles“.
* 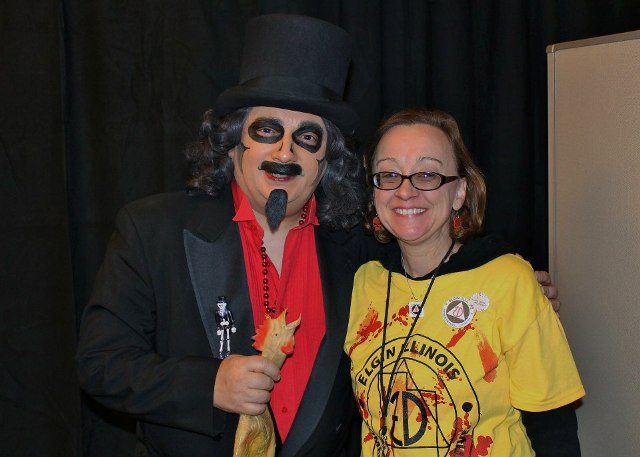 Elizabeth offered me a soda while one of her fellow members of ZDI (Zombie Defense Initiative), Alice Moring, helped prepare the man of the hour. Alice also gave Jim (who was celebrating his birthday that very same day) with a tasty gift; special cookies depicting Frankenstein & and his Bride.
– 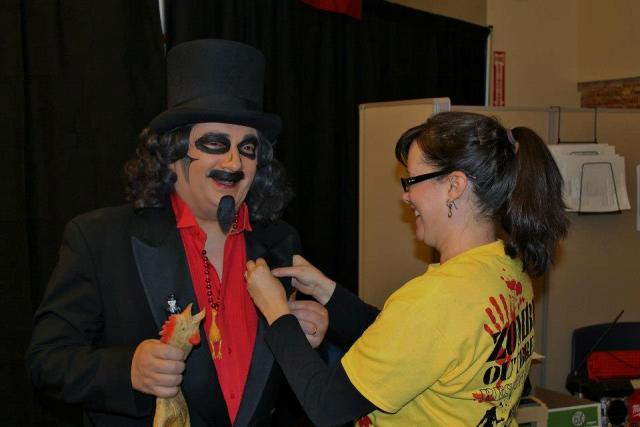 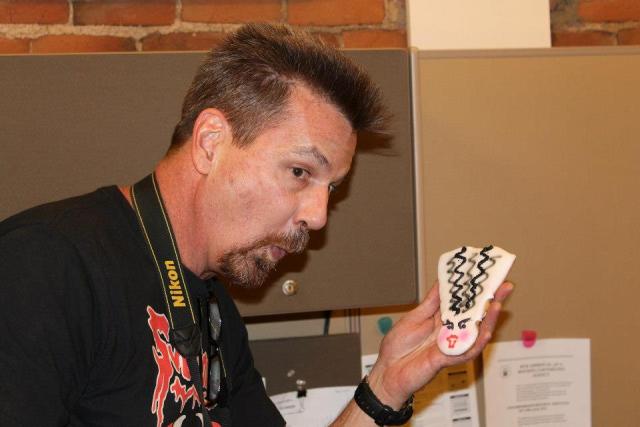 Soon the moment had arrived for Sven to greet his fans. Jim (who’s quick wit makes him the perfect sidekick for Svengoolie at appearances) cracked some jokes before introducing the man of the hour…
– 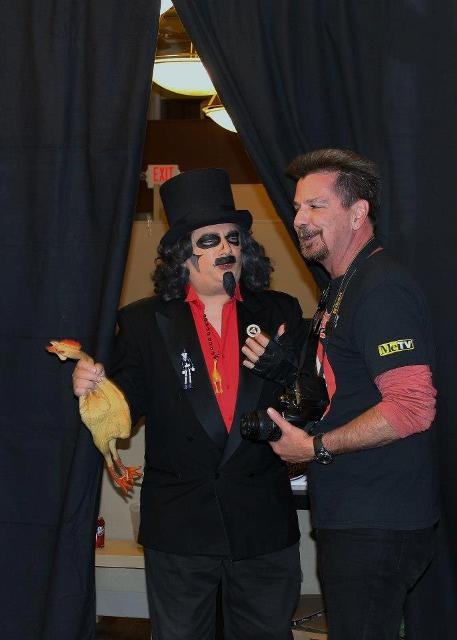 Elizabeth Haney further showed what a gracious person she is by offering me a chair as I observed Sven during his entire 2 hour signing. This made it easier for seeking out any interesting fans to talk to.The first people inside were my abandoned companions who, shockingly, were still speaking to me after being left out in the cold (ulp!).
– 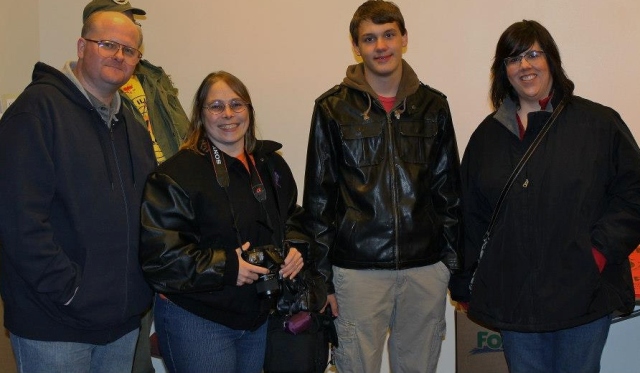 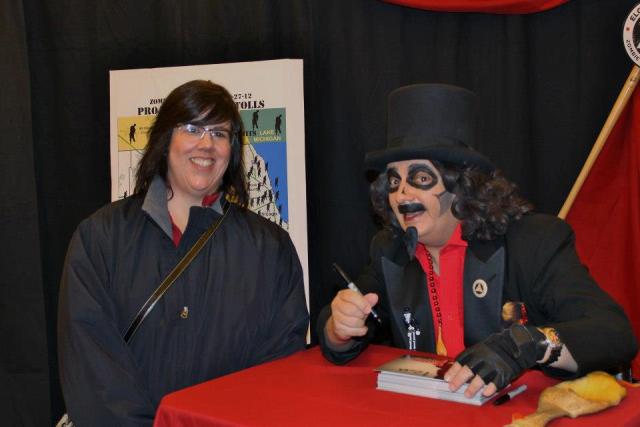 After having their meetings with Sven, my friends agreed to meet me after the signing and on at the event’s main stage to see the evening’s climax; the unveiling of Svengoolie’s NEW coffin prototype! Alex stayed back to watch his old man at work (which I’m guessing makes him just SO proud) during the remainder of Sven’s meet & greet. I will say that this was the most colorful group of Sven fans I’ve seen as most were all decked out in a costume…
– 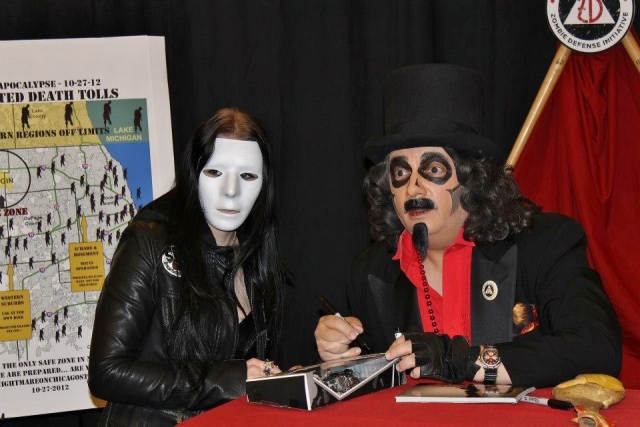 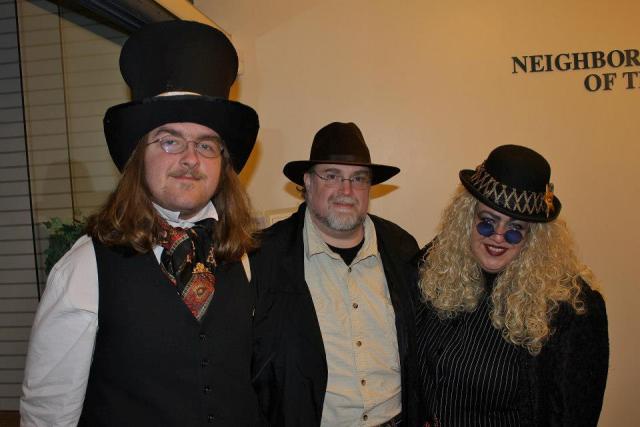 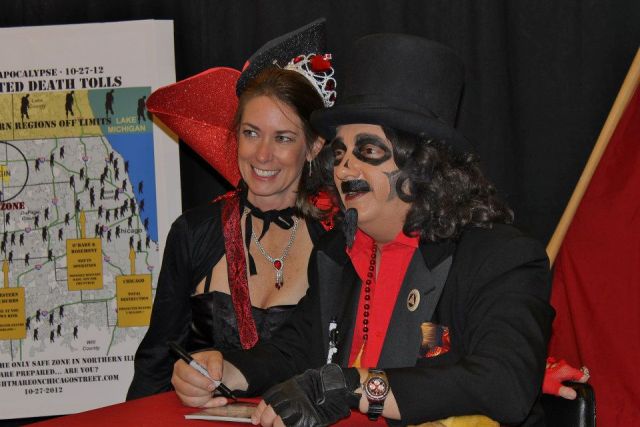 Svengoolie…playin’ with the Queen of Hearts
– 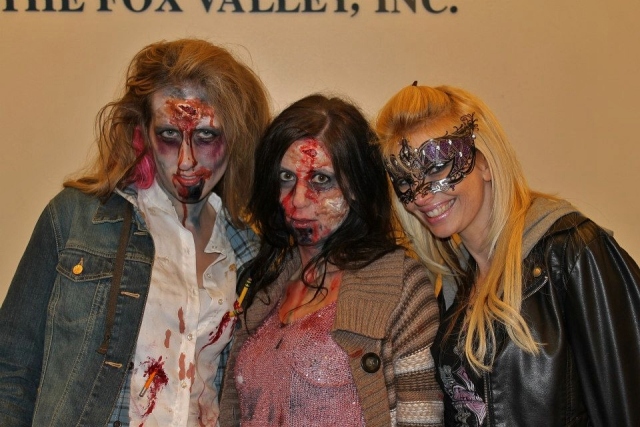 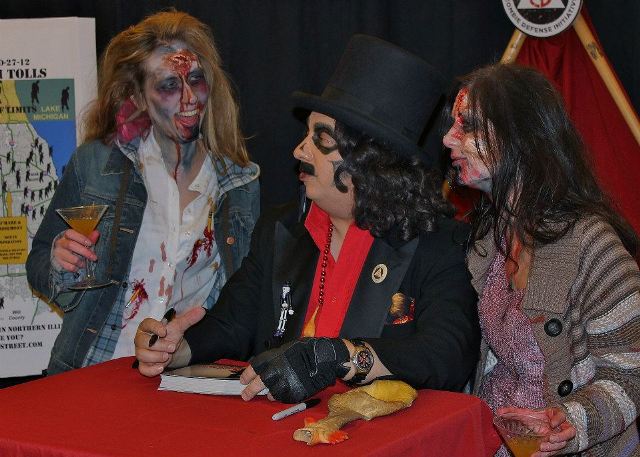 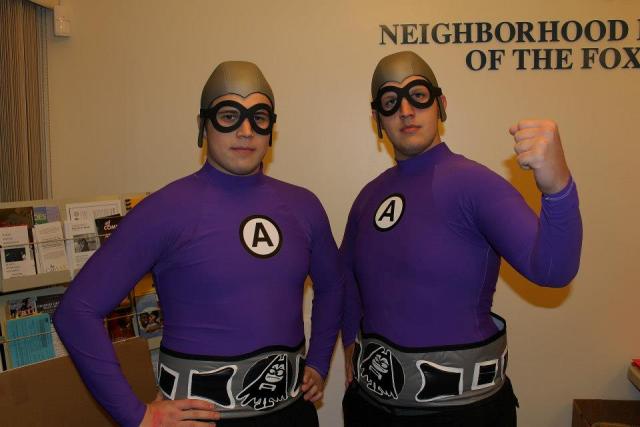 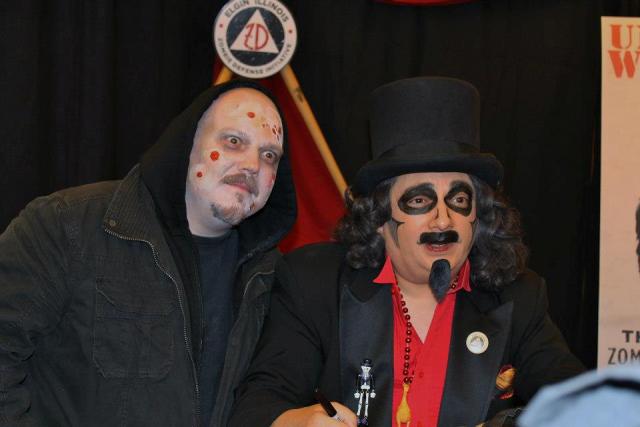 –
One fan brought in his own Svengoolie art  – something he painstakingly put together using digital technology. The poster showed a bevy of pumpkins, each carved with a special image related to Sven’s show. Larry Lang spent the better part of a month putting this together and, ironically, his work also appeared that very same night during Sven’s “Mail” segment!
– 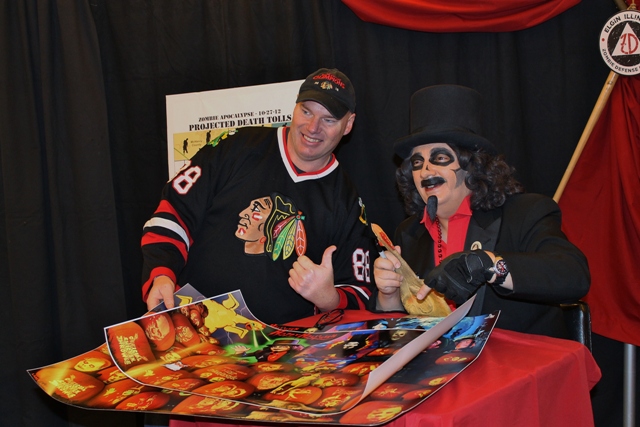 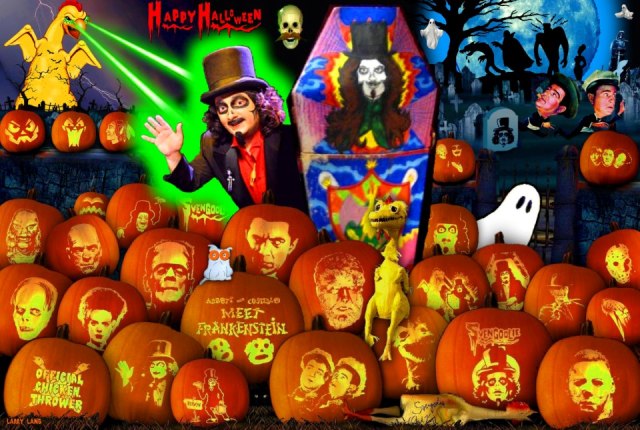 –
That’s what I love most about these appearances; seeing how my fellow super fans express their Svengoolie fandom!  As the signing ended, I thanked Ms. Haney and waved goodbye to Sven & Jim. I headed out to the big stage and met up with the rest of my group. The big moment was drawing near…
*
Dave Fuentes~