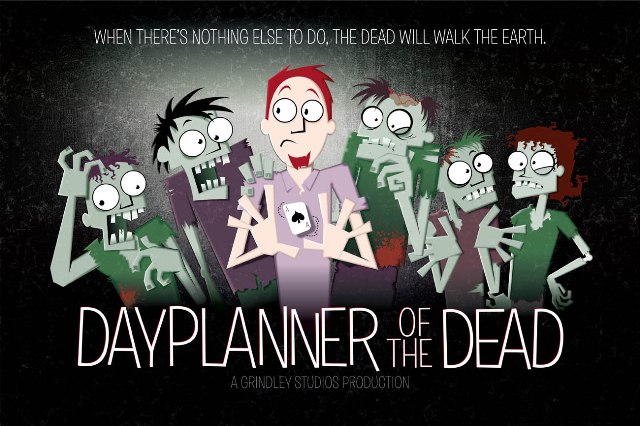 If you attend horror events on a regular basis, sooner or later you’ll run into a t-shirt that reads:  “I’d rather see a bad zombie movie than no zombie movie at all.”  Filmmakers seem more than aware of that mindset, and they flood the market with zombie films that seem designed to be exactly that.  But a group of filmmakers in Michigan are ready to break the mold this October when they begin shooting their new comedy, Dayplanner of the Dead.

Dayplanner is a rollicking comedy that presents a fresh and unique take on the genre.  In the story, the zombies don’t eat people because they’re bloodthirsty monsters.  They eat because they’re bored, just like us regular folks do.  The hero of the piece realizes that if he keeps the zombies entertained, he stays alive, and so he becomes recreation director of the undead.

The script began circulating, and soon garnered strong praise from several notable industry professionals.  Night of the Living Dead alumnus Gary Streiner says “It’s just completely unique.  It leaps off the page when you read it…No one has taken zombies out of the stereotyped portrayal that we see over and over again, but this film does that in a way that can’t help but put a smile on your face.”

Not only does the film boast a great premise, it’s attracting attention from some major players in the horror community.  Streiner will be appearing in the film, as will Kyra Schon, famous as zombie Karen Cooper in the original Night of the Living Dead.  In fact, she’s returning to the screen as a zombie for the first time in over forty years just for this flick.  And Evil Dead effects genius Tom Sullivan will be appearing as well!

The film is currently in pre-production and the filmmakers have a very entertaining fundraising campaign in progress to help raise additional monies for the picture.  “It seems like we’re asking for a lot compared to the typical funding drives you see from independent filmmakers,” says screenwriter Dean Vanderkolk, “but our film has a crew of award winning screenwriters, editors, cinematographers, actors, costume designers, make up effects persons and art directors.  They’ve been in the business for forty years and have worked on films including Jaws, Poltergeist, Pirates of the Carribean, A Nightmare on Elm Street, Twilight and others.” 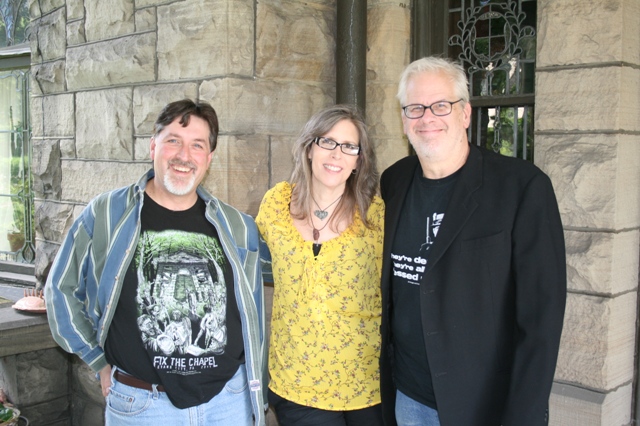 So why are these folks looking for outside investors?  As director John Wisniewski puts it:  “Any studio, whether Hollywood major, or a small indie like us, has to find funding for its films. The story, script and characters for Dayplanner are just so good, we couldn’t give it anything less than the best.  Dayplanner, and the fans it will delight, deserve first-rate production values.”

“Our main advantage is that while we have major studio talent, we DON’T have major studio interference, waste or overhead. Every dollar the fans donate is going to show up on the screen.  Plus, we are firmly committed to the idea that talent and hard work should be rewarded, so we’re paying all cast and crew (something other indies rarely do) – but at rates ridiculously lower than what they’re used to getting, and they’ve agreed to do this for much lower fees than they usually command because they love our story and want to be part of bringing it to life.  ‘Dayplanner’ truly is a labor of love, made by fans, for fans. ”

The Daves will be watching this project with great interest and we hope you’ll do the same.  You can follow all the production updates HERE and you can check out their indiegogo campaign HERE!