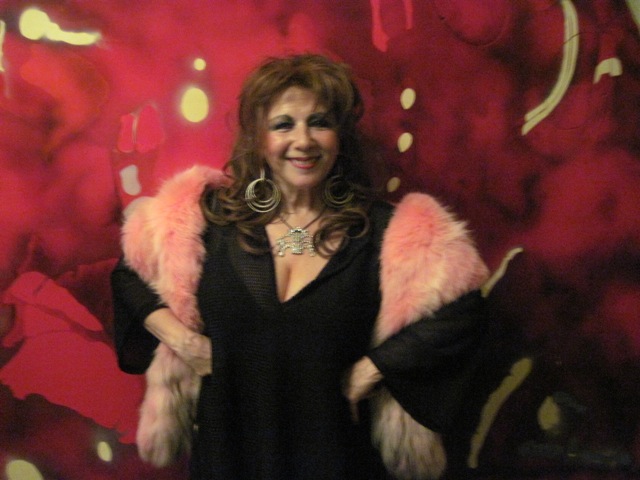 TERROR BEYOND THE DAVES is honored to have the inimitable STELLA DESIRE as our Guest writer, sharing her experiences at BLOBFEST 2012!

It was about 104 degrees outside the theater so I’m surprised my make-up isn’t still running down my face in streaks!  I thought at one point my cleavage would melt but, fortunately, it didn’t.

The show was, well FUN! The theater was sold out and there were lots of cute kids and fans of THE BLOB. I was shocked to see how many people showed up for this event! Too bad I didn’t get a chance to stay for the weekend and meet more fans. The people of Phoenixville, PA were wonderful! They showed up in the hundreds to in the heat & humidity to honor THE BLOB, their own local celebrity.

THE BLOB himself was as handsome as ever and as fresh as ever too! He was all over me like a cheap suit….I mean, talk about clingy! But THE BLOB and I do have a history. I dated him (or at least parts of him) years ago and he still has a soft spot (well, lots of soft spots actually) for me. He’s nothing but a big, sentimental mush-pot!

Creighton, the hunchback from Ghoul A Go-Go was adorable! Reminded me a lot of Iggy, my dungeon monster from Saturday Night Dead, except Iggy is twice his size and greener. But they both have that cute way of grunting that warms my heart!

The Invisible Man was quite dapper and his gauze was fresh and sparkly white! I’m pretty positive he followed me back to the hotel but its hard to be sure. All I can say is SOMEONE kept me company that night!!! Vlad was also quite the handsome vamp. 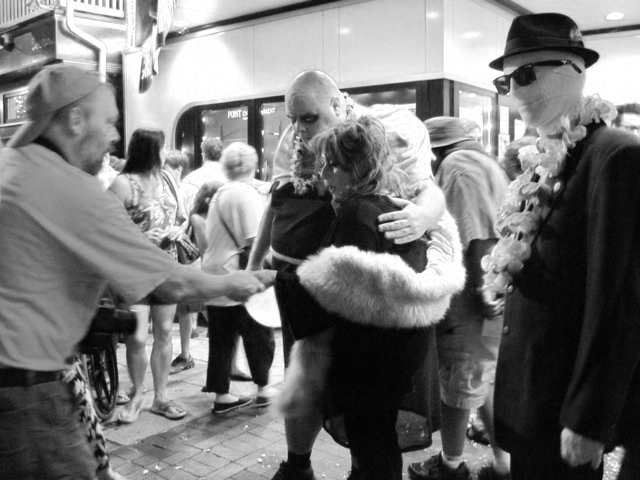 All in all it was clearly an A-List horror crowd – The Grim Reaper was there looking all tall and moldy, Dr. Frankenstone was up to his old (and bad) tricks, Dr. Ima Hack annoyed everyone with her relentless “Ladies etiquette” rules, and there were Zombies, Aliens and Devils….oh my!