LORD OF THE RINGS meets PAN’S LABYRINTH in the latest Guillermo Del Torror film I just returned from seeing – DON’T BE AFRAID OF THE DARK. This is a remake of the 1973 film of the same name and was released last Friday. Let me say for the record that I am not as against the idea of remakes as my co-blogger is. I am absolutely offended by “shot for shot” remakes such as the 1998 PSYCHO abomination, but feel that, as long as a movie is original in its execution ( if not its concept), that’s not such a bad thing. Movies like John Carpenter’s THE THING, Rob Zombie’s HALLOWEEN, and the latest PLANET OF THE APES are all examples of  movies that can stand alone without marring the good name of its originals.

I went to a matinee with an audience of nine (three couples and three singles including myself) who were all about middle-aged. This wasn’t too surprising as most of the theater-going high school and college aged kids are now back in school. Katie Holmes stars as the proverbial step-mom to an unhappy little girl sent to live with her father (Guy Pearce who plays Katie’s boyfriend) in their Rhode Island mansion. The couple are amidst renovating the historical building before the arrival of the little girl, played by Bailee Madison.

The girl is clearly miserable and believes that she is unwanted. In this the child is completely justified and Holmes ends up being more of a real parent than her biological ones. Rather than get roped into the drama, I found it oddly amusing. With the sight of a self-absorbed husband, mysterious dark-haired, little girl, and Katie Holmes running around acting like the only “normal” one, this could have easily been packaged as a “Tom Cruise family reality show” and I’d have bought it (monsters, included). 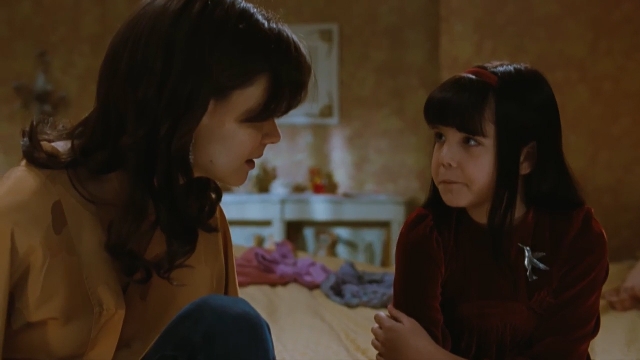 The mansion proves an ideal locale for the child to try and escape her real world, leading her to release a horde of CGI gnome-like creatures that soon run amok. These creatures are not scary and, despite the innovative special effects techniques of today, lack the creepiness factor found in the original. As the title implies, the monsters thrive on darkness and this film provides them with plenty of it, even when there’s lots of opportunities for the characters to illuminate. 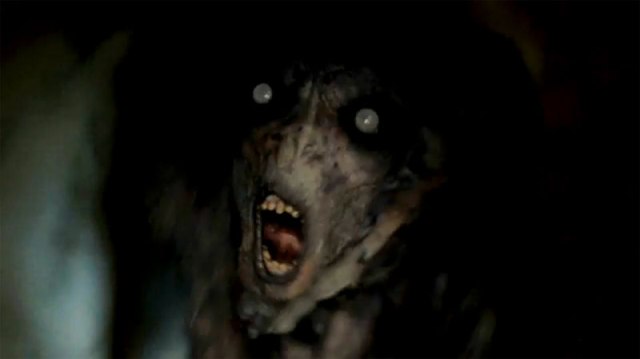 Sorry, no lights means you can’t watch your CGI friends on Scy Fy!

In fact, much of the film will leave you scratching your head, not the least of which is why they feel the need to stay at that house even after the adults get wind that there is a problem. Horror hounds will be disappointed by the relatively low body count and the monsters would have been better off staying somewhere with the lights off – if not for their own protection than certainly so we viewers didn’t have to see so much of them!

As I left the theater, one of the couples from the audience walked out behind me. “Oh, I am so sorry about that,” said the woman. “Oh, don’t worry about it, ” her partner replied. “You didn’t know it was going to suck.”