It was a ride for dear life as we headed down to Indianapolis for the first annual DAYS OF THE DEAD horror convention! One could not ignore the FINAL DESTINATION like signs as we made our way through a torrential Midwest thunderstorm, a near collision with a semi truck sporting a decal reading “Drive Safely: Heaven can Wait,” and a large, ominous wooden sign with the words HELL IS REAL  glaring at us. The irony of these sights while traveling to an event named DAYS OF THE DEAD was not lost upon us.

Despite these “omens,” we did arrive safely and the only collision I encountered was bumping shoulders with actor, Tom Sizemore, in the hotel lobby. Indeed, celebrities were in no short supply at this convention and were located throughout the three main convention halls.  The event was run by a young man named Adolfo Dorta who admitted that this was not only the first DAYS OF THE DEAD convention but his first venture in running one. Judging by the positive reactions from both the celebrities and fans I heard throughout the weekend, it is certain not to be his last. 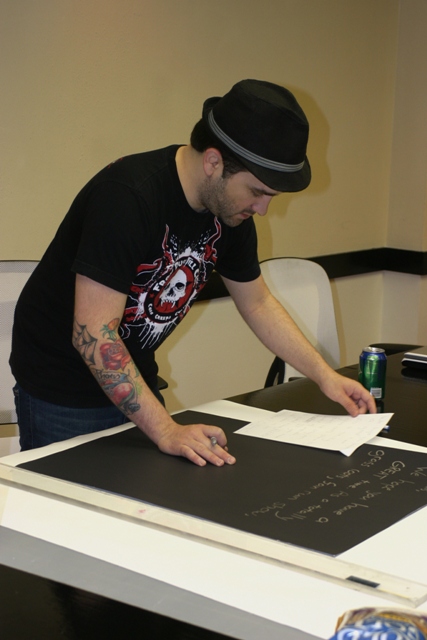 This event boasted many great names in horror as well as KISS icon, Ace Frehley! The elusive Ace was definitely a priority but, as he was performing Friday night at a Michigan concert, was only slated to sign Saturday and Sunday. Unsure of how that situation would pan out (which will be covered in its own future blog soon) we decided that it was best to meet as many people as we could this first evening. 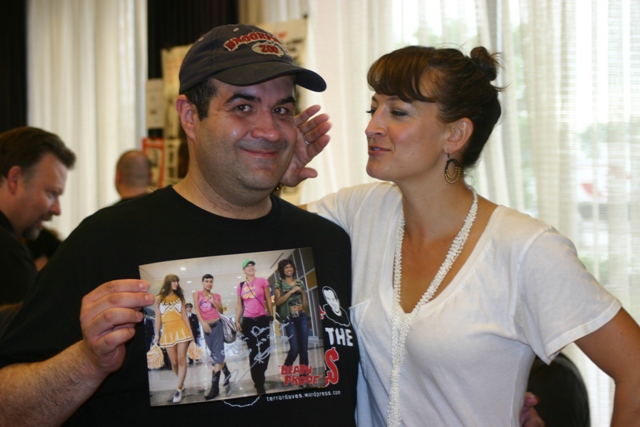 First and foremost was actress Zoe Bell who played in one of my all-time favorite films – DEATH PROOF. I had the privilege of meeting Ms Bell last October at the Rock & Shock Convention in Massachusetts. I had her sign a photo for my co-blogger, David Albaugh, who unfortunately could not attend this event, as well another 8×10 for me. As always she was a lot of fun and I really enjoyed talking to her. We joked about our first meeting and she told me to say hello to Mr. Albaugh.

I was also happy to finally meet NIGHTMARE ON ELM STREET 2: FREDDY’S REVENGE – Mark Patton whom I interviewed for a recent piece you can read HERE. Mark had flown up from his home in Mexico and seemed genuinely happy to be back in the horror spotlight.  He had lots energy and spoke of his hopes to be invited to the next Rock & Shock event in October which features a NIGHTMARE ON ELM STREET reunion. I am happy to report that he was officially booked the following day and that the Daves will be there! 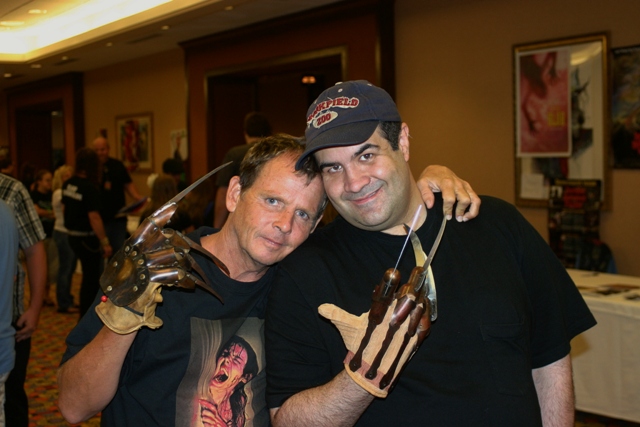 Mark was part of a “Sream Queen” panel which took place on Saturday. It would include PJ Soles, Linnea Quigley, and fellow ELM STREET alumnus, Heather Langenkamp. That panel was highly entertaining and will be given its own post here on TERROR FROM BEYOND THE DAVES very soon! 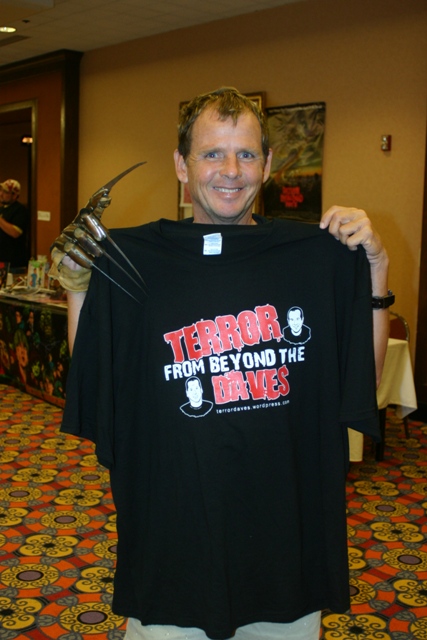 Aside from top notch guests, there were also some amazing vendors and an impressive dealer room! The fun, however, was not just reserved for regular convention hours. As the lights of the main halls dimmed, horror fans were treated to even more amazing festivities! On Friday, there was a hilarious stand-up comedy routine presented by wrestling icon,  Roddy Piper! Although I am not a fan of wrestling, Roddy was such a natural physical comic that his impromptu stories were “laugh at loud f”unny.

Roddy Piper greets a fan at DAYS OF THE DEAD!

Saturday night featured an exclusive VIP party where fans and celebrities could mingle as well as film screenings and the longest “Human Centipede!” The VIP event will be covered in detail SOON along with many more amazing stories that took place that weekend! There are few things more gratifying to a fan of horror than mingling with his/her like-minded aficionados! Homemade fan costumes not only helped maintain the spirit of the event but provided great photo ops & big smiles from the less bold. 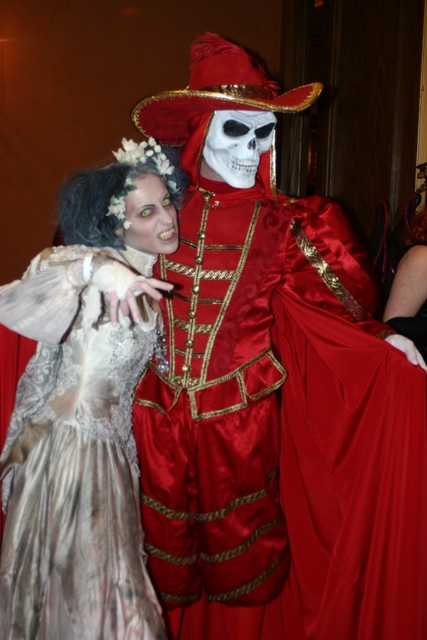 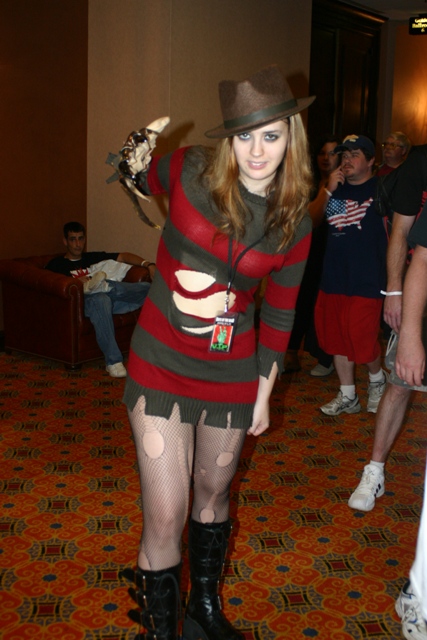 It wasn’t until late Friday that I was finally able to track down Adolfo. He seemed quite pleased as he told me the event had brought in three times the number of guests anticipated its opening night! As he rushed off to motivate his staff and join his wife in the challenging activities of running a horror convention, it was obvious that everyone’s hard work was paying off! The first official DAYS OF THE DEAD was an amazing experience and I am happy to report, will NOT be the last. More on that later…