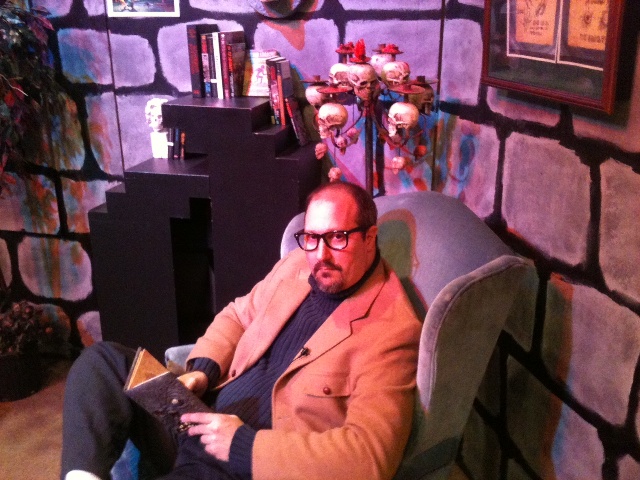 As you may or may not know, the World Of The Weird Monster Show, starring Undead Johnny, is starting its 7th season (almost 75 episodes). For fans of horror hosts, this is quite the accomplishment as many of these types of shows do not last this long!

What is interesting here, is that after 6 seasons, Undead Johnny and World Of The Weird Monster Show are making some drastic changes and is sounds like a  great decision. We have watched so many hosts showing so many movies over the years. One of the problems though has been the movie selection. Since public domain titles are the norm now, we are seeing the same movies over and over again. For a show to mix it up is a pleasant change of pace.

According to Undead Johnny, “We’re changing our format pretty drastically by more or less, beyond special occasions, dropping showing feature films entirely.  We got to the point where it seemed like, after 70 episodes, that we’d more or less shown all the movies we wanted to show.  Sure, there are more out there, but
they’re really, really bad.  Plus all the horror hosts are showing the same movies over and over.”

For me, I find myself fast forwarding on occasion through the movies to get to the host parts. Of course, it is these parts that make the shows worthwhile (especially after repeated viewings of LITTLE SHOP OF HORRORS or THE TERROR). 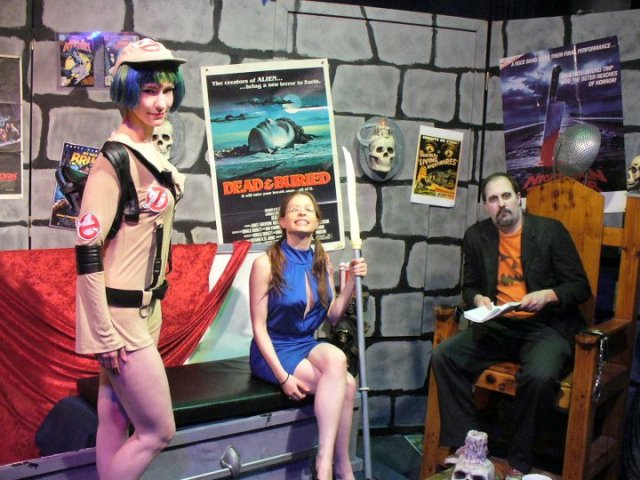 Undead Johnny continues, “It really hit me now that we’ve been on The Monster Channel weekly. I’ll sit in the chat room with everyone for the whole episode and man, some of these movies are just hard to get thru. We’re all limited to the same PD films more or less.  And a few are great, some are bad enough to laugh at….but most are just bad. You see viewers drop out as these movies play…the same movies they watched five other hosts show the week before.  Don’t get me wrong, it’s my love for these movies, like THE KILLER SHREWS for example, that is half the reason I do what I do….but does anyone really need to watch HOUSE ON HAUNTED HILL four times a week?  For the casual home viewer, it’s fine, they get to watch some great horror films once a year or so, but for the internet fans, and die-hard horror host fans…it seems like they’re just watching the shows for the host segments most of the time.  And if that’s the case, then what is the movie for?  Just an excuse to do our thing?”

“So we just wanted to try something new. Taking a cue from an old favorite, Night Flight, we decided to change it up. Instead of a film, our episodes will each have a certain theme.  We will still keep our segments to the same 25-30 minutes a show….but substitute the other 90 min of movie with 30-40 min of cool, weird stuff. Cartoons, trailers, documentaries, mashups, video game stuff, music videos, old commercials, etc. Make it so the whole 60 minutes is fun to watch and you never know what’s next.  When I watched Uncle Don’s Terror Theatre and Son of Svengoolie as a kid….I had never seen the movies they showed before.  Some were great, some horrible, but they were new.   I think I can guarantee that during the non-host parts of our first 3 hour-long episodes Friday night, that everyone will at the very least see 2-4 things they’ve never seen before.  And I think that is cool.”

The Daves have seen examples of the new format and we really enjoyed it! It certainly makes for a fun viewing experience and like Undead Johnny said, you never know what is coming next! Make sure to check it out Friday night at 8 PM EST on The Monster Channel!

One thought on “The World of the Weird Monster Show gets Weirder!”