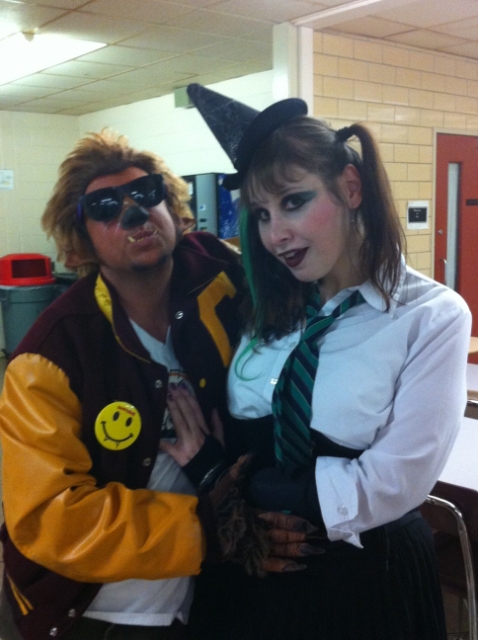 Living in Rhode Island, we have never really had our own horror host. The horror hosts I have seen over the years for the most part have been because of cable television and recorded shows that people have sent me. Thankfully though, the closest horror host we do have is also one of the most popular…Penny Dreadful from Massachusetts. Penny has been the subject of multiple blogs on our site and my co-blogger Dave Fuentes has an article coming out on her in the spring issue of SCARY MONSTERS MAGAZINE. Her show, SHILLING SHOCKERS, can be seen locally on cable access as well as on internet channels like THE MONSTER CHANNEL and ALTERNATE REALITIES TV. 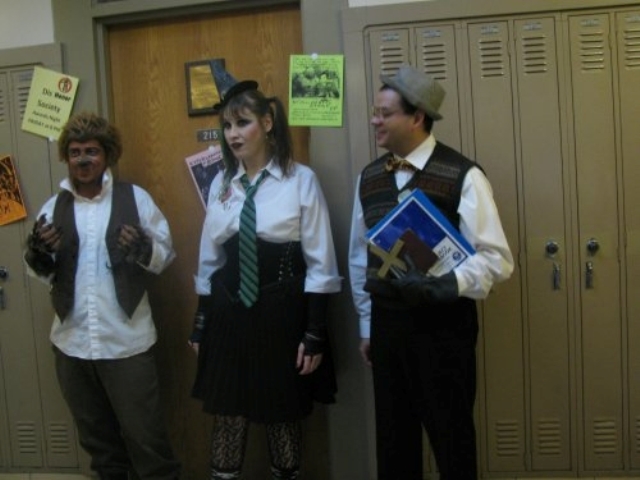 SHILLING SHOCKERS is currently filming their 8th season and it sounds like it is one not to be missed! Penny is doing something that no other hosts have done yet. She is devoting her entire season, with the exception of one of the last episodes, to silent films! From the looks of these exclusive pics from the PHANTOM OF THE OPERA episode that she has provided, it is going to be a lot of fun! Penny was also nice enough to answer some questions for me concerning the new season. 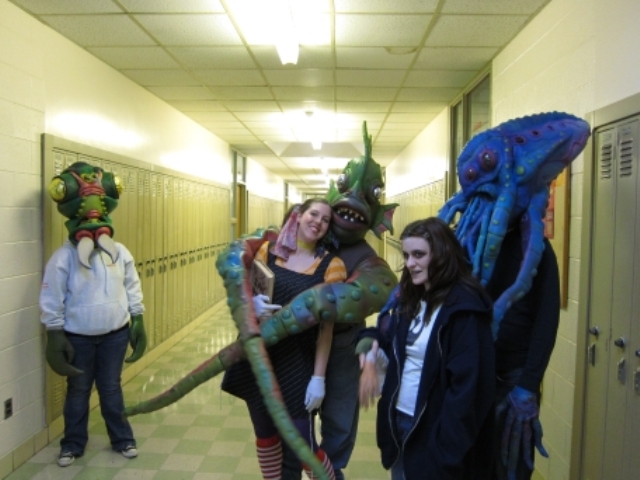 ME: How is season 8 coming along?

PENNY: Season 8 has been our most ambitious one yet.  Three of the seven episodes are already taped.  We had a lengthy delay due to several unfortunate incidents which did not involve ANY terrible black magic incantations which backfired and resulted in untold suffering.  Nope.  But we’re back on track and Season 8 is coming along quite horrifically.  We’ll be taping throughout the rest of the Winter and throughout the Spring.

ME: Season 8 is featuring all silent films, something never done before by a host. Did you find it more challenging to go in this direction?

PENNY: Well, we’ll have ONE talkie at the end, but it isn’t one you’d normally ever see on a horror movie show.  Even now, I shudder to think of it.  I suppose the challenge with silents lies in the risk that some people might not give these classic films a chance.  Unfortunately, there are folks who just won’t watch silent films.  However, these are truly some of the greatest and iconic films ever made, so we’re hoping viewers who normally won’t watch silents will give them a chance this season.  Plus, if you skip one of the shows you’ll miss an installment of the “storyline” running through our segments. I don’t know why Rebecca the director lady keeps calling it a “storyline.”  We lived it man!  We LIVED it!

ME: When do you anticipate the season being ready for broadcast?

PENNY: I expect them to be ready to air sometime this Summer, but I can’t give you an exact date at the moment.

ME: For those that are not fortunate enough to get your show locally, will they be able to see the new episodes online on places like ARTV and THE MONSTER CHANNEL?

PENNY: I believe so!  They’ve been kind enough to air our moldy oldie episodes, so I’m guessing they might just run the new ones too.

ME: Will the hosted scenes this season feature one story arc throughout the season or will each episode have its own story?

PENNY: Much like season 7, Season 8 will indeed feature a continuing storyline running through the first 5 episodes.  However, each episode will also contain its own story focusing on whichever era they happen to be in for that episode.  Episodes 6 and 7 will be stand-alone shows which aren’t part of the storyline.

The Daves are very much looking forward to season 8 of this amazing show. If you haven’t seen PENNY DREADFUL’S SHILLING SHOCKERS, random episodes can be viewed online at both THE MONSTER CHANNEL and ALTERNATE REALITIES TV (check their listings for show times). Or, if you cannot wait to see these episodes, and would prefer to watch each season from beginning to end, go to the SHILLING SHOCKERS’ website and buy the DVD sets…you will not be disappointed! 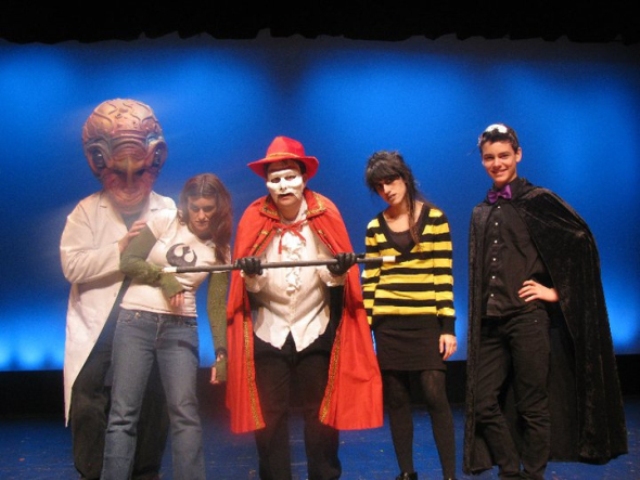 The Daves would like to thank Penny for these exclusive pictures and we wish her and the crew nothing but the best of luck with season 8! Photos taken by Eric Parks, Rachel Freitas and Ivan Bernier. Creature Masks provided courtesy of BIG NAZO.