When asked to list their favorite slashers,  most folks will immediately list the classics;  HALLOWEEN, FRIDAY THE 13th, and NIGHTMARE ON ELM STREET.  There is no question that these movies are horror masterpieces and the superstars of the slasher world (as illustrated by the number of sequels they spawned). There are, however, many more obscure ones worth checking out also. Often they are rip-offs of the aforementioned films, sometimes unique, and usually lots of fun. During the past 20 years, I’ve searched for as many slashers from the “golden age” that I could find. This era, most all fans of the genre will agree,  lasted from the mid to late 1970’s on through the mid 1980’s. At this date, I have counted close to 140 slashers from this period.

There’s little I can say about the classics that hasn’t already been written. On the other hand, there’s lots to be said concerning the “lesser known” slashers.  Reaching into the slasher movie vault, I’d like to pull out one of my favorites; MADMAN. Released in 1981, this film was a regular feature at the drive-in for several years. It was also a favorite VHS rental of mine back in high school.

The film begins at a campfire, on the final night of the retreat. Max, an older gentlemen and the director of the camp, tells the local legend of Madman Marz. Marz was a farmer with a nasty disposition. Just how mean was he? After killing his wife and children with an axe, he calmly goes to the local tavern and orders himself a beer!  The townspeople, outraged by his actions, send a lynch mob after Marz and hang him from a tree. The next day, they are shocked to discover that Marz, along with the bodies of his family, have mysteriously vanished. 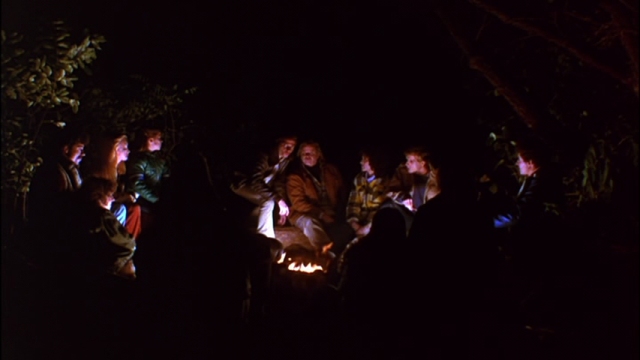 Max warns the crowd that they must never utter the name of Madman Marz “above a whisper,” or he will seek vengeance upon them. Naturally, one of the teens in the group decides to test this theory, thus beginning Marz’s bloody rampage. Although a similar setting to FRIDAY THE 13TH,  the chilly, fall season does make for an exceptionally creepy venue. While some of the campfire antics range from the sublime to the ridiculous,  Max (Carl Fredericks) does make an excellent storyteller. 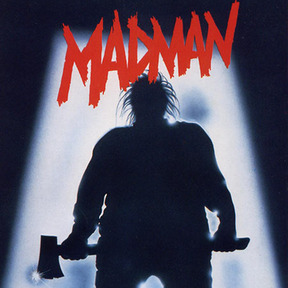 Madman is a cut above the average slasher.  The cast displays acting abilities better than many slasher films (not great, mind you, but better) and fans of the original DAWN OF THE DEAD will recognize actress Gaylin Ross as one of the camp counselors.  The movie is fun, though far from perfect. Some of the dialogue is amazingly corny and the goofy “hot tub love dance” number has to be seen to be believed! That, along with the Madman Marz “theme song” at the end, is one of the reasons I would also recommend this movie as an effective “Terror on Tequila” –  if you’re with the right crowd. 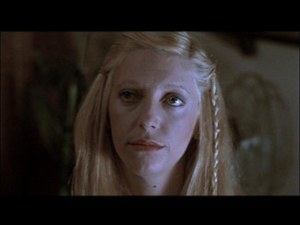 DAWN OF THE DEAD’s Gaylin Ross acts in this film under the pseudonym, Alexis Dubin.

Marz, himself, is an overgrown woodsman. He has a deformed face and fingernails sharpened to claws, making him an odd mix of man and monster.  As far as being an iconic killer goes, he may not have been in the same league as Jason, Michael Myers, nor Freddy Krueger – but certainly had enough personality to warrant at least one sequel. This was not to be the case, however, and MADMAN remains a stand-alone slasher. 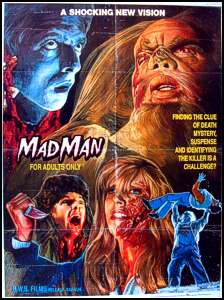 The film was released on DVD briefly as well as having a special 30th Anniversary release (which you can get HERE), it is now out of print. Those interested in acquiring this slasher gem, however, won’t have long to wait. On September 28th, 2010 it is slated for a special 30th Anniversary re-release. This one will offer a documentary feature and surely to be a worthy addition to any slasher enthusiasts collection. It has suitable gore, some nudity, and NEVER gets boring! You’ll enjoy MADMAN…even if you won’t want to admit it above a whisper. 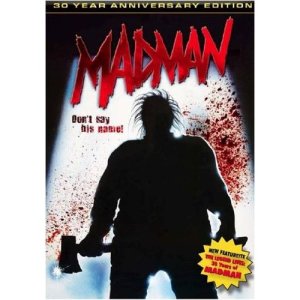