The Chicago Comics and Entertainment Expo (C2E2) is one of the few, if not only, major conventions that didn’t skip a year during Covid. As I discussed in my 2020 post, it was the last carefree event I attended before the Pandemic was declared two weeks later. In consideration of Covid, C2E2 pushed their original 2021 dates of March 26-28 to the weekend of December 10th. In the world of pop-culture fandom, this was the ultimate holiday gift as most major events had been canceled entirely. With safety guidelines in place, the event would hit Chicago’s McCormick Place with the force of Thor’s hammer. 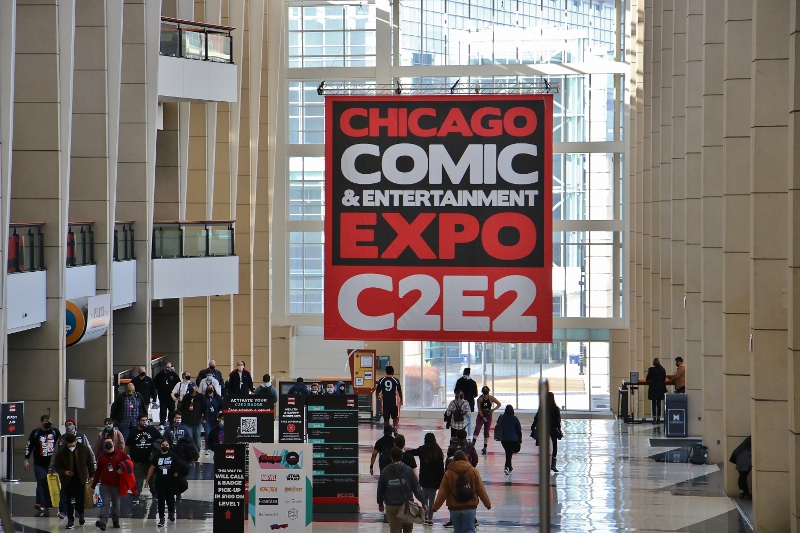 In addition to picking up badges and passing through the usual security checkpoint, attendees would first need to either show proof of vaccine (with the final dose no less than 14 days before the event) or that they’d been tested within the last 24 hours. Those who passed muster were given a green ribbon to tie around their wrists; granting them access to registration and admittance. I should also mention that costume masks were no substitute for standard Covid masking.

Other safety measures included limiting the number of admission tickets and spacing out the vendors. Obviously, none of these measures are foolproof but definitely helped.

After all safety & registration steps are complete, fans wait for the hall to open!

It was such an amazing feeling to walk through the great hall again. If you wanted to purchase any unique items for those special people on your holiday gift list, this was definitely the place.

Especially if that special someone was you! 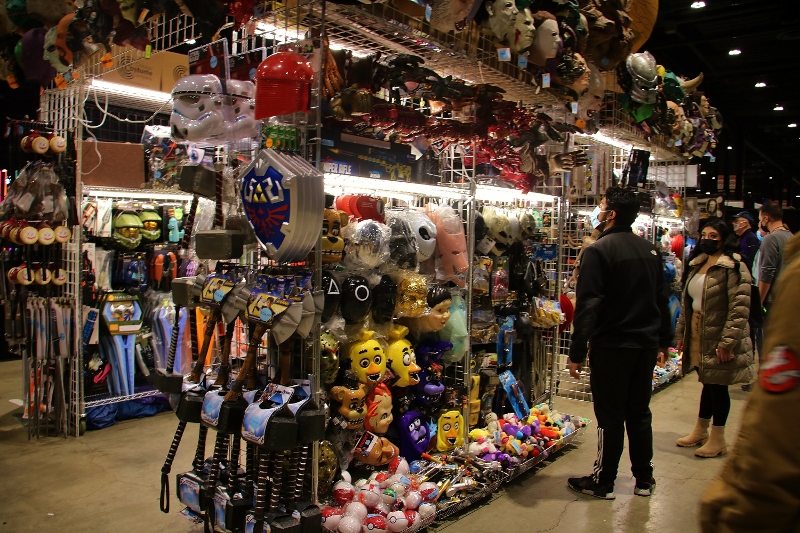 Silence of the Lambs sign with a real death’s-head hawkmoth! 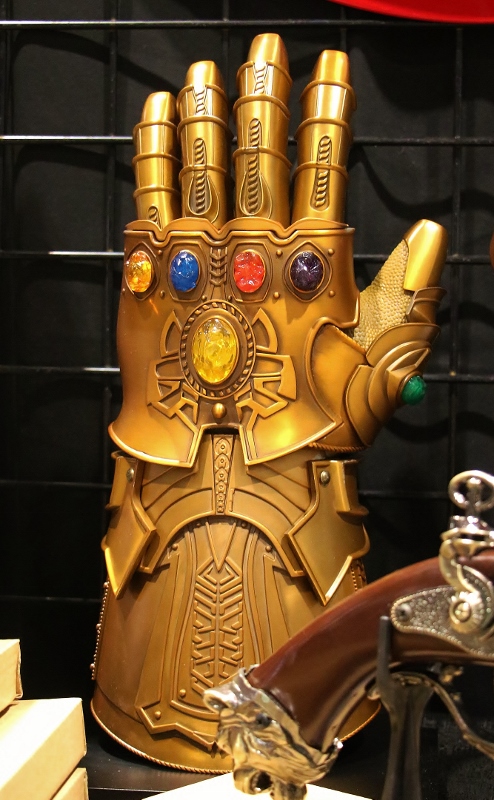 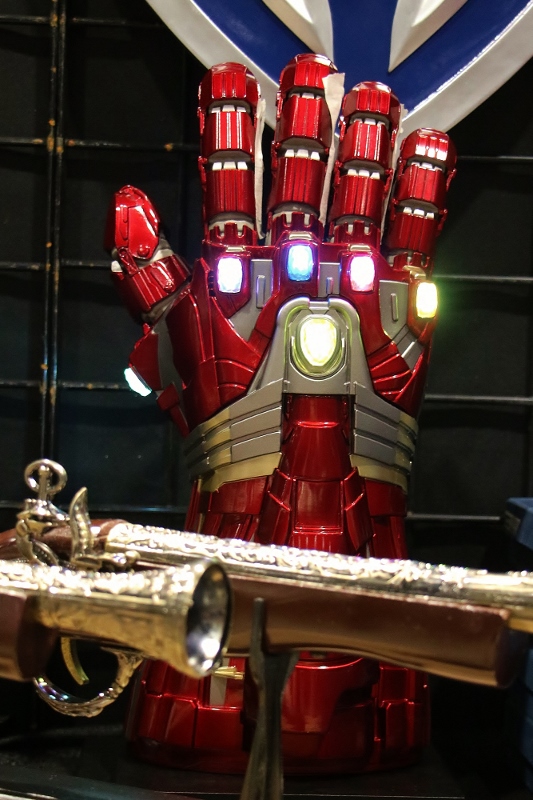 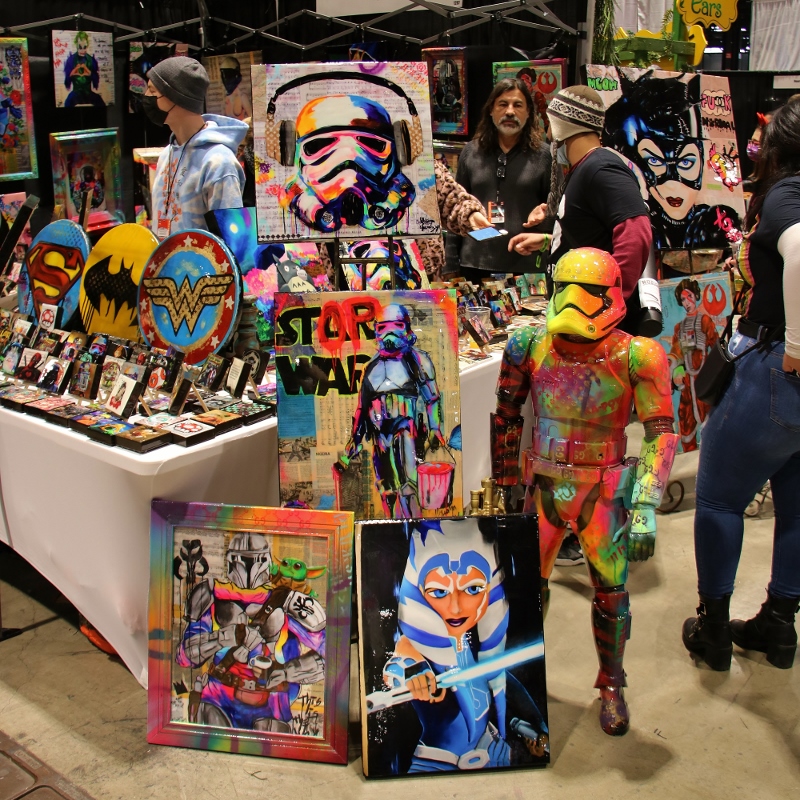 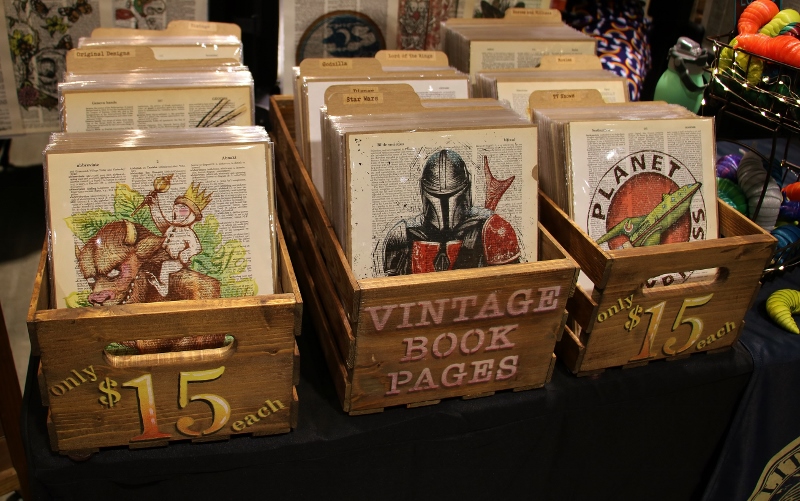 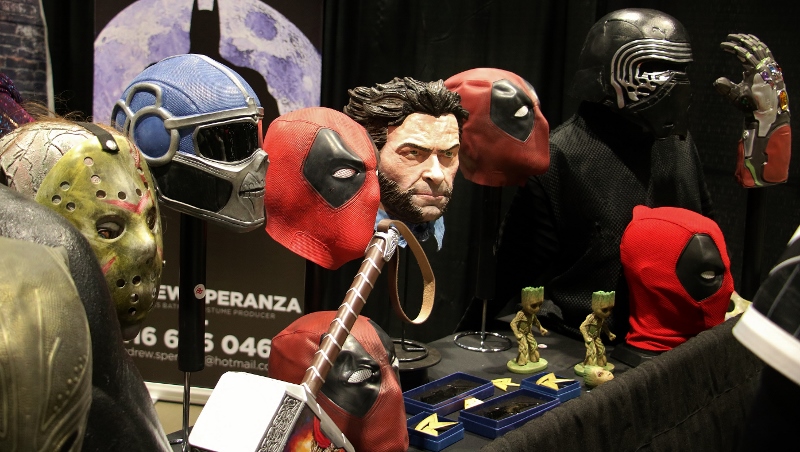 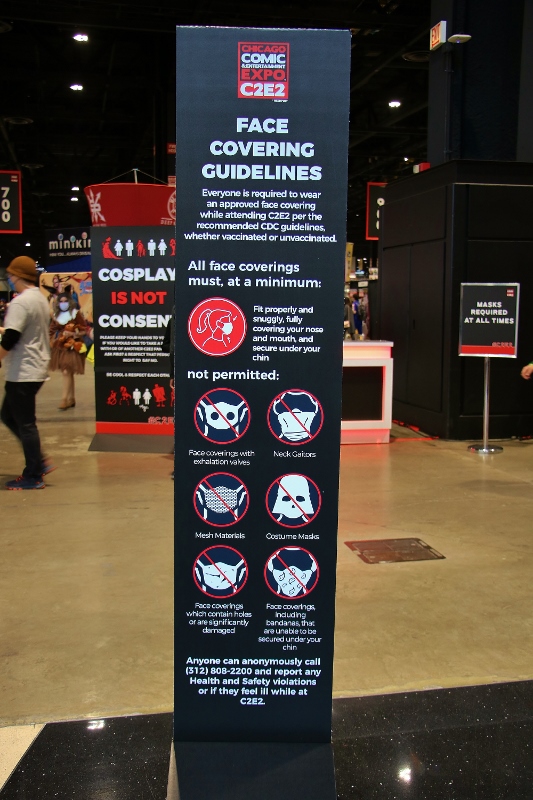 In addition to vendors were lots of great panels. One we particularly enjoyed went from 12:30pm-1:30pm on Sunday and was called Chicago’s Ghostly Urban Legends. It was hosted by Patrick Harrington and Rebecca Rivers, co-stars of the Ghostly podcast with special guest, Scott Larson. In tribute to Larson’s comic series, Visitations, the panel was completely centered around urban legends and ghost tales set in the city of Chicago.

As each speaker took turns telling a few stories, it was up to the audience to decide for themselves whether they believed these places were either truly haunted or just victims of seriously bad luck. Regardless of whether you’re a skeptic or believer, the stories were still quite enlightening and full of rich Chicago history. While going into the panel, we had not heard of the Ghostly podcast and had little knowledge of Scott Larson’s work, however, we found the panel delightfully entertaining and immediately checked out both after we got home. We hope the Ghostly podcast will return to C2E2 next year with more great stories! 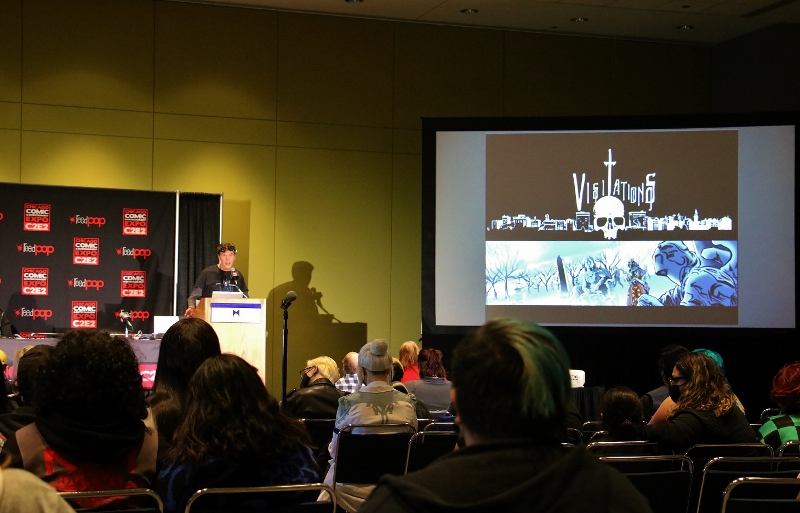 Scott Larson speaks at The Ghostly Podcast panel at C2E2 2021