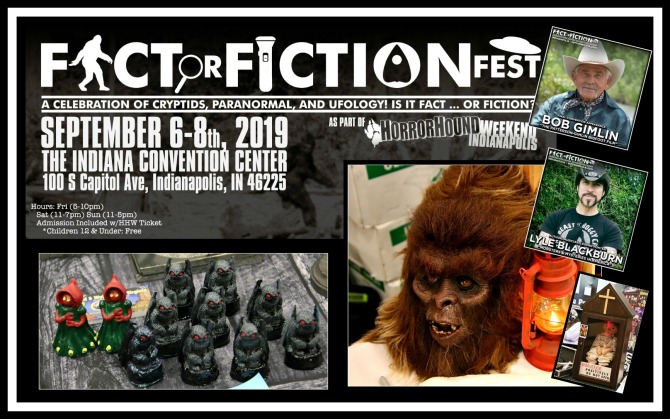 As soon as I saw that framed poster of The Legend of Boggy Creek (1972) standing at the entrance of Horrorhound Weekend‘s Fact or Fiction-Fest, I knew I was going to love it. That familiar image of a hairy monster gliding through the water drew the cryptozoology fan in me like a moth to a flame. Or in this instance, a Mothman to a flame. I was very excited when Horrorhound announced the addition of this show; an entire room dedicated to UFO’s, Bigfoot, and even ghosts. It even featured notable guests such as Giorgio A. Tsoukalos a.k.a. the wild-haired personality from the Ancient Aliens series who’s since gone on to become a meme.

Distinguished as he was, I was never a fan of that show and was much more interested in meeting Travis Walton – the man depicted in Fire in the Sky (1993) whom I’ve written of before. Sadly, I never got to see him during our visit but did meet Lyle Blackburn who was also on my bucket list. Blackburn has appeared on some of my favorite documentaries by Small Town Monsters, written for Rue Morgue Magazine, and authored several of my favorite Bigfoot-related books. such as “The Beast of Boggy Creek” and “Momo: The Strange Case of the Missouri Monster” – both of which I read prior to this event. If there was ever a template for what a Bigfoot hunter should look like, then surely Mr. Blackburn is it! He’s a muscular guy brandishing sleeve tattoos and almost always wearing a cowboy hat. His angular goatee is well-trimmed and I half expected him to jump on a horse and go riding off into the sunset after meeting him. 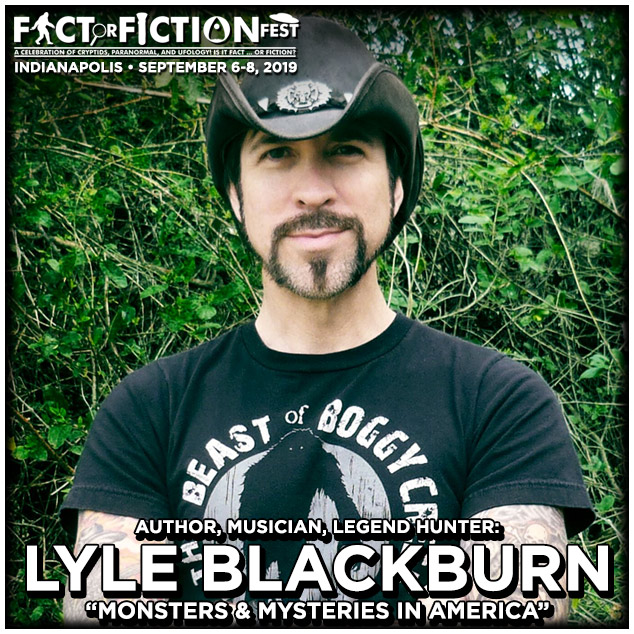 He was selling all of his books and I bought a copy of “Monstro Bizarro” collecting his Rue Morgue. articles. In return, he signed it for me.

The vendors offered some interesting items like plaster casts of alleged Sasquatch feet and replicas of the Kecksburg UFO which I’ve visited a couple times while driving through Pennsylvania. 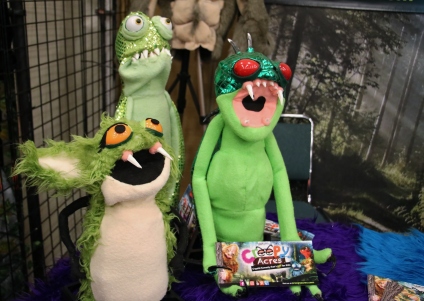 One person even had a replica of the evil doll, Annabelle. Of course this one looked nothing like the one seen in The Conjuring series but rather the alleged REAL Annabelle that inspired it. The oversized Raggedy Ann doll was even displayed in a replica of the case the Warren’s entombed her in. Replica or not, it reminded me of how creepy Raggedy Ann was.

The final mission I had for this year’s Horrorhound Weekend was meeting Bob Gimlin – the man present when Patterson shot his famous Bigfoot footage in 1967. I was looking for a simple 8×10 still of “Patty” the alleged Bigfoot but all he was selling were photos/posters 11×17. I really wasn’t looking for a poster so I bought one of his DVD’s called Bob Gimlin: Beyond Bigfoot. I’ve no idea what year this was made as it’s not on IMDB and I haven’t had a chance to watch it yet. Even if it’s contribution to my physical media collection is just the old man’s signature that’s good enough for me.

Gimlin was very friendly and I must say pretty spry for a guy in his late ‘80s. He seemed like a reluctant celebrity which made the famous Patterson footage more believable to me. I read that Gimlin and his family were routinely ridiculed afterward; even harassed at home during all hours. After Patterson died in 1972, Gimlin understandably shut himself off from the whole thing. Only in recent years has he embraced the incident and, in return, the cryptid community has embraced him. And If anyone deserved some VIP treatment it was this poor guy.

We took the shuttle bus back to the car and grabbed a bite to eat before our drive back to Chicago.