Last week, I took a mini Spring Break road trip from Chicago to Pennsylvania. I brought along my two youngest kids; Jade (16) and Luke (14) who were both with me last summer when I made a pit stop at the world’s biggest twine ball in Minnesota. I love bizarre roadside attractions and that one had been memorialized in song by the great Weird Al Yankovic, himself. This adventure would also feature Weird Al as I had VIP tickets to see him outside of Pittsburgh. It was one of the stops of his “The Ridiculously Self-Indulgent Ill-Advised Vanity Tour” with Emo Phillips and my tickets granted a meet and greet with the multi-Grammy winner afterward. To plan a road trip around something like this without a bunch of strange stops along the way would be downright irreverent. Our first stop was the Toledo Zoo to see their prehistoric flying reptile replicas before making our way to Cleveland to see the actual house used in A Christmas Story – fully restored to its on-screen appearance. 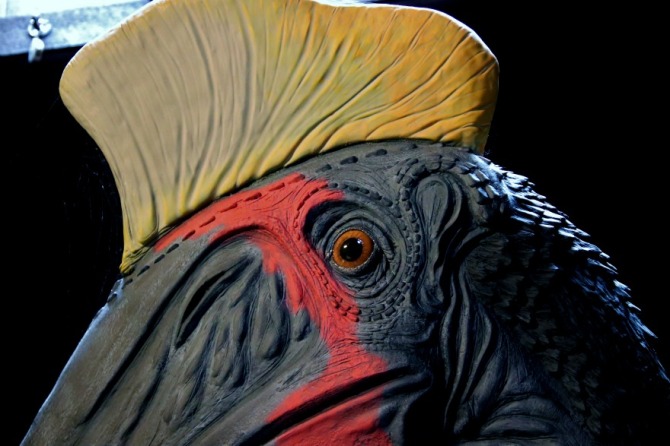 This resident of the Toledo Zoo will be discussed in more detail on my other site davesdinosaurs.org

We arrived around 2 pm EST and parked in a small lot next to museum/gift shop and across the street from the house. There’s also the Rowley Inn tavern nearby which had its own leg lamp in the window. The bar/restaurant has been in business for over a hundred years and was a favored “after hours” spot with the cast, most notably Darren McGavin, during filming.

These quaint buildings seemed at odds with the surrounding, urban area a virtual time capsule of the ‘40s.

We followed some people to the backyard where a guide was in the middle of his tour. He discussed how the yard and toolshed had also been restored to screen accuracy though I found that harder to appreciate without snow. Actually, I was surprised there were so many visitors there considering it was a weekday in March. A friend of mine in Cleveland later told me that from Thanksgiving to Christmas the line to get in extends “two blocks.” It’s a clear testament to the film’s enduring legacy since its 1983 theatrical debut. I was twelve at the time and my dad took us to see it as part of his weekend visitations. I remember it being one of the few flicks he chose that I enjoyed and didn’t put me to sleep like Disney’s Fantasia or The Black Stallion.

We went back across the street to the museum which featured props from the movie as well as posters and collectible items associated with it.

Although there were plenty of leg lamps both in the museum and gift shop, the original was nowhere to be seen. There were actually three leg lamps used in the movie but all were smashed during production. Another original item from A Christmas Story that was conspicuously absent from the museum was Ralphie’s pink bunny suit. Actor Peter Billingsley (Ralphie) owns the item himself and declined the museum’s offer to buy it from him for $100,000.

Connecting the museum with the gift shop was a garage that housed a firetruck and car used in the movie.

The gift shop was huge and had virtually everything from leg lamp ornaments to Red Rider BB guns! 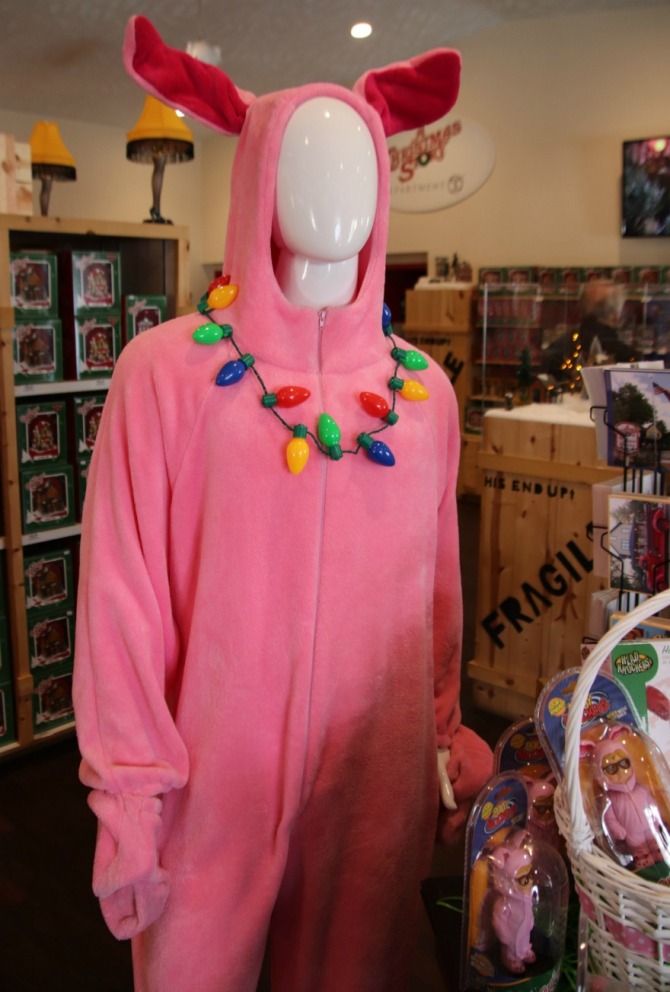 This was a fun stop to make en route to Pennsylvania and I know it will enhance this year’s holiday viewing of the film. We arrived at our hotel that evening. The “weird” portion of our weekend was about to commence.