Continuing on with my recent horror paperback finds. In case you missed the last one, there’s a great site called Book Sale Finder that lets you know all the big ones taking place in the US throughout the year. These books are from two such sales as well as a Chicago bookstore called  Bucket O’ Blood as well as eBay. They aren’t going to get any cheaper than a local sale so take advantage of that site! Here’s the final rundown of my latest haul…

Schoolhouse (1988)/Lee Duigon – An elementary school is stalked by evil and it’s up to a 5th grader to stop it!

Saucer (2002)/Stephen Coonts – The first in a trilogy of books about flying saucers. This one the discovery of a UFO that leads to an adventure in space.

Saucer: Savage Planet (2014)/Stephen Coonts – This is the third book in that aforementioned trio. Hopefully, I’ll track down the middle book at a future sale!

The JAWS Log (1975)/Carl Gottlieb – Not sure what information this dilapidated paperback about the making of JAWS can offer that the numerous documentaries don’t, but for fifty cents I’m willing to find out.

The Rats (1974)/James Herbert – Film fans may be familiar with this book’s adaptation, Deadly Eyes (1982) about killer rodents! 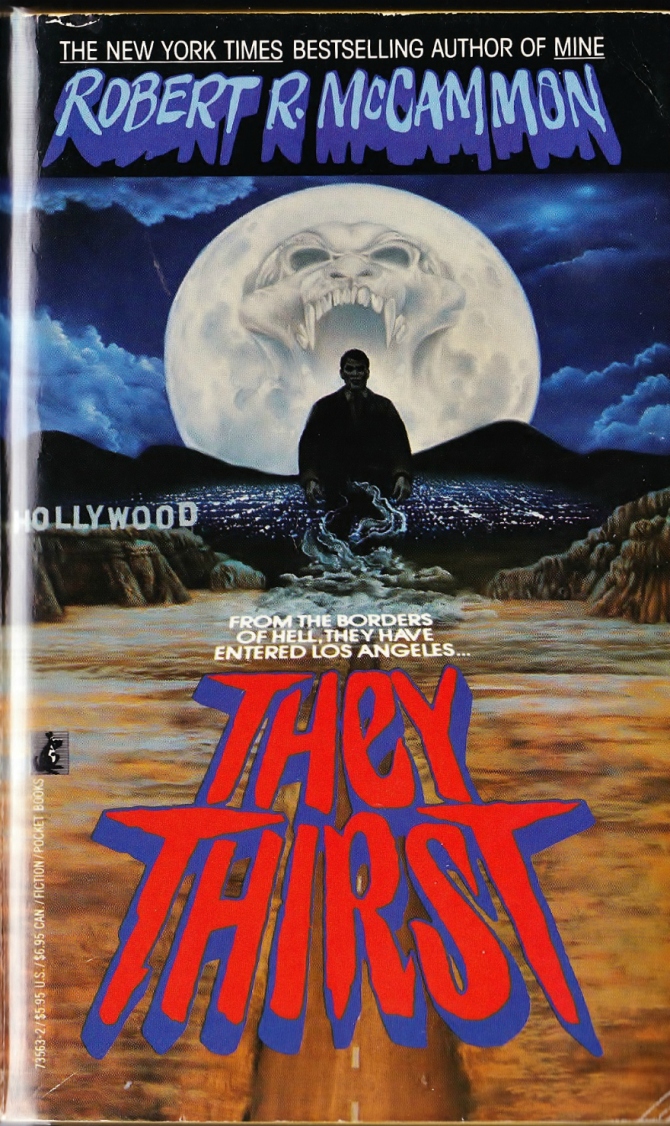 They Thirst (1981)/Robert R. McCammon – Los Angeles finds itself under siege by the undead!

Water Baby (1987)/Patricia Wallace – A series of water-related deaths lead a young girl who lost her family at sea to believe they’re somehow connected. To me, there are few book covers that seem up vintage horror paperbacks better than this one!

That’s it for my spring hall. I do see another big one coming up at the end of April so hopefully, I’ll be able to add even more “great” books to my library!