While driving through South Dakota, en route to the Badlands National Park, I was reminded of the road trip I’d taken with the other David  last year when we encountered THE THING in Arizona. Once we passed the Dakota line, we were inundated with signs advertising their own region’s tourist trap, the Wall Drug Store. This Great Plains “oasis” promised just about everything including a T-Rex, a five cent cup of coffee, homemade donuts, a splash park, and “free ice water.” The advertisements were unnecessary for me since I’d already made up my mind I was going to stop there weeks before the trip began. A co-worker of mine had taken a similar family vacation to the Dakotas last year and told me all about it. “Dave, you have to go there!” she said. “There’s lots to do and they have the best ice cream!” I feigned interest until she added, “Oh…and they have a giant Jackalope!”

Well…why didn’t she just say that in the first place? Of COURSE I’d be stopping at the Wall Drug Store come hell or high (free) ice water! 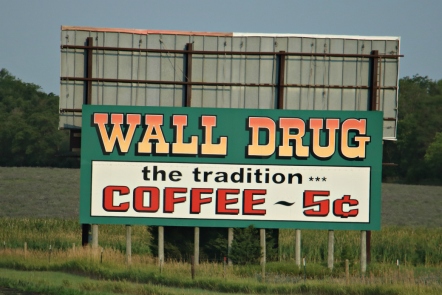 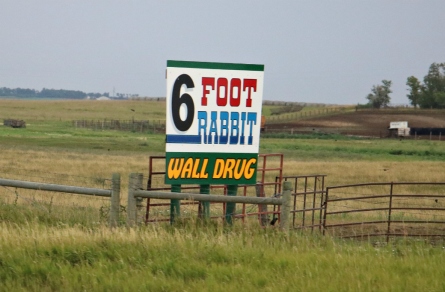 The kids and I spent the morning at Badlands National Park (which I covered in more detail on my “Dave’s Dinosaurs…” site yesterday) before being drawn to the Wall Drugstore like the proverbial Millennium Falcon to the Death Star. The first thing that struck me was how big the place was! It was so large you actually needed a map to find everything. 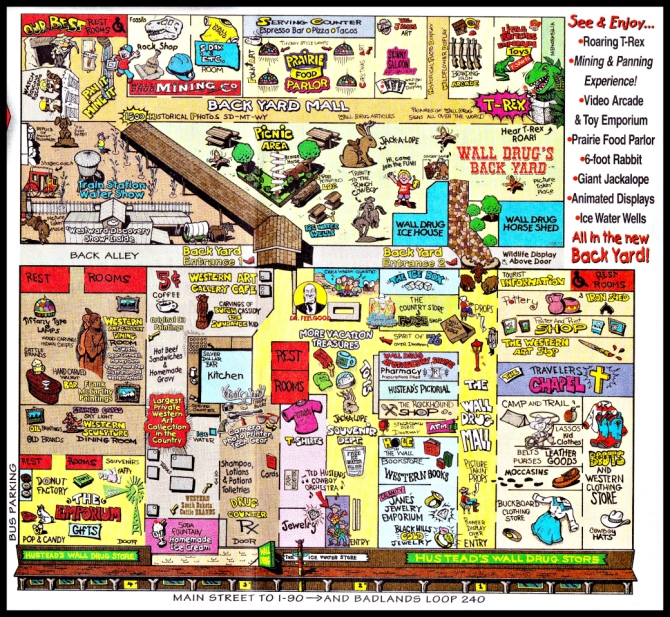 No tourist spot complete without Zoltar!

They had a lot of different gift shops and plenty of Jackalopes you could purchase to mount on your own wall. I swear if I ever make my way back to these parts I’m going to buy one! 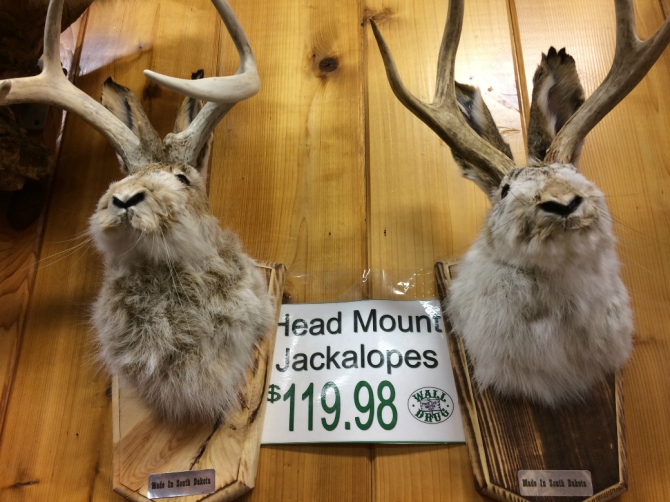 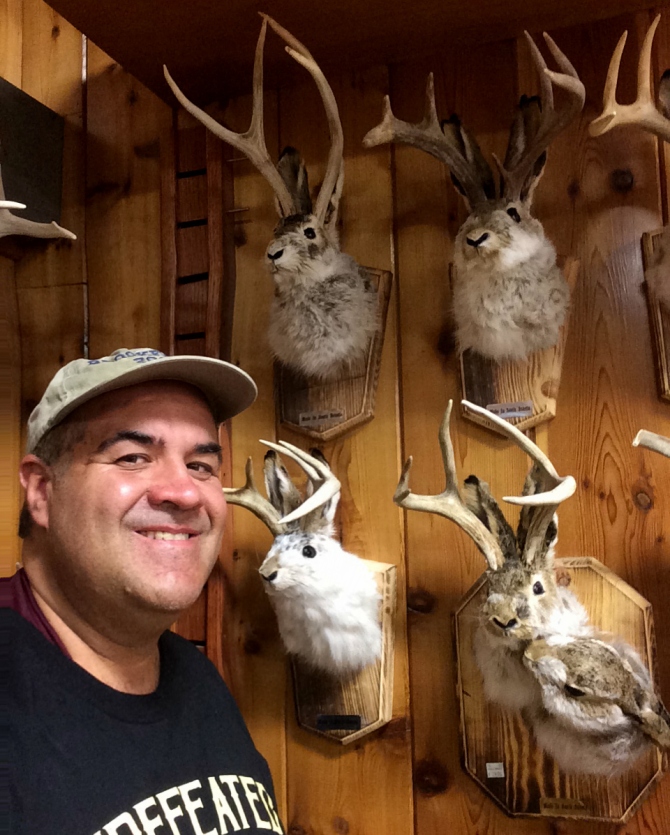 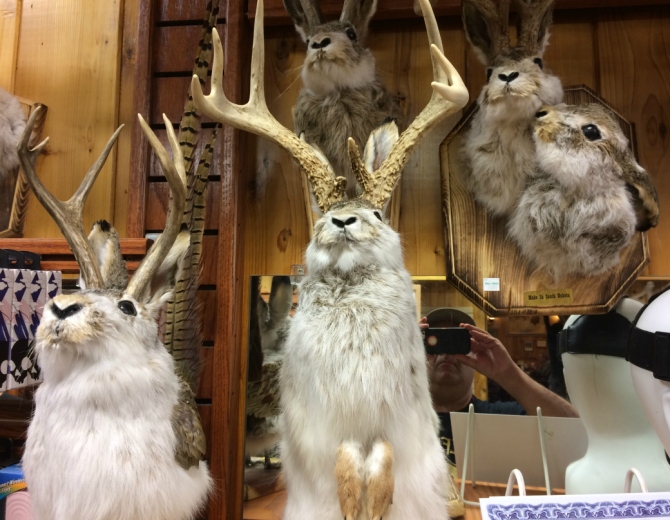 I discussed these cryptids before in a post I did a couple of years ago. The creature is a blatant hoax and the clever grafting of deer antlers onto a jackrabbit. It was probably inspired by a very real condition called Shope papilloma; a virus that does affect members of the rabbit family and causes protruding growths that could of been misconstrued as antlers.

Viruses, of course, are not nearly as much fun as mythology and, around these parts, they aim to keep the Jackalope very much alive!

After seeing plenty of mounted ones, it was time to find the giant one I’d been promised. We discovered it outside in a courtyard and I wasted no time mounting it (I mean getting in the saddle).

Not long after that, we all agreed it was time to get the hell out of there. Don’t get me wrong, we all enjoyed their famous ice cream and homemade donuts but most of the items they sold were pretty gaudy – as opposed to the Jackalopes which I’m sure we can all agree is the epitome of class!

This sauropod looked a lot like the collection of dinosaurs we’d see later that day and will delve into on my dino-site (davesdinosaurs.org). All in all, it was a fun day and the Drug Store was a welcomed distraction from all the driving…and those damn billboards!