Last month I attended Chicago’s G-FEST (Godzilla Festival) for the thirteenth year in a row – a lucky number for me as it marked the return of my eldest son, Alex, to the Godzilla fold. Back in 2004, when we first started attending, he was a six year old Godzilla-obsessed kid who’d later anticipate this event more than Christmas itself. That is, of course, until puberty reared its ugly head and whisked away all love of dinosaurs, spaceships, and the “King of Monsters” in favor of hanging with peers and militaristic video games like Call of Duty. Needless to say, I was taken aback when he requested to join my youngest son, Luke, and I for this year’s event. I’m thinking it might be his way of seeking past childhood comforts before he leaves for the Air Force Academy next month. Whatever the reason, it was great having him back as the Fuentes headed to Rosemont.

The event took place at the Crowne Plaza Hotel managed by my friend, Don Johnston, who always makes sure we’re well taken care of during our stay.  As soon as we arrived we noticed Godzilla vanity plates on cars owned by some of the my more enthusiastic fellow G fans. Obviously, this was the right place!

You know you love Godzilla when… 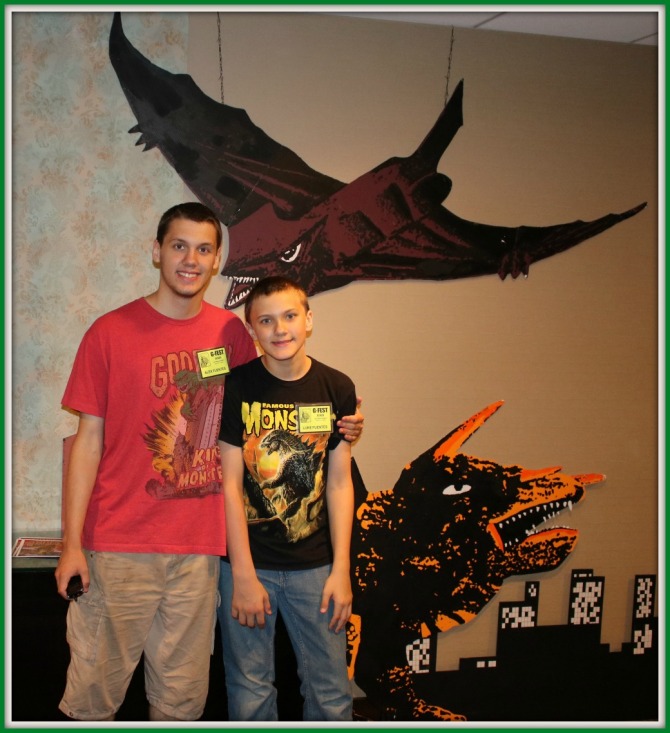 It was too early to check in so we went straight to “Artist Alley.” Years ago it was just a collection of tables across from the Dealer’s Room selling prints but now warrants a room of its own while attracting even more noteworthy talent.

One of these was Matt Frank whose inked several Godzilla comic book titles from IDW Publishing. It was no surprise that he had a line of fans looking to purchase his signed prints. While I enjoy his comic book work, I particularly liked his conceptual art featuring monster mash-ups we’ll never see on the big screen. One of my favorites featured the American 2014 Godzilla facing off with a Millennial Japanese one. 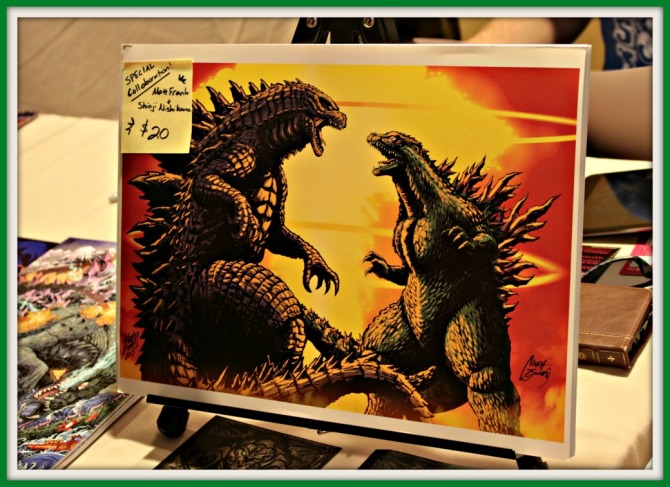 I also noticed he and several other artists (both novice and professional) wasted no time paying homage to the most recent Japanese “Shin” Godzilla featured in TOHO’s 2016 Godzilla Resurgence. At this date, it has yet to reach the United States though the monster’s new design, featuring tiny arms and an extra long tail, has been quite controversial regardless.  I find it interesting that no matter how much criticism he and the 2014 Legendary version receive, the Tri-Star 1998 Godzilla is still in no danger of losing its position as black sheep of the Godzilla family. 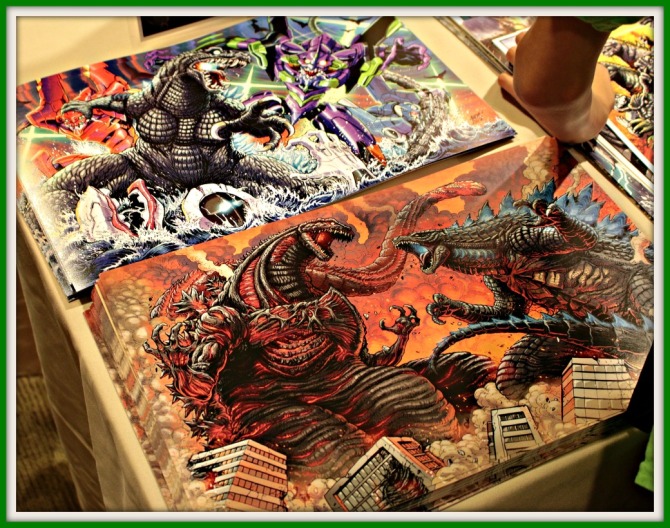 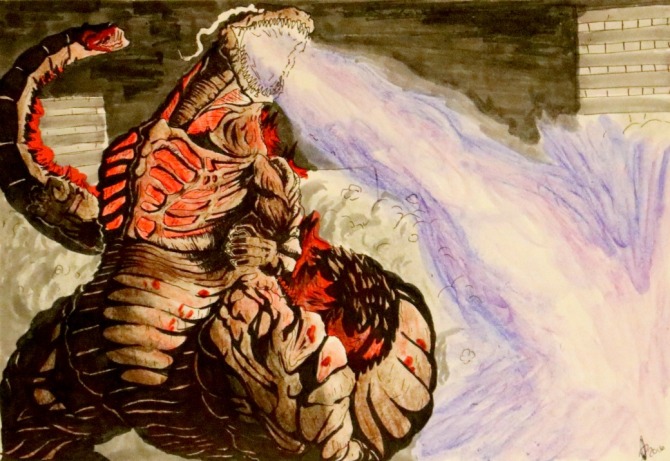 After checking into our room and getting something to eat, we returned to the convention and found a line of fans wrapping their way around the inside of the hotel. This was in anticipation of that aforementioned Dealer’s Room opening up and giving many collectors the only chance they’ll have of doing a “cash and carry” with imported Japanese monster merchandise. The hot ticket item this year was Bandai’s rendition of the new Shin Godzilla, of course, which went for approximately $40-45 a pop. Though this might seem rather steep for a bit of plastic, I should add that they sold out rather quickly.

The New Bandai Shin Godzilla had collector (if not curb) appeal! 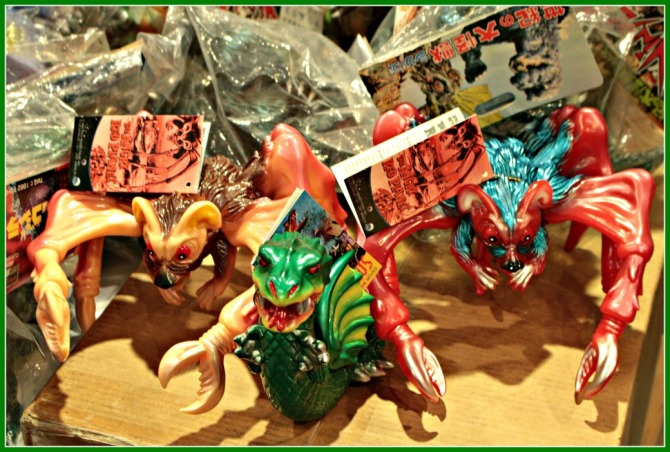 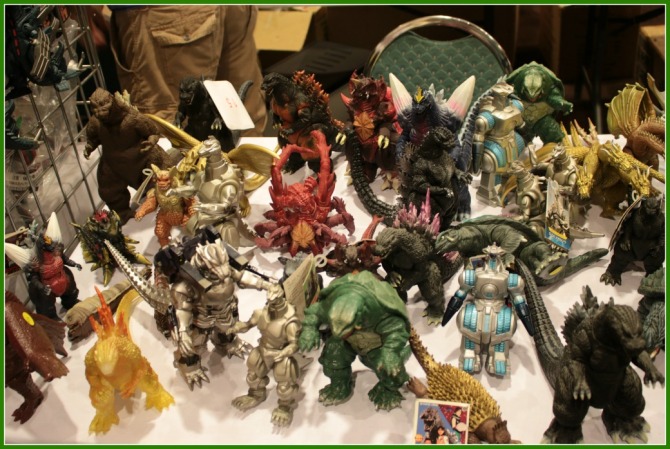 Although it was jam-packed, I was happy to run into some of my friends like John “Russ Wrangler”and good old Dennis Druktenis, the creator and former publisher of Scary Monsters Magazine. SM has since changed hands as Dennis prepares to leave the Chicago area and retire in the Southwest. Consequently, this was his last convention appearance and it’s going to seem awfully empty next year without him in his usual G-FEST space. I thanked him for his years of service and for allowing me to contribute to the magazine these past six years while wishing him well on his new life ahead.

While Alex and I enjoyed the panels, Luke was determined to win the video game tournament. The video gaming area is one of the most chaotic spots at G-FEST which seems to add to the overall tension when your an adult in their rooting for your kid. In other words, it drove me nuts and every time Luke took on a new opponent, I held my breath through most of the match. 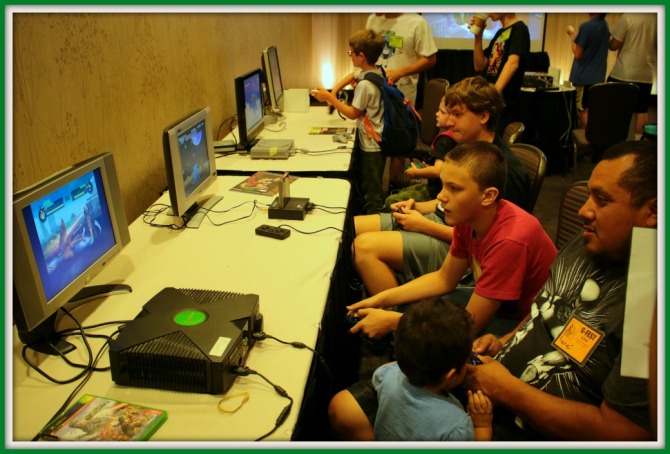 After several rounds, I’m proud to say that Luke was victorious and won the top spot! It was a huge deal for him because in previous years he’d won second and third while the top spot eluded him. His prizes included a Heisei Godzilla figure, Godzilla dollars, and a deck of kaiju cards. 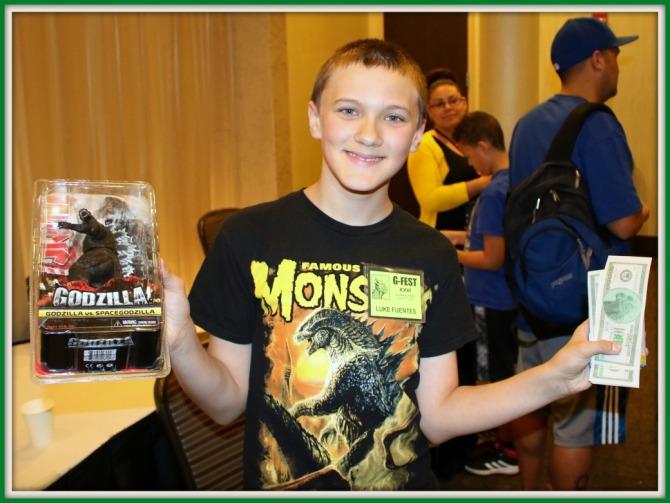 The event culminated in the annual costume contest. 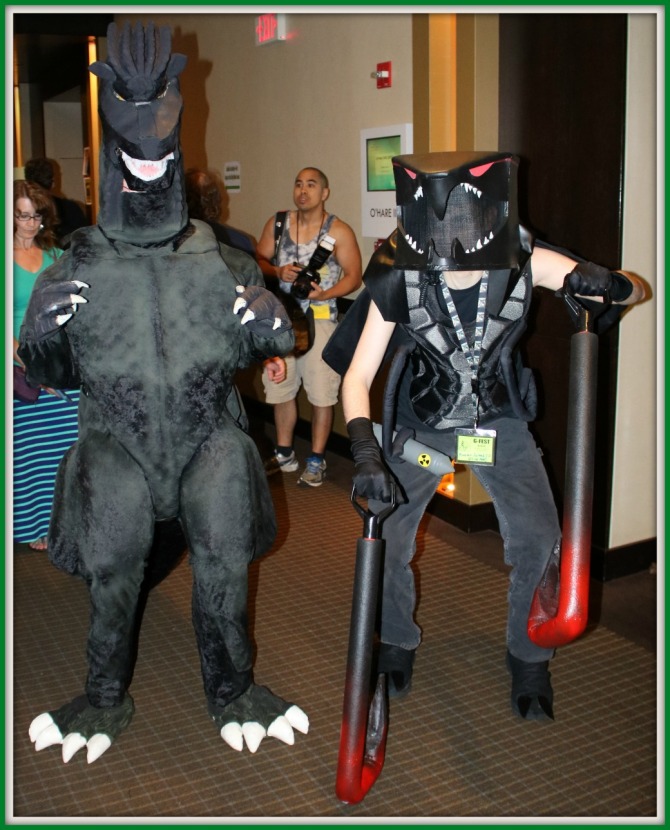 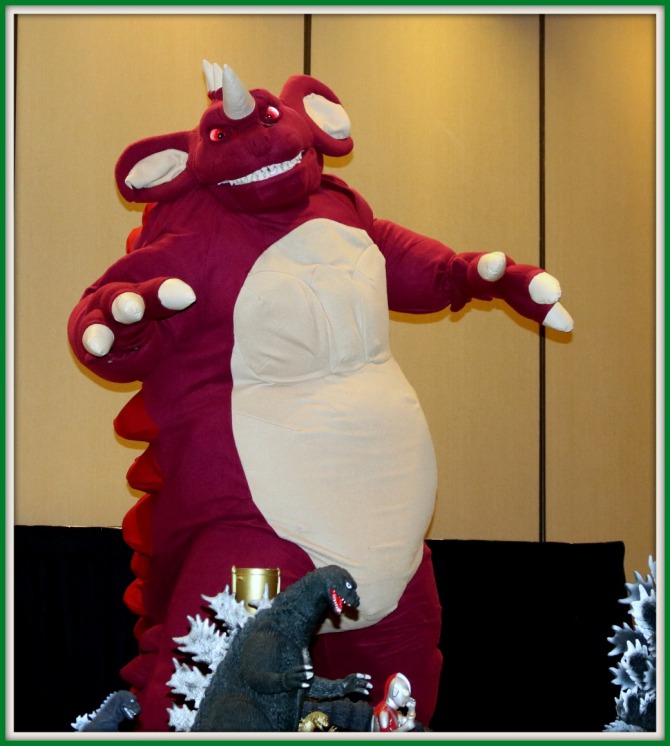