When author, and friend of the Daves, Nicholas Cara approached us to do a review of his book, “The Grey Ghost: The Shadow That Walks,” we had no idea what to expect. First off, the majority of our book reviews have to do with horror or monster movies so doing one on a work of fiction was going to be something we were not used to. Second, the story was a little off the beaten path for what we normally cover. It wasn’t horror and it wasn’t science fiction. So what was it? 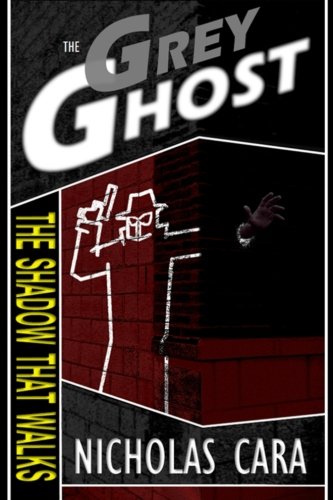 It took me a bit to start this book because (1) I was reading other books at the time and (2) I am a procrastinator with a capital P. When I finally was able to start reading something good happened. I immediately became immersed in the story and found the book to be a fast read. As each chapter ended I couldn’t wait for the new one to begin.

The story is about a man named Joe Bevine, who after losing his leg in the war, comes back to the States to start his life all over again, dealing with his new-found handicap. Thanks to his friends Patsy, his police detective partner, and his girlfriend Kate, he is not only able to overcome his handicap but also deal with a new-found power thanks to something called a Spartan Cloak. 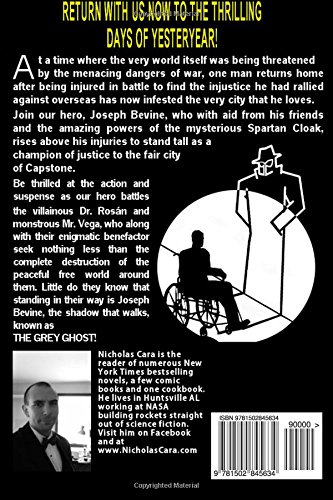 Without giving the plot away this story reads very much like a super-hero movie with a supernatural element to it. I could very easily see this story on the big screen and at times it reminded me of the serials that used to appear before movies back in the day. The characters are very believable and you do get invested in them and care about what happens to them. Even though Joe’s powers are unbelievable, they are not far-fetched by a long shot when you compare them to many of today’s blockbuster films.

This book deserves to be read and is a lot of fun. I found it hard to put down at times, especially towards the end. The story ended opening itself up for a sequel, which I do hope happens. The Grey Ghost is one character I would like to see more of! You can get your own copy of “The Grey Ghost: The Shadow That Walks” by going to Amazon HERE!