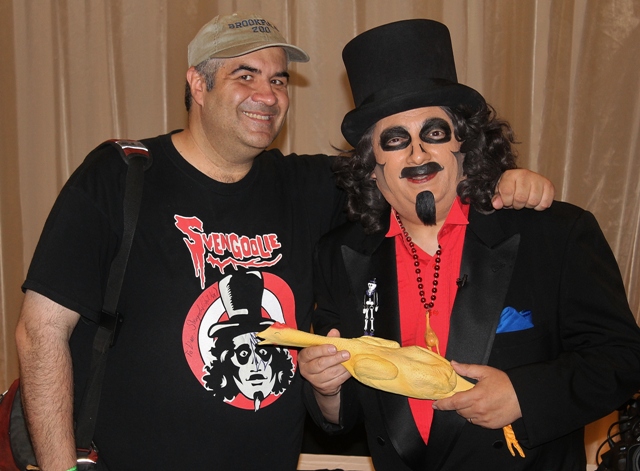 There’s a whole room reserved for national commercial TV horror host, Svengoolie, to his fans at Flashback Weekend. I was informed by my friend, Don Johnston that he and his crew arrived and headed straight there from the main ballroom. Don manages the event’s hotel, the Crown Plaza in Rosemont, and is a great guy who often grants me event and parking passes in exchange for helping out where needed. In this instance it was to direct fans into the room he was in while seeing to it the line stayed moving. Lucky for these folks, waiting in line involved sitting in chairs that wrapped around the room’s perimeter. After fans got up to meet him, the rest would simply move down the corresponding number of chairs until it was their turn. It may sound goofy but, trust me, as someone who has stood in line for hours to meet a convention guest before, being able to sit in a comfortable seat for the duration was worth its weight in gold!

The whole assignment worked great for my goals as it automatically alerted me to any interesting Svengoolie fans or memorabilia that might show up. As it so happened, there was one fan that had a great personal story and one that began over thirty years ago!

Eric Hatchke grew up in Peoria, Illinois (a city located bout two and a half hours southwest of Chicago) and watched Rich Koz as the Son of the Svengoolie on WFLD Channel 32. The show was so popular that a local columnist sited it as being one of the top ten shows that year; a list that included ALL television programs throughout the country! A young Eric cut out the snippet and mailed it to Koz c/o the station and later received a reply thanking him for doing so. On this day, Eric (who still resides in Peoria) drove up to Chicago to meet his idol for the first time while also bringing the aforementioned letter he received back in the ’80s; complete with station envelope and stationery. 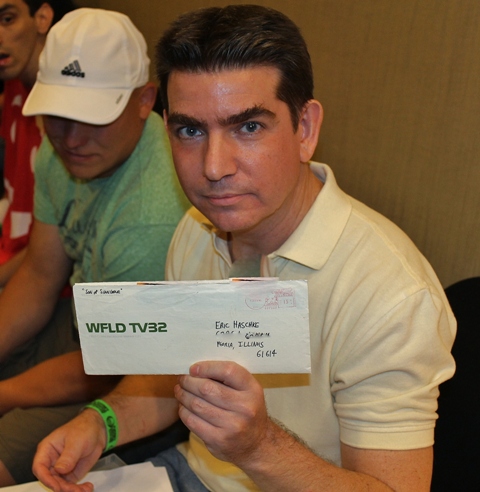 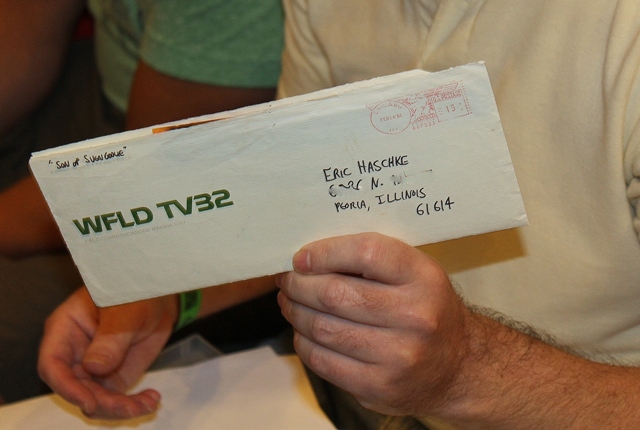 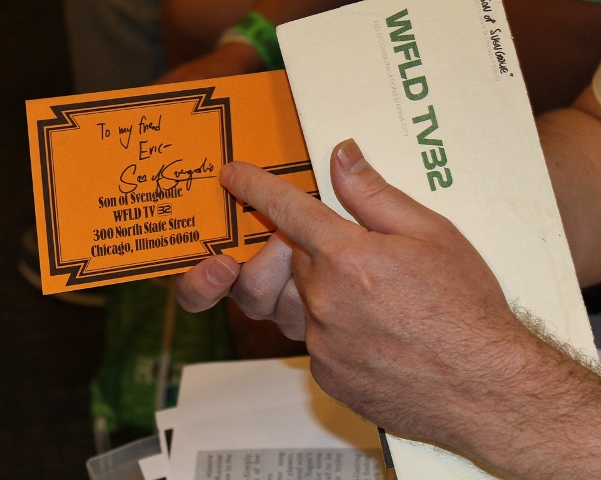 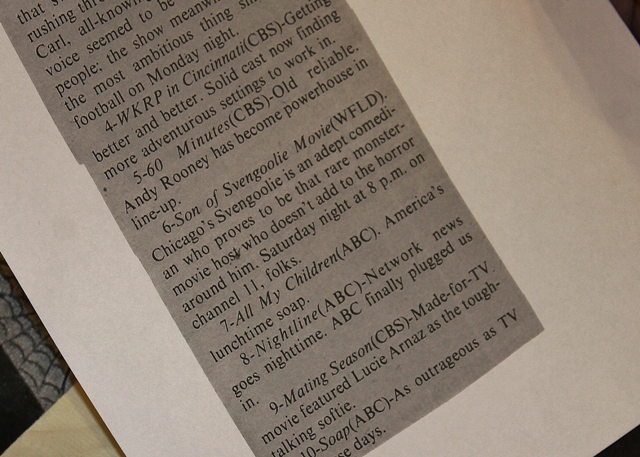 When Hatchke showed Sven the letter and shared his story, I could tell it made him happy. He would later share it on his show during the mail segment (which you can scroll down and see). 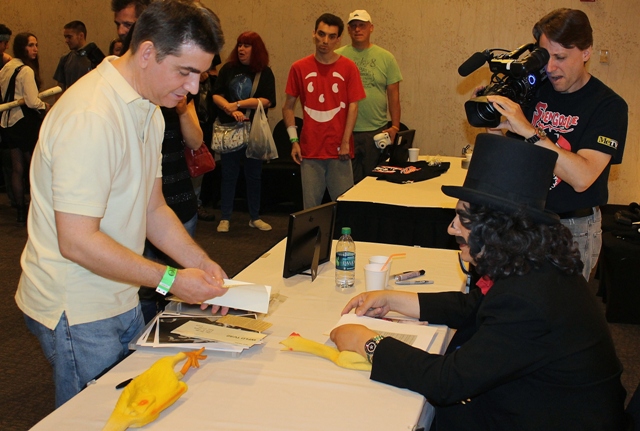 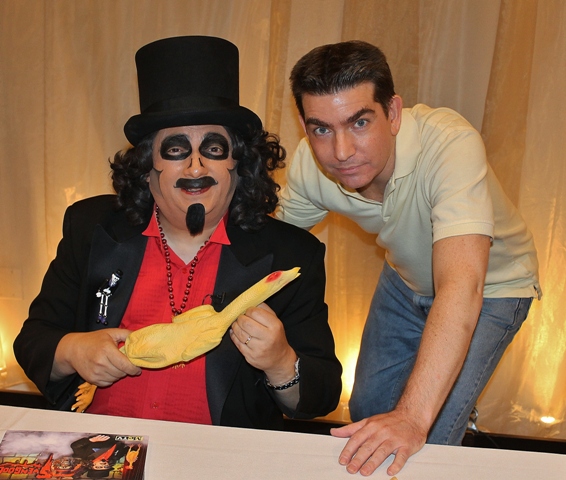 Shortly after his signing, it was time to head out to where Svengoolie would be hosting the annual costume contest! I took off and met my friends, Don & Bunny, who were already seated and had a chair saved for me (thank God since I’d been on my feet the whole day!). Here are a few highlights from that event… 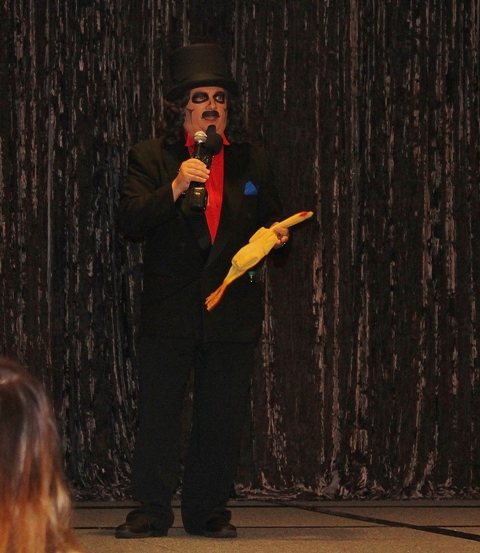 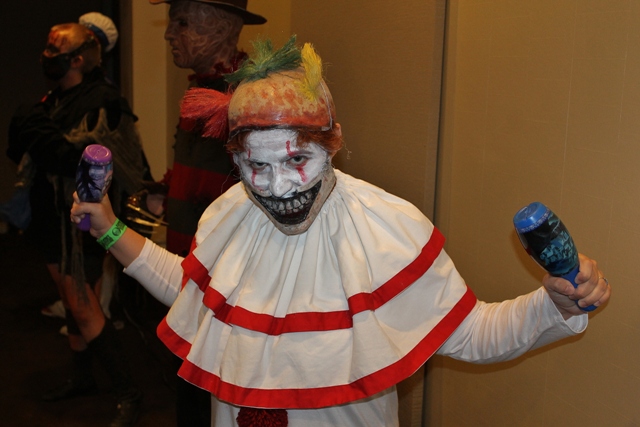 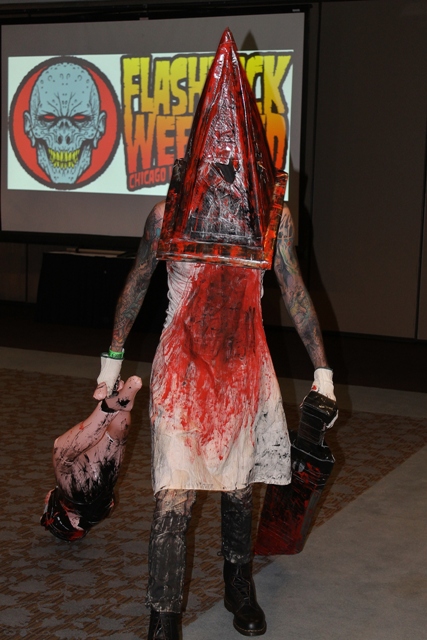 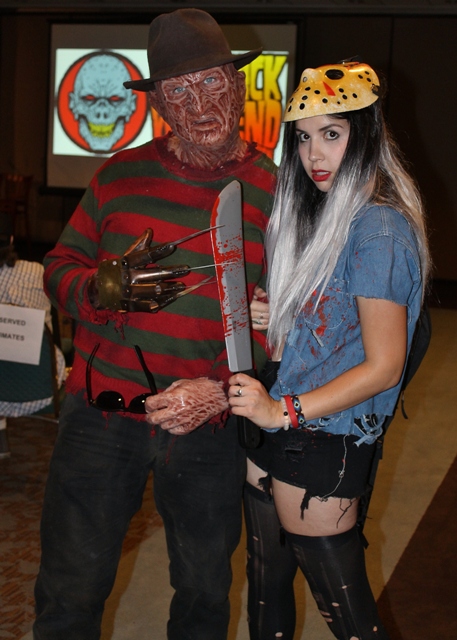 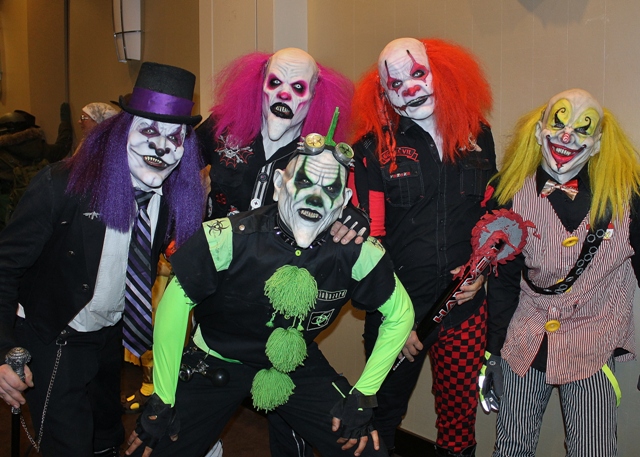 The contest ended and I headed out. Normally a full Saturday at Flashback Weekend is enough for me but this year would have me returning the next day for a very special event!