I remember growing up in ‘70s and having my own small turntable complete with a collection of “Disneyland Records.” These were usually the smaller 45 varieties that would recount the studio’s animated features and accompanied with a storybook that helped you follow along. You’d be signaled to turn the page whenever you heard Tinkerbell’s chime (or something like that). They helped see me through many a rainy day but, had I grown up on the other side of the Pacific, I’d of been far more enthusiastic for shut-ins! This realization hit me during one of the last forums I attended during G-FEST XXII when I learned that children growing up in Japan also had records and stories; only theirs featured Godzilla, Gamera, Ultra-Man, and just about every other kaiju imaginable!

Sonorama record for “Destroy All Monsters!”

The panel titled “Kaiju Kamishibai & Sonorama Art” was moderated by the uber-talented Stan Hyde who’s faithfully helmed the G-FEST model thread since before I started attending eleven years ago. His enthusiasm for this subject along with his fun slideshow really opened my eyes to an avenue of kaiju fandom that I’d never heard of before. After the first ten minutes I not only wished I was a kid again but one growing up in Japan! What really made these stories (called Kamishibai a.k.a. “storytelling) special was the style of art (called sonorama) that accompanied them; illustrations so vibrant and expressive it was like seeing some of my favorite monsters for the first time! 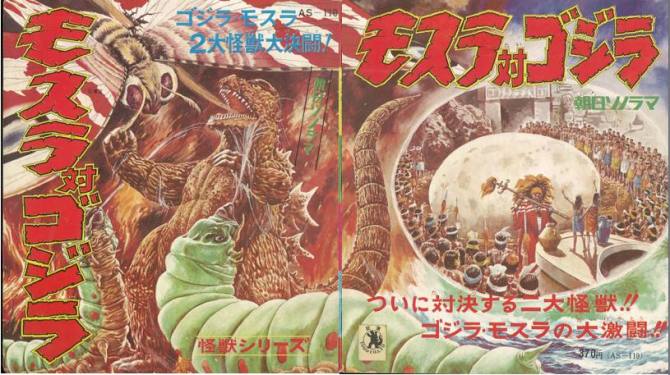 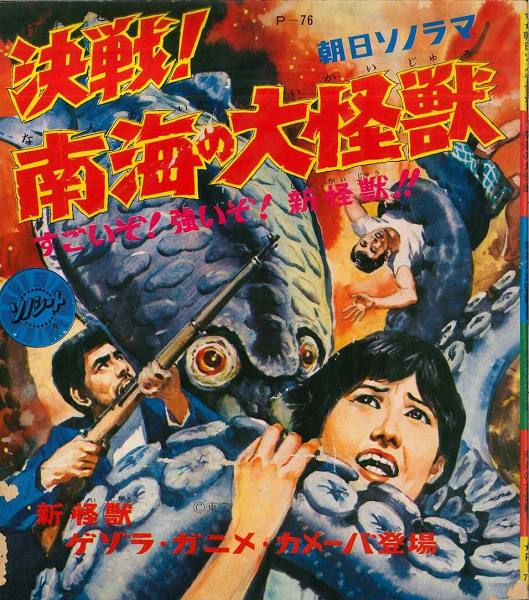 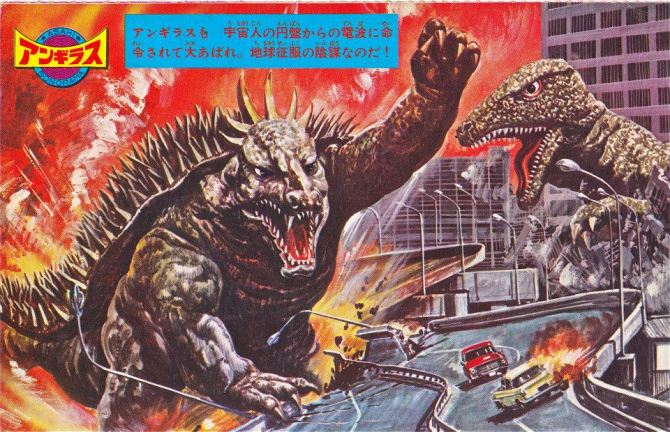 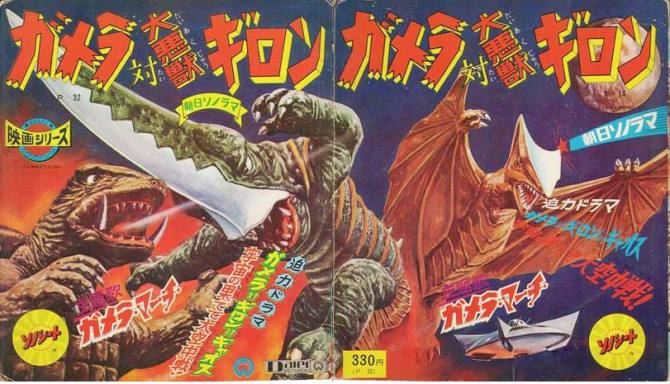 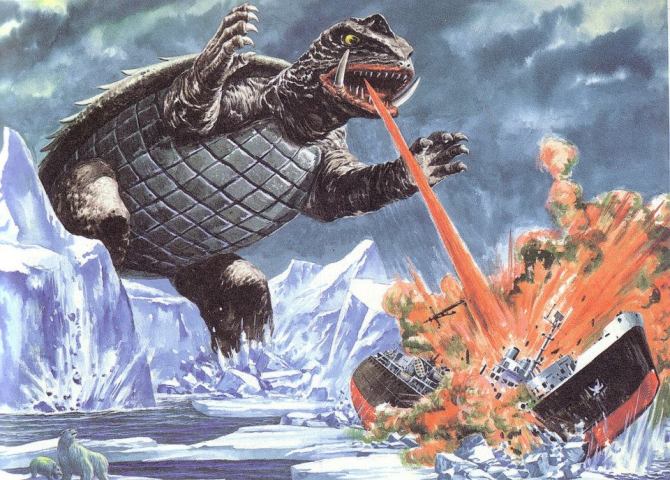 It also presented monster mash-ups you’d never see on screen but wished you could. Many of us remember the famous TOHO film King Kong vs Godzilla and probably heard the latest conjecture that the two may battle it out again in the future (though I’m not quite sure how that works considering the relatively small King Kong is known for climbing skyscrapers while Godzilla merely stomps on them). One “King” sized fight I could NEVER have imagined was one between King Kong and King Ghidorah! Thanks to Sonorama art, not only was this fight possible but so was seeing the same gilded, three-headed monster taking on Ultraman as well!

Sometimes the illustrations offered details you couldn’t get anywhere else, such as the layout of secret bases or even Monster Island! This type of inside information would have really been useful to a young G-fan like me, back in the day!

One of the most interesting details monster fans couldn’t get anywhere else concerned monster anatomy! 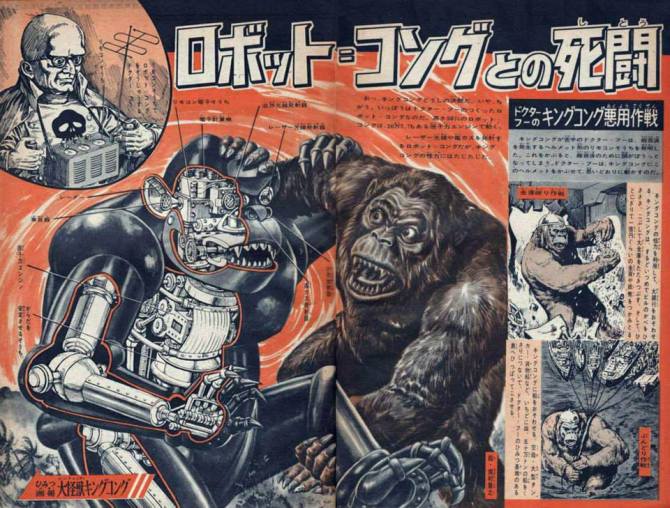 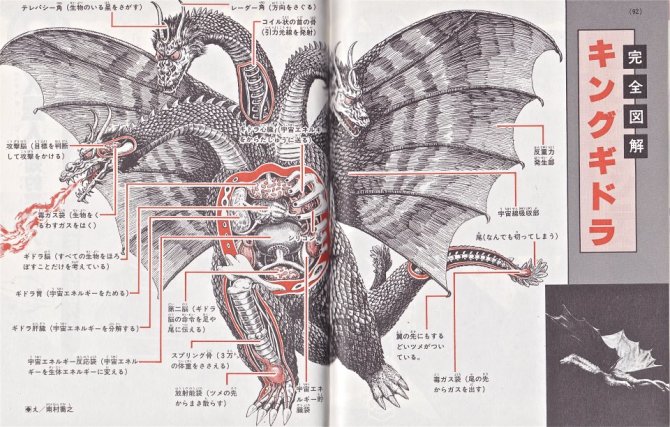 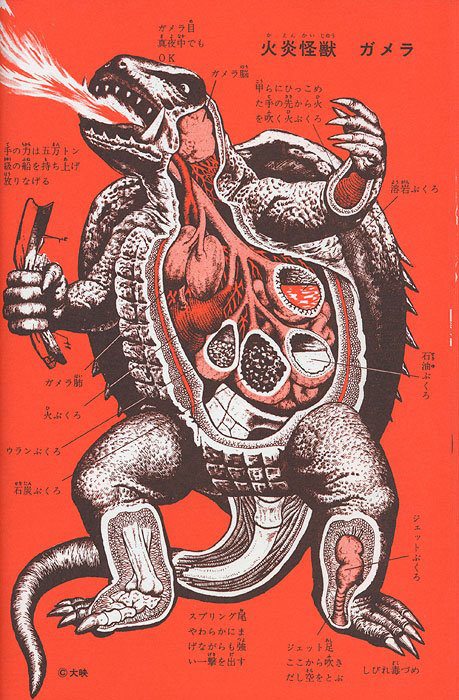 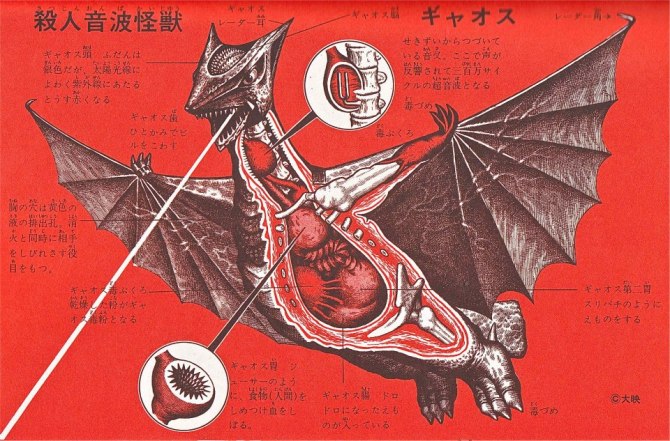 If your looking to start your own collection, prices in the secondary market vary. This style of art was also seen in manga, lunch boxes, model kits, and numerous other products which could make for a diverse bunch of collectibles that just about any kaiju enthusiast can indulge in.

One thing’s for sure, you’ll never look at your favorite Japanese monster the same way again….especially after you’ve seen their spleen!