As sun went down, the energy level rose and everyone knew that Elgin’s  Nightmare on Chicago Street had officially begun. One of the featured acts, “The Rocking Dead,” took to the stage as the streets were soon filled to capacity. 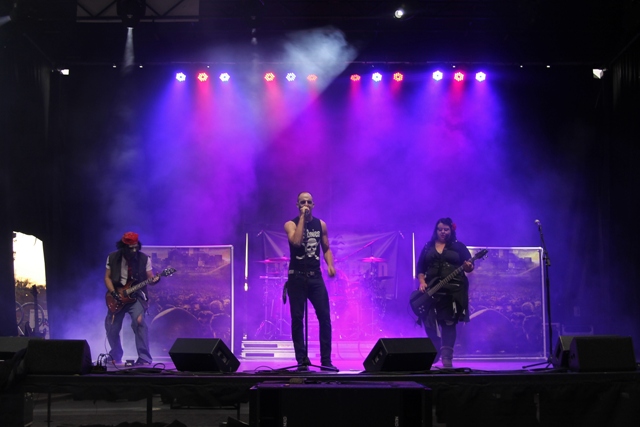 I’d have liked to have stayed and enjoyed the show but I only had a short amount of time to try and photograph as much cosplay as I could before Svengoolie’s arrival. Last year I’d failed miserably in that department and not only came in several hours earlier this year to rectify the problem but also had a Plan B. My friend, Elizabeth Ocon, was going to join me and help cover whatever I might miss. Of course there’s always so much to see that even had I summoned an entire Terror Dave army we would still be bound to miss something. 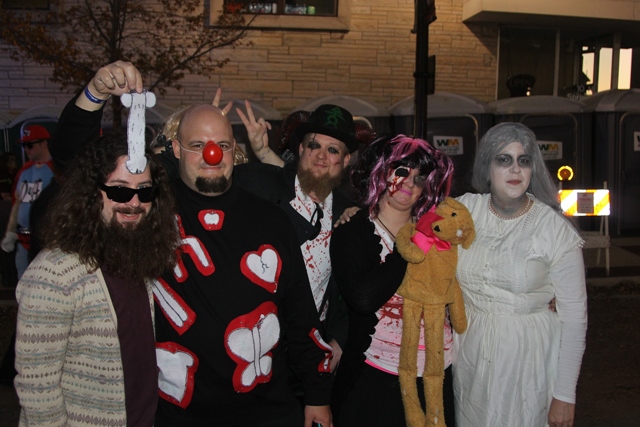 It wasn’t long before I lost the advantage of natural light which meant my photography would be a challenged. Rather than dive into the crowd, I figured I’d play it safe by standing off to the side and underneath a big spotlight figuring I could use it like a giant flashbulb. 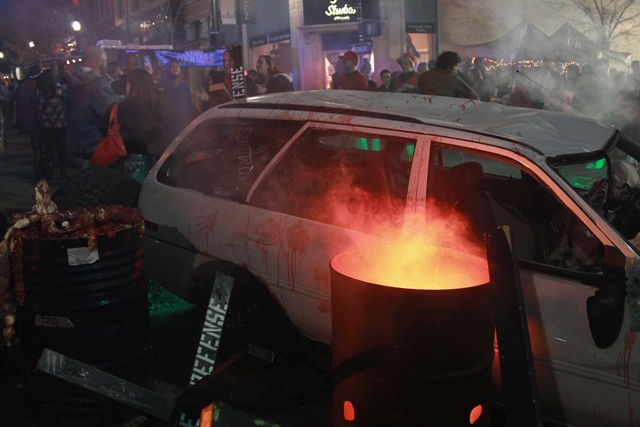 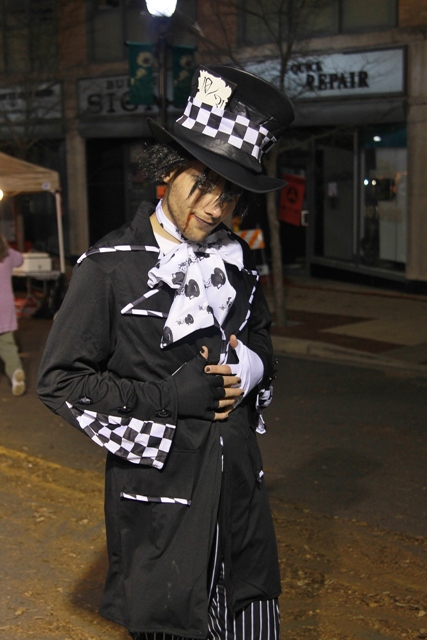 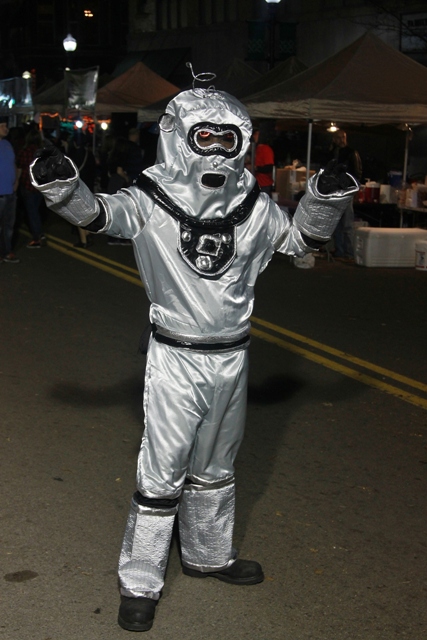 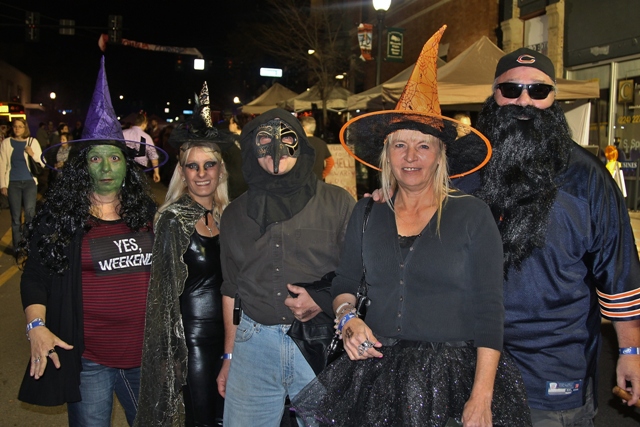 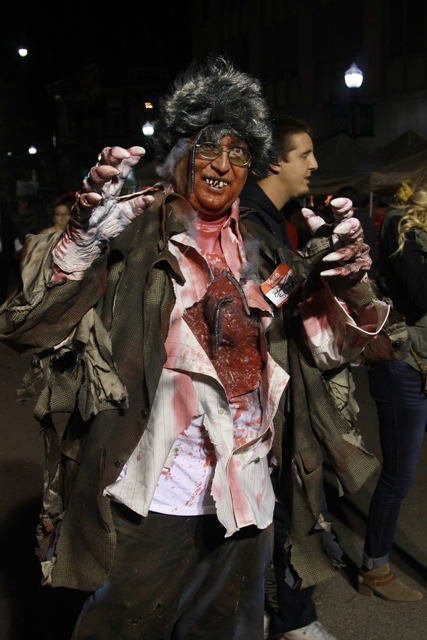 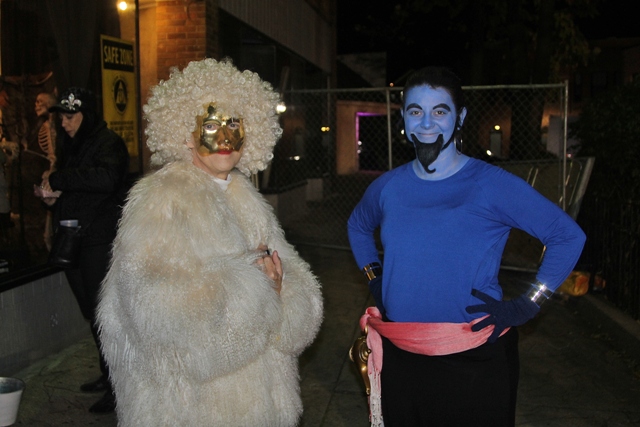 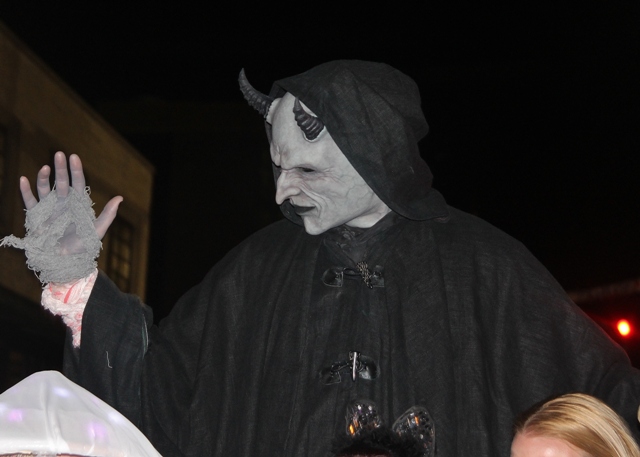 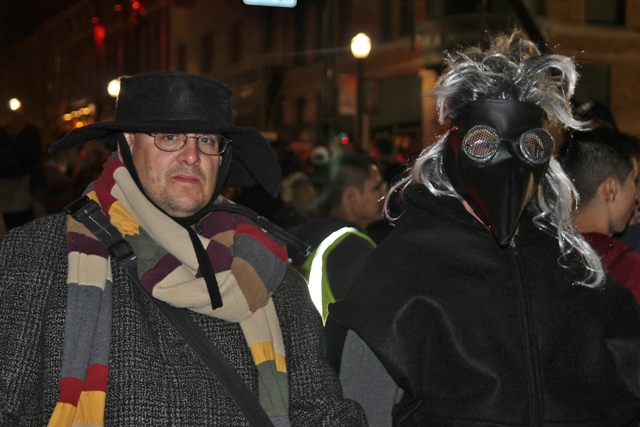 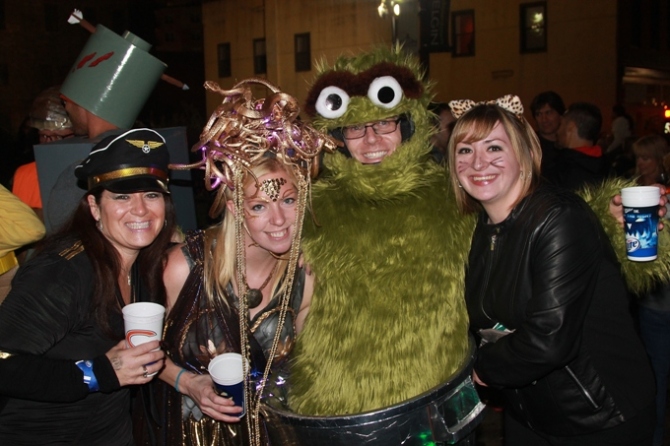 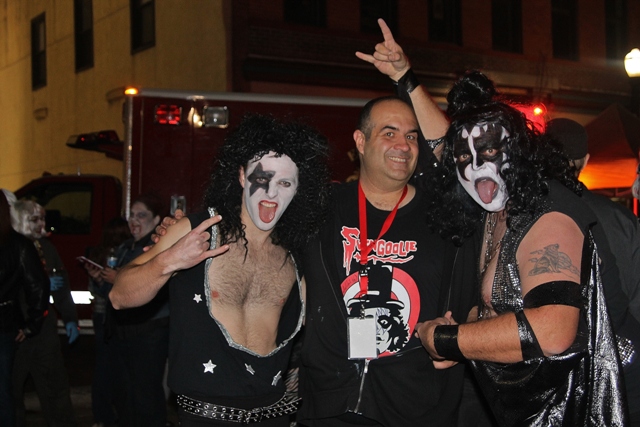 Pretty soon Elizabeth texted her arrival and we agreed to meet in the only logical place – Svengoolie Headquarters!