Terror from Beyond the Daves welcomes guest writer, C.W. Prather.

Four years ago, as I was pulling together a final round of possible interviews for Every Other Day is Halloween, I went through my checklist of noted celebrities from the Washington, D.C. area who I would have loved to appear in the documentary. I didn’t feel they were “necessary” to the film either being done (or done well), but any would help a small DIY production like mine get attention.

Most of the celebs were close to my age – Sandra Bullock, Martin Lawrence, Dave Chappelle, Dave Grohl, Henry Rollins and Patton Oswalt – and I assumed that some of them might have something to say on camera regarding “Count Gore De Vol” or “Captain 20” or (hell) even “Bozo the Clown.” There were only five TV stations in the area when we were kids and Dick Dyszel’s creations were fairly ubiquitous, spanning generations, races and classes.

Oswalt was the only one to respond to the hurried request, and was even set to appear, but had to cancel at the last minute. He did hook me up with Steve Niles, however; the creator of my favorite modern vampire story, “30 Days of Night,” who not only grew up in the DC area, but was a HUGE fan of the Count and the Captain as a kid. Much like others I have interviewed who were raised in front of WDCA Channel 20, you can actually see the 8 year old come through Niles’ eyes when he talks about Captain 20 and Count Gore De Vol on camera – even more so off camera. His was a beautiful testament, as it helped solidify the story I wanted to tell, which was the influence entertainers from our childhood can have on us as adults.

Niles didn’t get to meet Count Gore until the film was completed, and screened at the San Diego Comic Con in 2009. There, the influence came full circle during a wonderful interview the Count did on the Comic Con floor. From one vampire to another, it was a great, great moment of mutual respect and a testament to the power of art and imagination and positive influences. 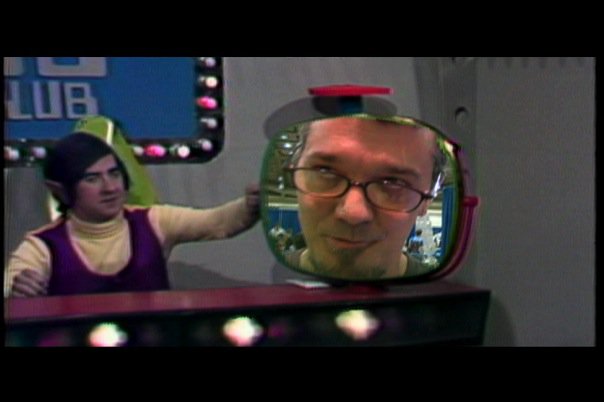 DC Punk Pioneer, Henry Rollins, was one I had reached out to, but never followed up. Going back and looking at my original (and only) email to him, I doubt I would have replied either – I can see now a hurried, less thoughtful tone that I sometimes get when I think faster than I type. To my defense, I was rushing to complete the film before its World Premiere deadline, and I didn’t want to bug someone unnecessarily if they had no story to tell. Nevertheless, I really wish I had taken the time and followed up with him with something a little more thoughtful.

A few months ago I found out Rollins was a fan of “Count Gore” and this past weekend I found out he had a great story to share.

It turns out, both are connected to another new documentary, this one about the Washington, D.C. underground scene of the 1980s – THE LEGEND OF COOL “DISCO” DAN – which had its World Premiere this past weekend here in DC. Rollins is the narrator of the film, which beautifully tells a fairly comprehensive story of what it was like to be in the “real” DC during that time, set against the backdrop of the Go-Go and harDCore scenes, and through the prism of graffiti artist – Cool “Disco” Dan – who was a constant touchstone for thousands. And Count Gore is one of several people interviewed.

Last October I received the following email from the film’s director, Joseph Pattisall, who has been working on this film for almost 10 years, and connected the dots: “So I am at the very end of the long process of making the Cool Disco Dan documentary. Way back when we were starting to think of what DC notables we wanted to interview for the movie I suggested Count Gore De Vol, I was a big Captain 20 fan from when I was a kid and I learned he started doing this again online (and before your really great movie came out). So we interviewed him, he’s a small bit in the movie and amongst other DC notables like Ian Mackaye, Marion Barry, journalists, street people, etc. So we book Henry Rollins to be our narrator and give him the movie ahead of time to rehearse and know what he’s doing. He sees Gore De Vol and freaks out. Huge fan and couldn’t believe we interviewed him. Any how thought you should know. I would like to get him a copy of your movie some time.” 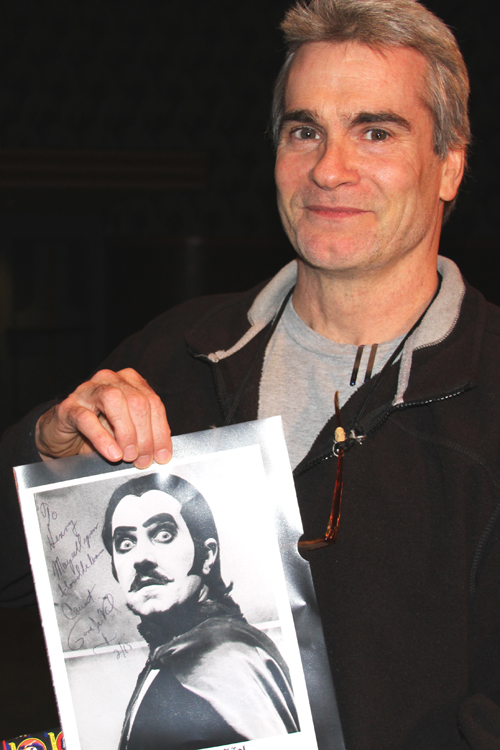 And so, while the Count (or even Dick Dyszel) couldn’t make it to the premiere this past weekend, I was able to go – armed with both a DVD copy of the film (signed by the Count when we were together for his 40th Anniversary event (See Brian Maze’s account HERE) as well as a head shot. Joseph hadn’t lied, either – Rollins turned out to be a huge fan, and again I could see time melt away in his eyes when he saw the Count’s photo, and like a little boy asked, “Is he here tonight?!”

He then proceeded to share with me a personal story about how he and his father bonded over watching Count Gore De Vol on TV, how they both found humor about the Count complaining over being “pre-empted.” I can’t really do the story justice, and I’m afraid of misquoting him, but it was really a wonderful, sweet moment, and I am eternally grateful for Joseph for helping set it up. Yeah, I wish it were in the film, but the film proved to be a nice catalyst to a wonderful moment.