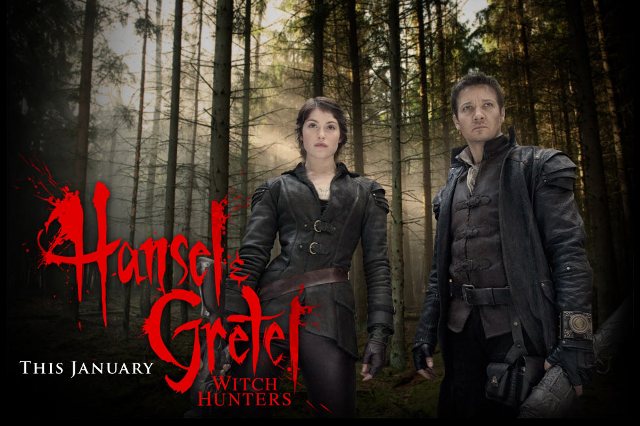 I just returned from a screening of HANSEL & GRETEL: WITCH HUNTERS which I thought at first were code names for an elite duo of monster hunters. You know, sort of like a co-ed version of “Supernatural?” Well, I was dead wrong as it turned out to be the actual Hansel & Gretel from the popular story; complete with an intro for those less savvy on Fairy Tales. Apparently, the excitement didn’t end there as this brother/sister team remained as close as “The Carpenters” while becoming professional bounty hunters with a penchant for murdering witches. And when I say “witches” I’m not talking about the Mother Earth loving herbalists we see today. No, these are the less PC veiny/scaly variety complete with broomsticks! 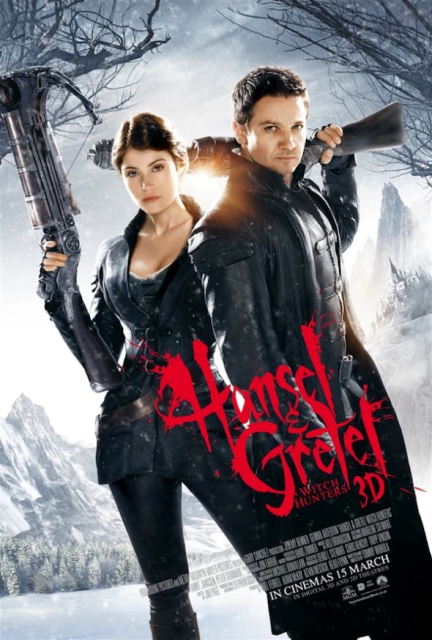 Now in their grown up years, Hansel is portrayed by Jeremy Renner whom many will instantly recognize as Hawkeye from last summer’s block-buster, THE AVENGERS! This time he lets someone else handle the bow in favor of a make-shift M16. While this takes place in Feudal times, Hansel & Gretel (played by Gemma Arterton) talk more like 21st Century truck drivers versus 16th Century peasants. Their colorful language, while certainly not shocking, does seem odd in lieu of the context.

“Thou shall kill you mother-f@ckers!”

In this feature, the siblings are hired to to take down a particularly nasty witch who has kidnapped the village children in an effort to cast a rare spell that can offer her and her twisted sisters invincibility. Apparently all the stars are aligning for this big moment and, while it does sound a lot like the plot of a Buffy episode, there’s certainly worse material you can draw from. In this instance, “The Big Bad” is played by Famke Janssen who often seems to be reprising her role as Dark Phoenix from X-MEN: THE LAST STAND. 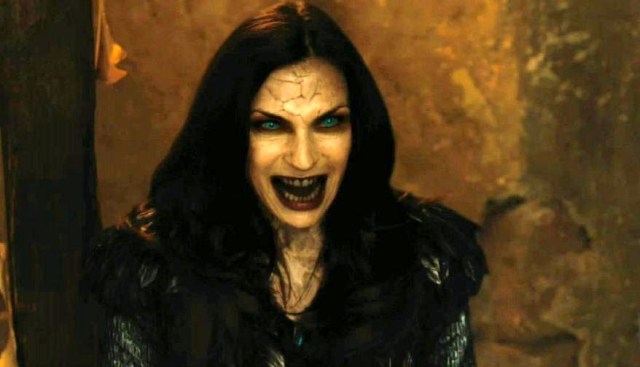 Although spying that candy house in the beginning of this story damn near had me running for the exit, the film is far from dull. In fact, it’s one of those strange situations where a film is so ridiculous it manages to occasionally become entertaining. That is not to say I recommend seeing it as I’m still trying to figure out which demographic this film is supposed to appeal to. It’s too silly to be for adults but has too much foul language and gore to be for kids. My guess is the film’s biggest fans will be a select group of pre-teens who are used to hearing mom and dad drop four-letter words and don’t faint at the site of blood.

MESSAGE TO HOLLYWOOD: When your source material ends with “and they lived happily ever after,” leave well enough alone!