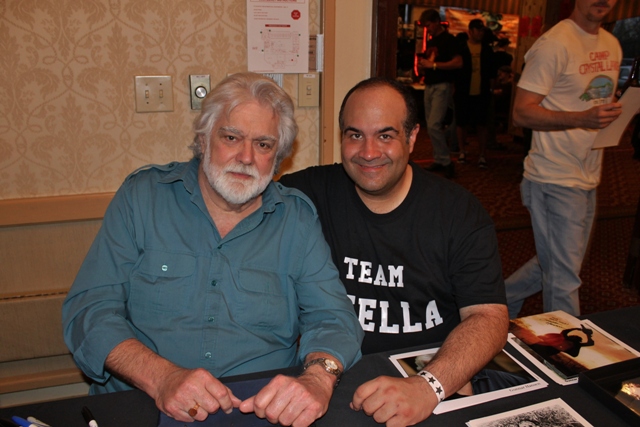 Throughout horror movie history, there are few films that have been able to grab viewers with the sheer raw intensity as the original THE TEXAS CHAINSAW MASSACRE.  Tobe Hooper (who both produced and directed) took a handful of unknown actors, a scant $300,000 budget and created a film that plays with such gritty intensity you almost feel like a voyeur watching one of those infamous “loop” films many believe exist despite none having officially surfaced.

I was a teenager when I was first introduced to the infamous film on VHS. A friend of mine, who grew up in a rougher neighborhood equipped with a better video store, brought along his savvy when he moved to my humble town of Homewood. We’d become friends chatting about the latest slashers and the 1988 return of Michael Myers. Soon horror movie nights became a regular facet of our friendship and I was pleased to not only have someone to share this love with but one who was also able to add to my repertoire. RETURN OF THE ALIENS: DEADLY SPAWN, THE WORLD OF DARIO ARGENTO, as well as the bootleg concerts of KISS were all things introduced to me during that crazy summer of 1989.

Of all these great introductions, however, few had as much impact as THE TEXAS CHAINSAW MASSACRE. From the films infamous (and deadly serious) narrative scroll I was effectively a ball of nerves and by the time the movie’s main villain, Leatherface, made his abrupt entrance they’d be sufficiently shattered. I can’t imagine what it must have been like watching it at a drive-in, or alone in a theater, back in 1974. Through the years there have been sequels (and remakes with prequels & sequels) but none have come close to capturing the originals raw terror. 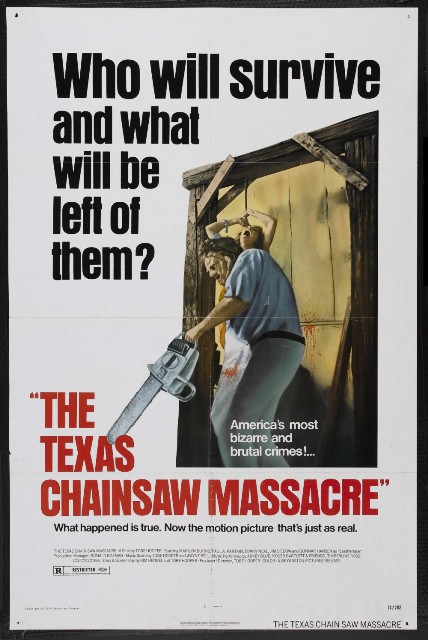 I have a fairly eclectic taste in film and this is one of the reasons I enjoyed the latest HORRORHOUND WEEKEND in Columbus, Ohio. Here I could see horror hosts, vintage celebrities like Julie Adams and Tippi Hedren (both covered in earlier posts), as well as those delving in more brutal films such as this one. On the convention’s opening Friday night, we met the original Leatherface, himself, Gunnar Hansen. While there have been other incarnations of the character, none were as frightening as Hansen’s emotionless killing machine.

After waiting for Mr. Hansen to talk with a few fans, it was finally our turn. We found him to be extremely personable and it was hard imagining this pleasant and seasoned individual the same one responsible for running actress Marilyn Burns into a screaming frenzy of terror (while us viewers bit our nails to the nub praying for her escape) in the film. Not surprisingly, Hansen said they had NO idea the film would create the impact that it had. Hansen has spent more of his life as a writer as opposed to actor but soon will be merging the two with a new book “Chainsaw Confidential: How We Made America’s Most Notorious Horror Movie.” For film buffs looking for new, inside information on this horror classic, it will no doubt become a must read! 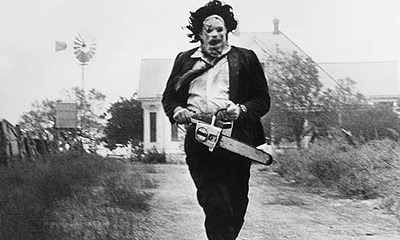 After complimenting him on his iconic role we also mentioned how much we enjoyed one of his more recent exploits in the foriegn film, HARPOON WHALE WATCHING MASSACRE (which we reviewed upon its American release  HERE). He seemed surprised we’d even heard of it, though not that we liked it. “Well,” he laughed. “I guess it makes sense that you’d enjoy that one since its really THE TEXAS CHAINSAW MASSACRE on a boat!” 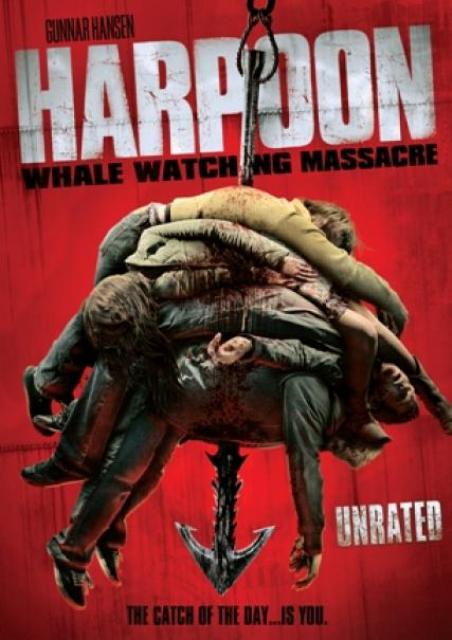 “Hansen also admitted that, while the film was fun to watch, it experienced some delays here and there with months between filming. “It makes things a bit hard to stay in character when you have so much time elapsing between playing the same part,” he explained. He then happily agreed to pictures. 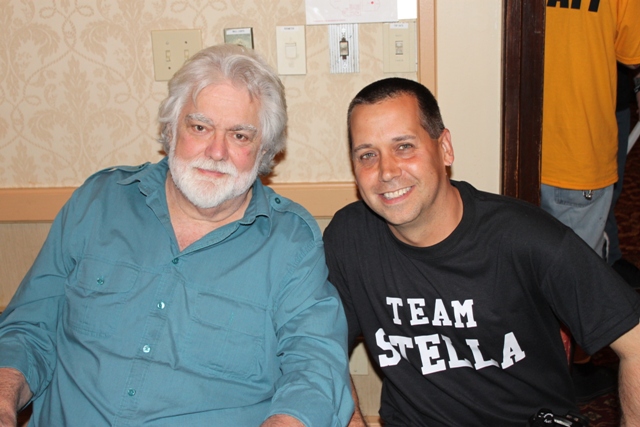 Gunnar Hansen was an interesting guy (definitely a LOT  more talkative than his alter ego) and we could have stayed and conversed with him for hours. Unfortunately, that probably would have led his other fans still awaiting their turn to grab a chainsaw and chase us down on their own. The next morning we enjoyed the hotel’s “wallet massacring” buffet breakfast with Hansen having his meal only a few feet away. For some reason that seemed to enhance the whole experience. Then again, what better way to enjoy your Texas toast than in the good company of Leatherface? 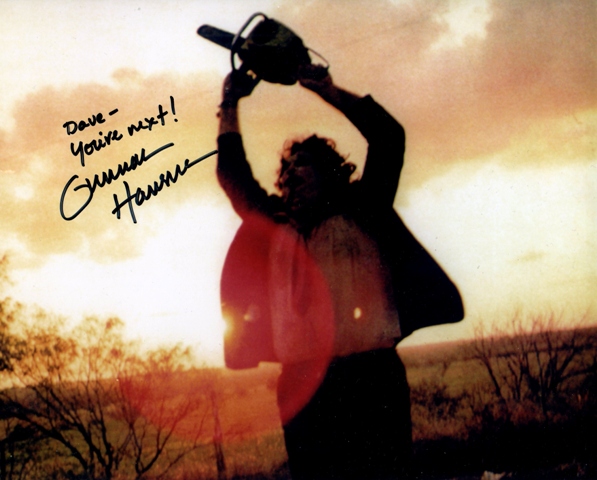 4 thoughts on “Face to Leatherface with “The Texas Chainsaw Massacre’s” Gunnar Hansen!”