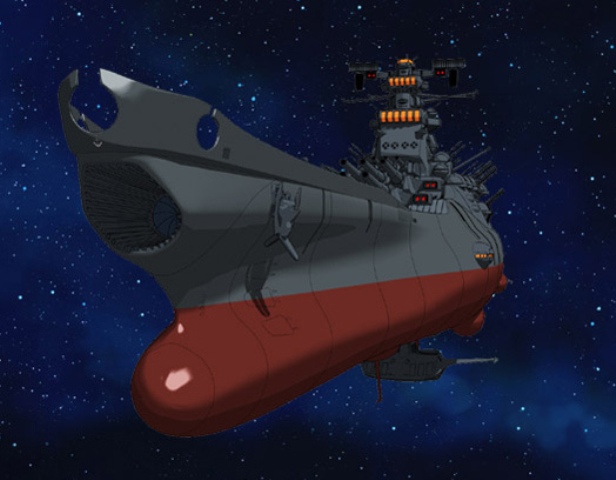 One of my fondest memories as a child of the 70’s was coming home every day after school to watch my favorite cartoon series, STAR BLAZERS. At the time it was being shown on a UHF station so it varied from day-to-day as far as how well I could draw the station in. Regardless, I was there every afternoon at 3 PM to enjoy the exploits of Derek Wildstar, Mark Venture, Nova, IQ-9 and so many other memorable characters. For the time, the animation was a definite step up from what we were seeing on Saturday morning and unlike most cartoons of the day, this series had a well-written, ongoing story. Plus it had a catchy theme song!

There were two seasons that were shown on our local station (though a 3rd season was produced). The first season, known as The Quest For Iscandar, featured the gang of Earth’s best fighting the evil Gamilons trying to save their planet from deadly radiation caused by planet bombs. The crew takes their space battleship Argo (the sunken Japanese battleship Yamato) to the planet Iscandar to retrieve Cosmo DNA, which will rid the Earth of the radiation, saving everyone.

The second season, called The Comet Empire, featured the return of the original crew (minus Captain Avatar who perished in the first season) and takes place a year after season one. The Star Force must now battle a giant comet that is hurtling towards Earth, destroying everything in its path! It turns out that this comet is not just a comet, but a giant Comet Empire! Each 26 episode season was extremely popular here in the United States and it really opened our eyes to the animation boom going on in Japan, known as anime.

In 2000 and 2001 all three seasons were released on DVD by Voyager Entertainment and I was thrilled, as I could finally re-watch my favorite cartoon series as a kid, without the worry of a “snowy” UHF afternoon. The animation is definitely dated but the stories still hold up just as well and I try to watch the first two seasons annually.

When it was announced that STAR BLAZERS (known as SPACE CRUISER YAMATO in Japan) was being made into a live-action movies, scheduled for a December, 2010 release in Japan, I was thrilled. I was constantly checking online for updates and was so excited when I finally saw the official trailer!

The trailer looked great to me but I also noticed that they were relying heavily on CGI effects. My big concern was that for some reason, when the Japanese use CGI it is usually inconsistent in quality…some looking great and the rest looking horrible. All I knew is that I could not wait to see this film! My wait came to an end recently when I found a subtitled copy of this movie for sale on Amazon.

The movie, SPACE BATTLESHIP YAMATO: THE FINAL BATTLE. did not disappoint. The Gamilon storyline (called Gamilas in Japan) is used to great effect. The story, though not new to STAR BLAZERS’ fans is nicely paced and the special effects are stunning (considering the reported budget was $12,000,000 USD). The characters are well cast, with Takuya Kimura playing Susumu Kodai (Derek Wildstar) and Meisa Kuroki playing Yuki Mori (Nova). Not surprisingly this movie did very well in Japan as SPACE CRUISER YAMATO is as iconic to animation as GODZILLA is to live action movies! You do not need to be a fan of the original animated series to enjoy this awesome live action film. Hopefully one day it will receive an official release here in the United States as it definitely deserves it. Though the quality of the copy available on Amazon is lacking, it is still worth seeing and highly recommended, especially if you are a fan of science fiction!