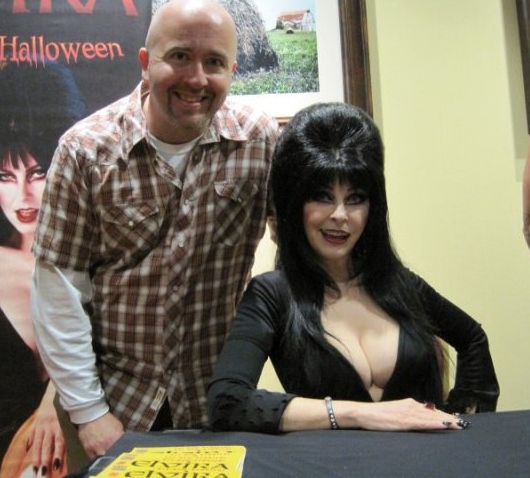 TERROR FROM BEYOND THE DAVES is pleased to introduce our very FIRST guest writer to the site, Brian Maze! While this may be his first appearance as a “writer” on the blog, he is far from a stranger. Mr. Maze is the talented artist whose “Horror Hosts pogs” have not only been a regular feature of our weekly reports, they’ve completely enhanced them. His generosity and  support can not be overstated and we are VERY fortunate to count him as not only an amazing contributor but good friend as well. Brian, like both Daves, is a big fan not only of the genre but the world of horror hosting too! His Virginia locale places him in an area rich in horror host history, both past & present. Dr. Sarcofiguy, Count Gore de Vol, and Karlos Borloff’s Monster Madhouse all herald from this region. We look forward to future field report from Brian regarding those characters, as well as meeting him in person this March at Horrorhound. Today, however, it is not Horror Hosts but Zombies who prompt Brian’s contribution. So, without further adieu….

Since World War II suburban living has been on the rise, individuals wanting a slower pace than the hustle & bustle of the city moved to “the burbs” for the American Dream of the white picket fence, front lawn & the two car garage. But Suburbanites needed somewhere to shop, and a central part of “the Burbs” is the Shopping Mall, with its Anchor stores, cell phone kiosks, coffee bar, & food court. The mall plays a central part in the fabric of suburban society.

The underbelly of this society is the Zombie. Zombies are more than merely undead versions of us; they represent chaos and the breakdown of the norm. This, in turn, plays on our own fears of losing the security of our daily routines, something we often resent and take for granted. George Romero knew this all too well, when he filmed DAWN OF THE DEAD, the classic zombie film which showed us what could happen when chaos reaches our last safe haven, the shopping Mall! Filmed at the Monroeville Mall, located just outside of Pittsburgh, PA, the mall is now permanently engraved with the rotting image of the zombie.

One store in the mall, Time and Space Toys has embraced the zombie by featuring an in-store museum called “Monroeville Zombies” that is based on the history of zombies in popular culture, including television and film.

The museum contains life size replicas of such notable zombies as Tor Johnson (PLAN 9 FROM OUTER SPACE), the German Super Soldier (SHOCKWAVES),  Michael Jackson (THRILLER), as well as many more.

As I entered through the cinema marquee that looked like it had been salvaged from the ruins of an apocalyptic theater, I felt like I was entering a fun house more so than a museum in the classic sense. And in some ways I was right, as I walked through the zombie statues, I got the feeling one of them would lunge at me for a quick bite. Some other terrifying touches include the Maul Of Fame, where famous zombie actors and celebrities have left their bloody signed hand-print. 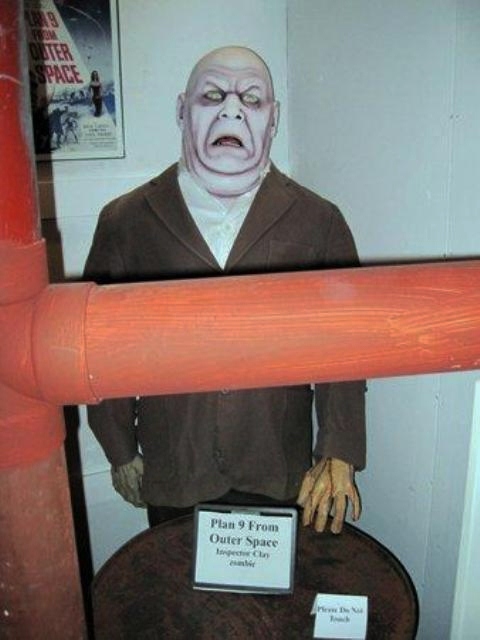 The museum also displays movie artifacts, memorabilia, as well as an amazing DAWN OF THE DEAD scale model of the mall as depicted in the film. If you are a die-hard horror fan and are in the Pittsburgh area, Monroeville Zombies Museum is a must see.

One thought on “Unearthing The Dead at The Monroeville Zombie Museum!”