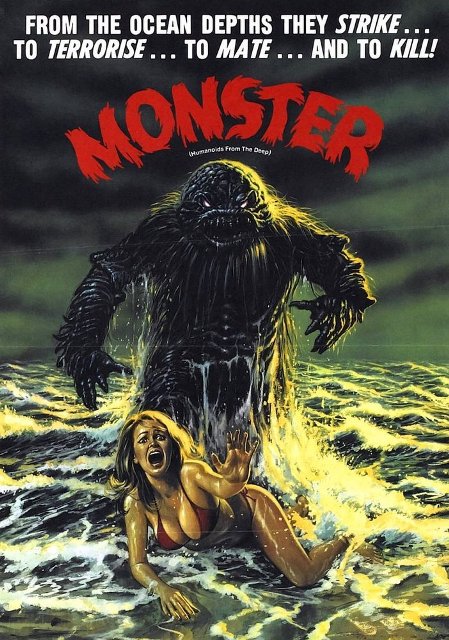 Since I was a teenager in the 80’s, the name Roger Corman meant alot to me. Though I didn’t get to see any of his films at the local drive-ins where they usually played, I did get to see them on videocassette and some of my fondest movie memories are of his films. How can you go wrong with monster movies filled with blood and all of the female nudity you could ever want? Just recently Shout Factory, the company that is releasing the long overdue Gamera titles, re-released a bunch of Mr. Corman’s films under their “Roger Corman’s Cult Classics” line. To be honest I already owned these titles in the previously released versions (New Concorde released this very same title in 2001 under their “Roger Corman Classics” series) but have been such a fan that I decided that buying them on Blu-Ray would be worth it. The first one I am going to talk about is probably one of the most controversial: HUMANOIDS FROM THE DEEP.

This film came out in 1980 and it wasn’t your typical monster-on-the-loose film. These monsters actually raped and impregnated women (which is where the controversy was). Thankfully these scenes were kept to a minimum and the resulting film is a very fun movie to watch. The “humanoids” themselves are actually pretty scary. Like the shark in JAWS these creatures would strike from below the surface of the water (though later on they revealed that they were also quite adept on land). 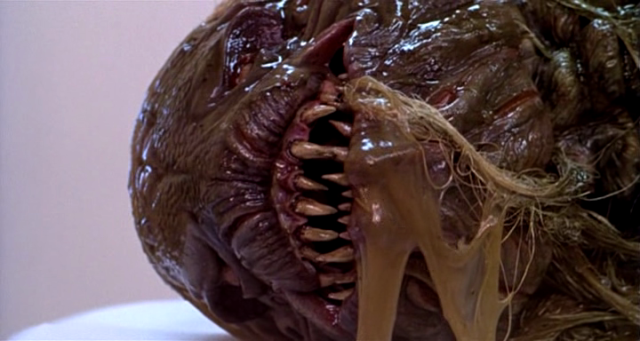 For a low-budget film (as was all of Roger Corman’s movies) it really set the standard on how good a movie can be with the right people working on it. The faces of the creatures are really cool looking (and being a monster mask collector, I am really disappointed that no one has made this creature into a monster mask!) and their attack scenes are really nicely done. They attack without remorse and of course have a preference for the ladies (which is good for us guys because one of the first things the monsters usually do is rip off the bathing suits of the girls being attacked). The pacing of the movie is really good and you never lose interest in what is going on. The special effects, though maybe not worthy of an Academy Award, are also really well done. In fact in one scene, where a male swimmer is attacked while making out with his girlfriend, the resulting wounds are, in my opinion, one of the most gruesome ever put on film! 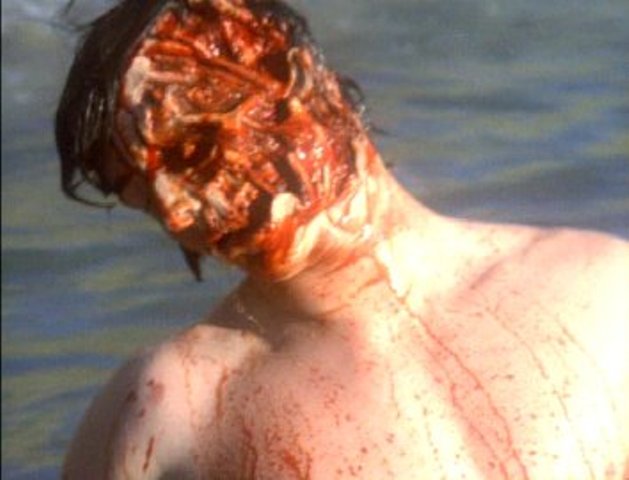 The story is typical of many monster movies of the time. A local fishing village is dealing with the controversial decision as to whether or not a salmon cannery should be allowed to open and help the local economy. On the one side you have the town folk struggling to survive, hoping the cannery will give the town of Noyo the shot in the arm it needs. On the other side, you have the Indian folk who oppose the cannery. Not only does this create some racial tension but when the creature attacks start, it is very easy for opposing sides to blame each other for these attacks. Once it is revealed that there are in fact monsters the opposing townsfolk must then band together for a common cause. This film stars many staples from the 1980’s: Vic Morrow, Doug McClure, Ann Turkel and Anthony Pena. The music was done by James Horner, who went on to do the music for AVATAR, BRAVEHEART and TITANIC. The effects were created by none other than Rob Bottin (who went on to do the effects in THE HOWLING and JOHN CARPENTER’S THE THING). 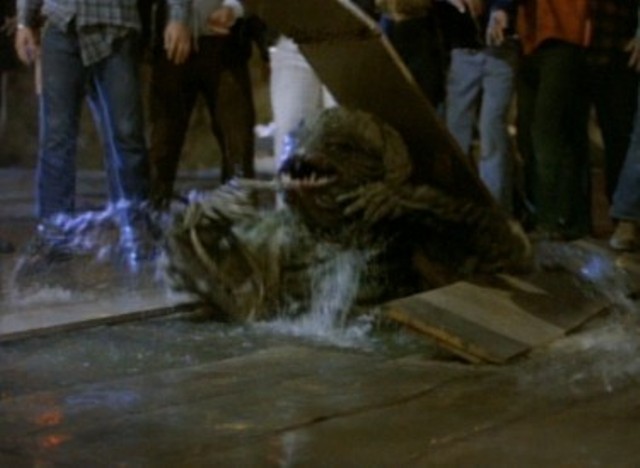 I highly recommend this disc, even if you do have the previous release. Though the disc says that it is the complete uncut International version, the running time of 82 minutes is the same on both releases. I did like the high definition transfer but keep in mind how old this film is…don’t expect a film of crystal clear clarity (but it is still beautiful to watch nonetheless). Also included in the special features are deleted scenes, trailers, tv and radio spots, an interview that Leonard Maltin did with Roger Corman on the making of the film and a documentary called The Making Of Humanoids From The Deep featuring new interviews with Roger Corman and others that worked on the film. These discs are well worth the price. If you have never seen these films Shout Factory has done an excellent job and it will be a great introduction to the films of Roger Corman. Next up…PIRANHA (1978).

Get Humanoids from the Deep on Blu-Ray HERE!