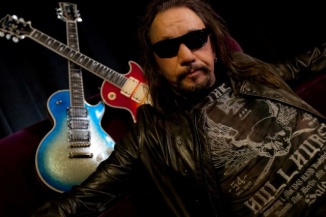 Despite his elusive reputation, legendary KISS guitarist, Ace Frehley, has been a guest of Days of the Dead several times. In fact, it was their first event in Indianapolis back in 2011 that I was finally able to add his signature to my KISS Marvel Comic (Story HERE). The fact that this event is able to feature him so consistently is pretty amazing in and of itself. But getting him to do a Q&A panel? Now THAT was really impressive. Regardless of the odds, it took place at Days of the Dead Chicago on Saturday November 21st, 2015; a date I’d later learn was already an important one in KISStory. What follows below are highlights from that experience, courtesy of my trusty digital recorder…

END_OF_DOCUMENT_TOKEN_TO_BE_REPLACED

(The Conclusion of Gene Simmons at Fright Night Fandomfest)

“Just go in there and enjoy a nice a conversation with Gene Simmons,” the staff person told us before leading us into a small room with a table of snacks (cheese and crackers) and non alcoholic beverages. There was a line of chairs set up in a half circle with Gene Simmons standing in front of them…no sun glasses this time.

Simmons: Come on in and make yourselves comfortable, that’s what this is all about. Feel free to grab yourself a refreshment. Ah…nice to see we have some women in the group.

One of them offered Gene a bottle of Snapple which he happily accepted (though he never opened it during this discussion). “See? This is why it’s nice having women!” he said. “Men just grab what they want and sit down but a woman will make sure you’re needs are met first.”

END_OF_DOCUMENT_TOKEN_TO_BE_REPLACED 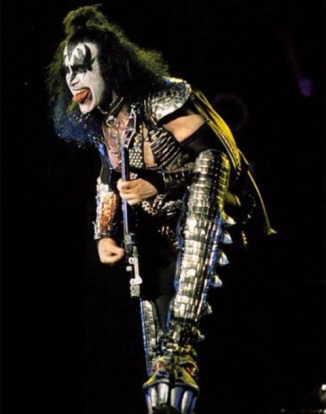 Before delving into what would become the most interesting and substantive celebrity encounter I’ve had to date…Gene Simmons at the 2013 Fright Night/Fandomfest…let me share a little background regarding my fandom of KISS.

So far as my fervor of the band is concerned I’m something of a late bloomer. Although I’d grown up during their zenith in the ’70s, they’d never been a part of my childhood as they’d been with so many others of my generation. Obviously I was aware of them and remember seeing their image on the back of comic books and on lunch boxes but that was about it.

END_OF_DOCUMENT_TOKEN_TO_BE_REPLACED

Still reeling from The Horror Host Hall of Fame, I went across the street with my friend, Russ Wrangler, to that gawd-awful Crown Plaza restaurant I mentioned earlier. It was Saturday and Horrorhound Weekend was now in full swing, though the lines seemed to be moving quicker (not quick, just quicker). We ate lunch while watching Dr. Destruction storm out again due to the service (for some reason that never got old) before Russ and I returned to the convention to do another walk through.

END_OF_DOCUMENT_TOKEN_TO_BE_REPLACED 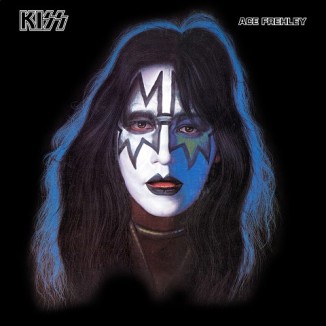 The first official DAYS OF THE DEAD convention received a huge boost when it was announced that the elusive, Ace Frehley, would be its top guest. Frehley, of course, was the original guitarist for the iconic rock band, KISS, and a strong percentage of fans (who proudly count themselves as soldiers in the KISS Army) will quickly site him as their all-time favorite member.

If not for Frehley’s talent than certainly for his lack of conformity. With his inability to adhere to a tight schedule, coupled with his shaky relationship with sobriety, Ace would not only be a thorn in Gene Simmons’ dragon boot but, so far as many fans were concerned, become the living embodiment of “cool.” Ace rejoined the band when it reunited in 1996 then left again in 2002. Despite his replacement, Tommy Thayer, donning his familiar make-up for subsequent touring, the majority of fans know that there is only ONE “spacemen” and that will forever be Ace.