The 2013 film BIG ASS SPIDER! has everything going against it. When I first saw that this film was available for sale on DVD and Blu-ray all I could think was, “Great, another SyFy Channel crapfest movie of the week!” Sure there are favorable reviews on the back of the box but anyone can write anything they want on these boxes and to be honest, I haven’t heard of one of the listed reviewers. Granted, it was also an “official selection” at the 2013 SXSW Film Festival but what exactly does “official selection” mean and what the hell is the SXSW Film Festival? When I found a Blu-ray copy for $10 I thought to myself, “OK, I will give it a try” and boy am I glad I did. This movie is hilarious and a lot of fun to watch. 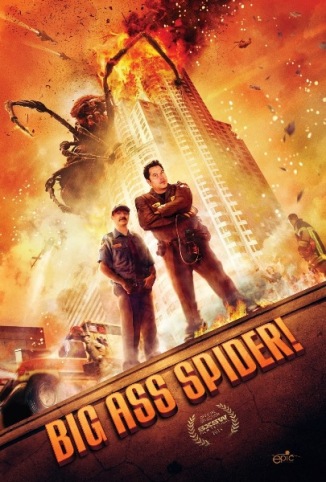