This year’s Nightmare on Chicago Street had near-perfect weather and another large turnout. My daughters and I arrived at the Safe Zone early to take photos and peruse a few antique stores located inside. The plan was for us to stay together until the arrival of MeTV’s national horror host, Svengoolie. At that point, I’d take off to assist him while the girls covered what was going on in the streets. And believe me, there was a LOT going on. 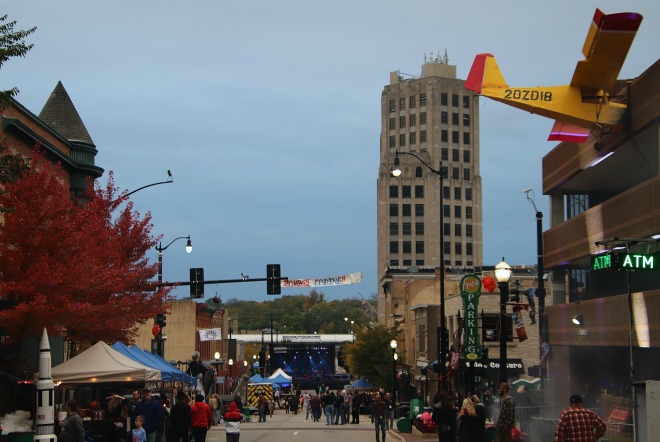 The annual zombie apocalypse had its usual embellishments -overturned vehicles, bloody props, and military personnel. After picking up our passes, we made our way down Chicago Street admiring its destruction. 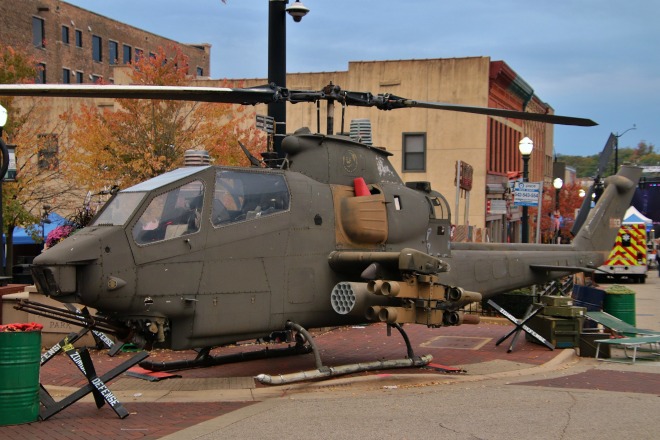 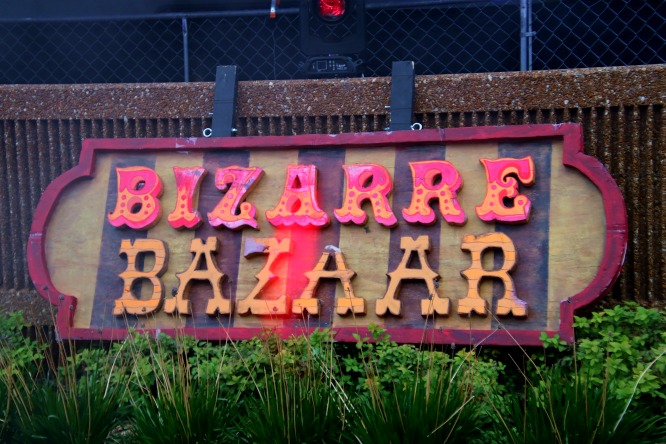 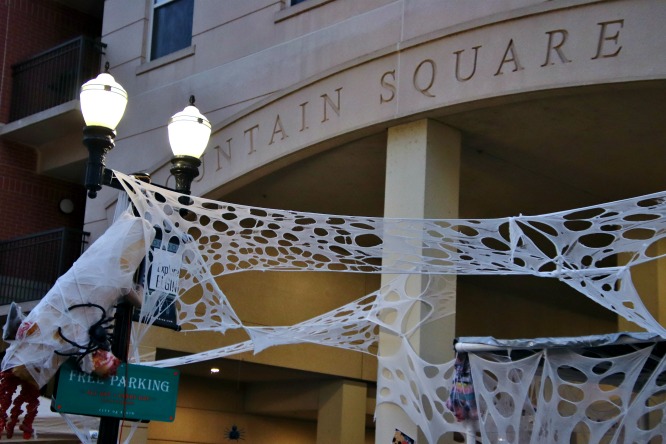 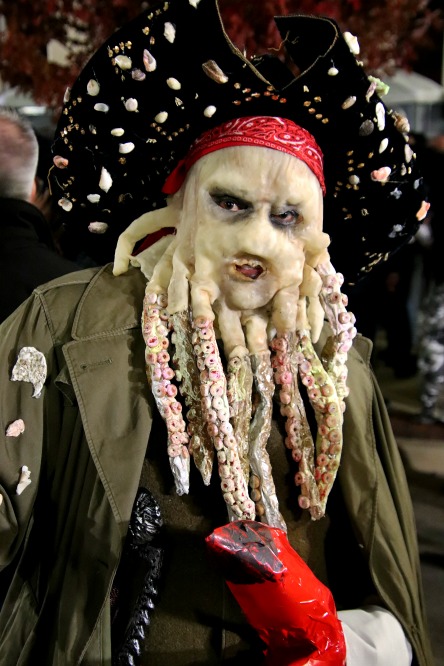 We also used the opportunity to support some of their businesses such as Rediscover Records and an antique store I love called Whatnots and Whimsies. In-between snapping pictures, I snagged some vintage soundtracks on Vinyl including STAR WARS (the same album I had as a kid), JAWS, and The Blues Brothers. I should mention the woman helping us at the antique store was dressed as Cruella de  Vil from Disney’s 101 Dalmations but was anything but evil. We also bumped into a visiting “Willie Nelson” who came fully “loaded.”

When we left I saw Elizabeth Haney across the street doing a panoramic shot of the intersection. I thought it would be funny to get a shot of her looking straight at me until my daughters informed me I was “being creepy.”

My “creepy” picture of David and Elizabeth

After stopping over at the Dr. WHO inspired Blue Box Cafe for coffee, we headed over to watch one of the live shows going on throughout the event. One was hosted by a drag queen named Auntie Heroin who performs live shows in the city.  Soon it was time for us to split up as I headed for Svengoolie Headquarters. I noticed this year they named his portion of the street “Svengoolie’s B Movie Blvd.” 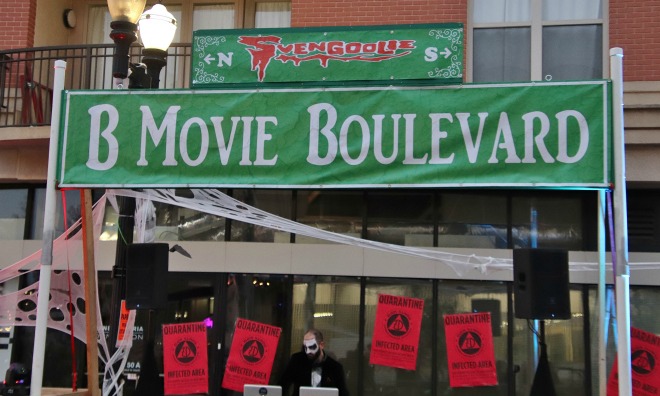 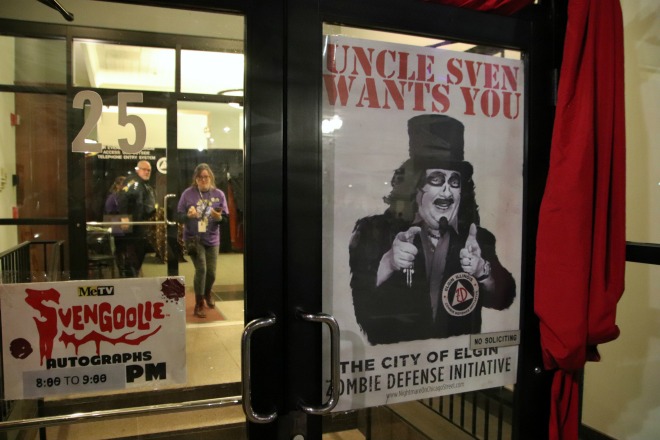 Alice Moring and Elizabeth let me inside and I was also greeted by Sgt. Jim Lullo, the officer who’s been in charge of looking after Svengoolie for the last six years. He’s always been very friendly and I was sorry to hear this was the last time he’d be serving Nightmare on Chicago Street in an official capacity as he’ll be retiring early next year. Hats off to Sgt. Lullo!

While waiting for Sven, Chicago’s “King of Geeks,” Elliott Serrano entered the room. Elliott was assisting Svengoolie onstage with the costume contest and again this year and the two work well together. I’d just seen Elliott in the documentary The People vs George Lucas (2010) and we talked STAR WARS a bit while waiting. It was a spirited conversation since we disagree on just about everything concerning that franchise. I have no interest in the upcoming film but I am excited about the Disney+ streaming series The Mandalorian. In contrast, Elliott feels the opposite and also dislikes Rogue One (2016) a.k.a. what I think is the only decent STAR WARS film since The Return of the Jedi (1983). Regardless, Elliott is a great guy and does an amazing job emceeing the costume contest.

Svengoolie arrived with a full crew; Jim Roche (assistant/producer), Chris Faulkner (director), and Chas Ailing on camera. Before letting the fans in, he did a quick interview with one of the locals. 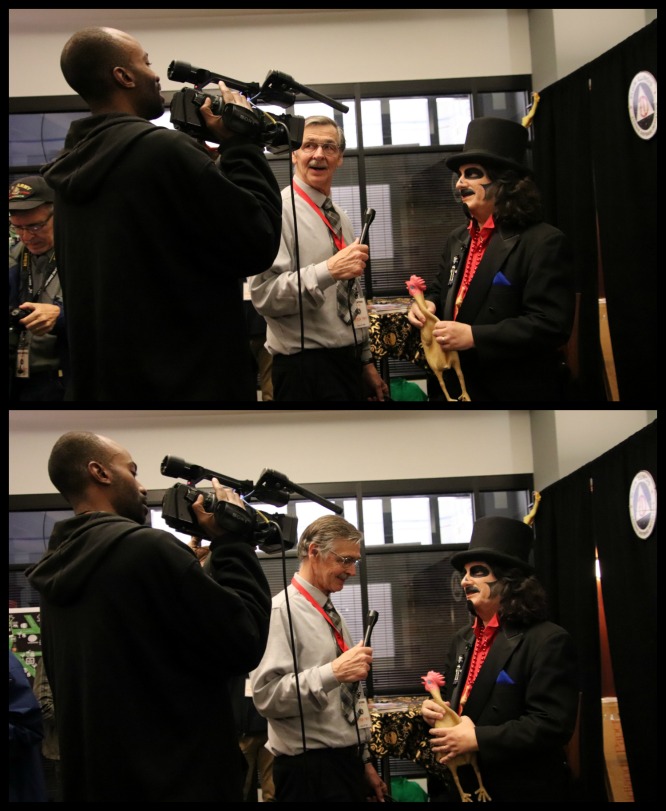 I was supposed to assist with merchandise sales but ended up taking pictures of Svengoolie with his fans instead. Just like his appearance the night before at the Ghost Conference, Sven brought along his special edition DC Comic to give out FREE to his fans. 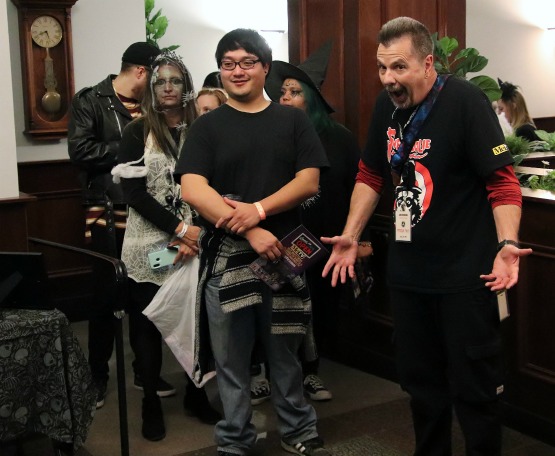 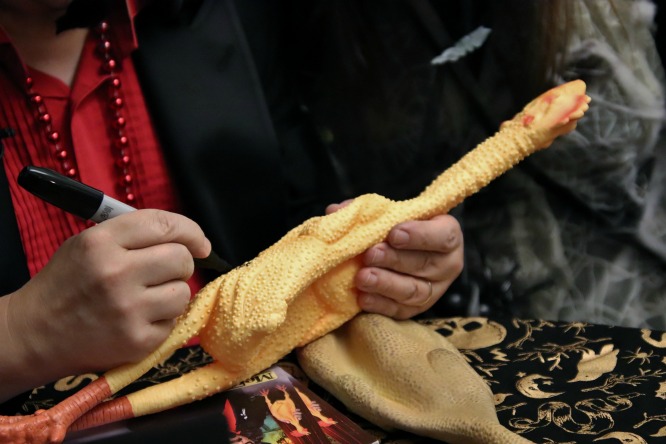 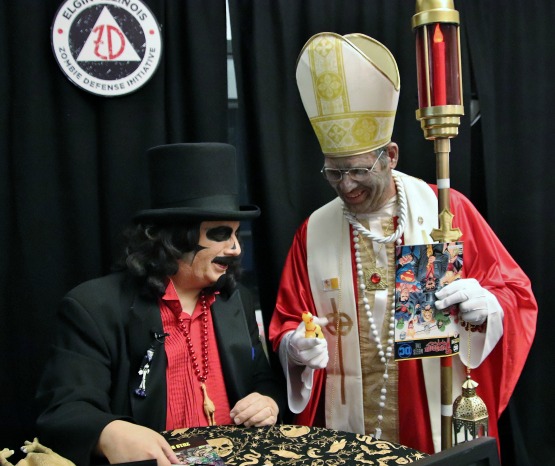 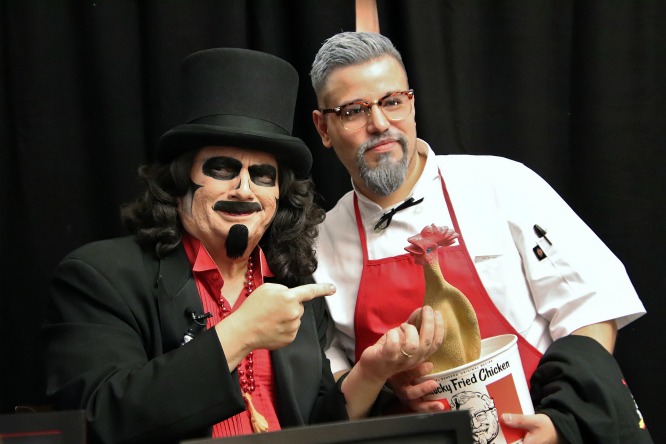 When it was all over Svengoolie had but a few moments to take pictures with friends.